I'm starting work on a Deathwatch army which will probably end up being around 1500-2000 points or so. My intention is to use Space Marines as the primary force with Grek Knight allies and an Inquisitorial detachment to act as Warlord. For the marines, troops will be Sniper Scouts in Deathwatch "Infiltrator" Pattern Scout Armour. This is detailed in the Deathwatch RPG books, specifically Rites of Battle. The idea is that they are veteran marines equipped for stealth ops. I think the models turned out nicely. More pics to come as I work on the army. 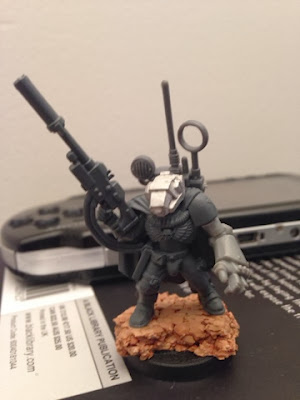 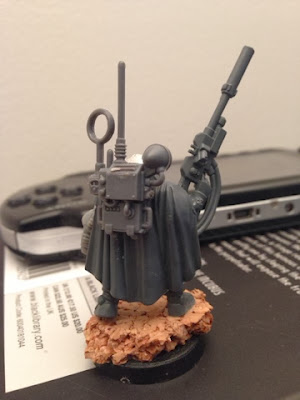 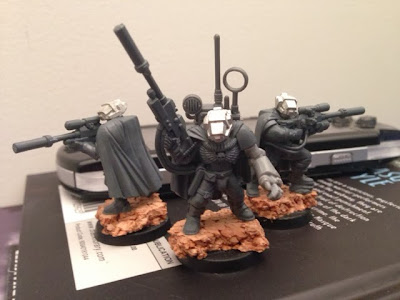