I've been wanting to get myself a Ghostkeel so that I can run the Optimized Stealth Cadre Formation.  With it being this close to Christmas, though, I can't really justify spending much money on myself.  I happened upon a posting where somebody had spray painted one of the below models silver and was using it as some sort of Necron C'tan counts-as.  I thought to myself...  this is exactly what I need. 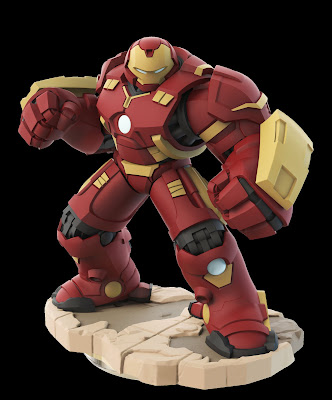 The model is a Hulkbuster Suit Iron Man for a Disney video game called Infinity.  You set the model on top of a little platform and then you can use them in game.  The model cost me 14 USD at a store where I had some store credit.  In other words, sort of free!

Step one was to cut off the base.  I want this model to blend in as much as possible with my existing army.  Consistent basing is a really good way to make this happen.  Cutting through that much vinyl dulled several razor knives and cut up my fingers pretty good.  But...  success! 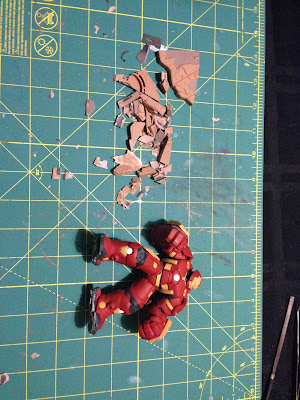 Thankfully, the bottom of his feet will not be visible! 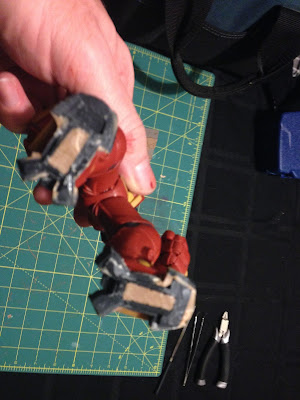 Once the annoying vinyl base was stripped off, I glued him, along with some cork, onto a flying base.  This official Ghostkeel comes with a 105mm oval base.  This guy is on a 120mm oval base, so he's a little bigger.  I doubt anyone will notice or complain.  It'll just make him a bigger target. 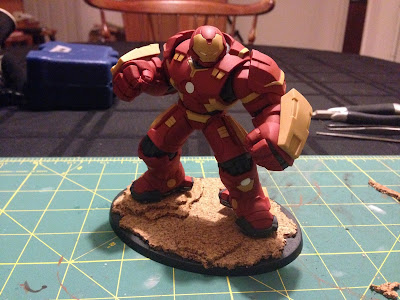 Now to add on a big Ion weapon and a couple of Fusion Blasters, along with some other Tau bits and bobs.  I also used some wooden furniture discs to give that rounded Tau look in a couple of places. 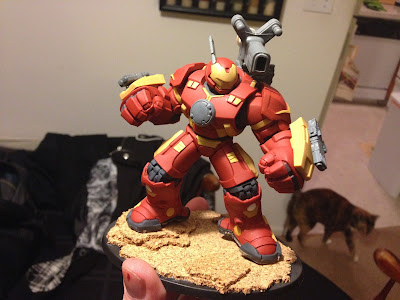 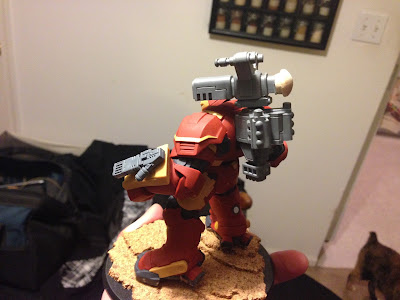 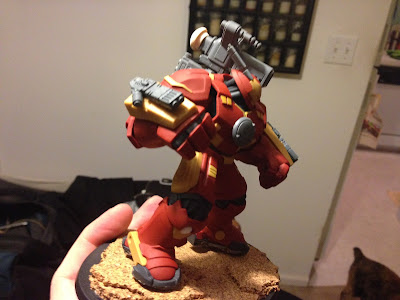 In the next two phots, you can see that he's imposing, but definitely fits in with the rest of the army.  The aesthetic is a little off, but I think a paint job will go a long way towards covering that up.  I'm still looking for a small Tau logo that I can shave off of something else and put on him somewhere...  likely on his shoulder pad. 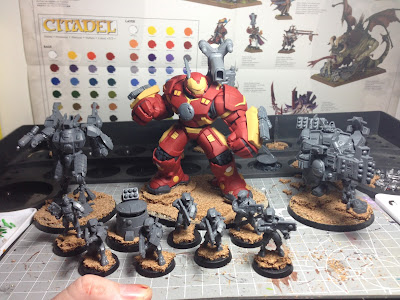 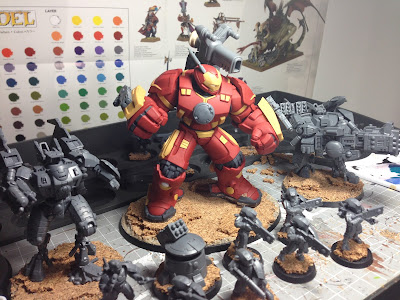 I can't wait to get a little paint on this guy.  I'm hoping that the weather holds up and I can get him primed and painted this weekend.