I decided to go crazy and get the rest of my Star Wars Armada Imperial Fleet painted up.  I know the models come pre-painted, but where's the fun in that?  I tend to be pretty bad at these sorts of games.  Positioning is my downfall 100% of the time.  If I'm going to lose, I'm going to do it in style.

First, I used my trusty IKEA Lazy Susan to get a nice primer coat.  I'm still using the 99 cent stuff from Walmart.  It works fine.  The pic looks a little weird because the primer is still mostly wet. 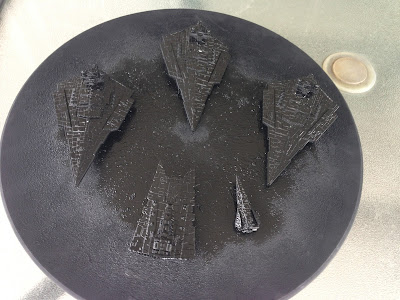 Next up was a drybrush/almost overbrush of Skavenblight Dinge followed by a very light drybrush of Dawnstone.  GW paints, as per normal.  The pic below shows the primed model on the left and the painted model on the right.  It's no a massive difference, but it's an important one. 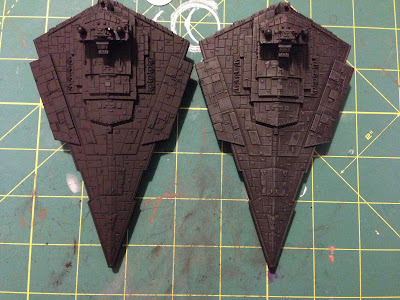 Next I used some Tamiya brand masking tape to mask off certain areas.  This stuff is amazing.  It's 6mm wide and comes in handy on all sorts of painting projects.  They sell it on Amazon for about $10, including two refills. 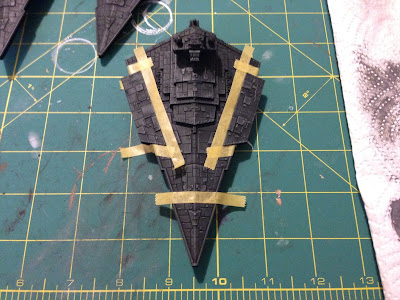 Once properly masked, I did the exact same drybrush routine over top of the black armored areas except with Mephiston Red and Squig Orange. 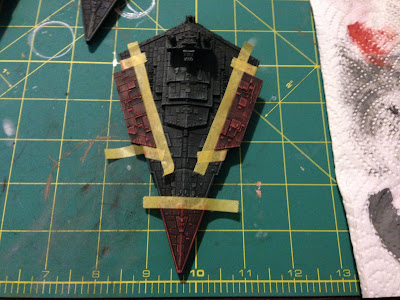 Pull off the masking tape and voila, completed model!  The entire process took maybe 10 minutes for this first ship. 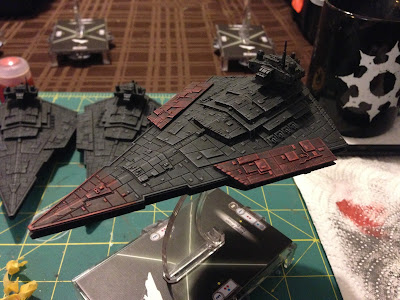 Here it is next to the Imperial Class I had previously painted. 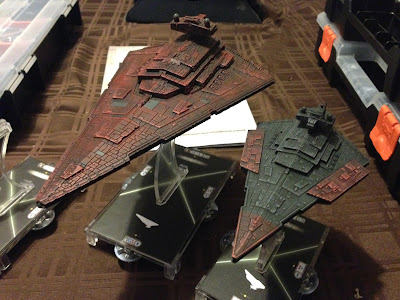 And because it took so little time, I did the exact same thing two more times and then again for the Gladiator class.  I'm really happy with the results.  I think the fleet is super menacing.  Next I'll have to figure out how to paint the squadrons.  They're so tiny.  I've never painted anything so small before that wasn't part of a larger model. 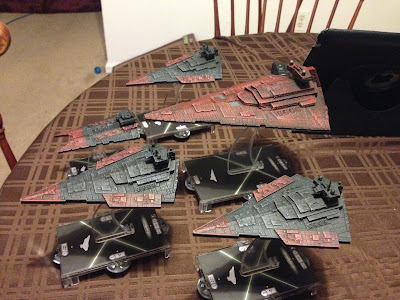