I have so much new stuff to post.  I started a new job recently, which took ALL of my time and effort.  I joined a new team that had recently been formed to resolve what I can only describe as a circus of garbage.  Combine that with my brother having a spine surgery and then a second surgery to fix the results of the first surgery AND my wife having a particularly nasty and lasting stomach flu (I mean, really...  the flu is supposed to be a couple of days max!).

BUT...  I think things are under control now.  My goal is to queue up a good two weeks worth of Mon, Wed, Fri posts so that I can get back into the swing of things.

First up is something that's coming out soon.  GW just announced more Custodes models with a proper Codex and HQ options and what not.  I'm seriously considering building a 1000pt force.  1000 points seems manageable and given the elite nature of the army, would probably be only about 15 models!

Here are some of the pictures from Warhammer World Open Day.  The one Contemptor Dread looks like the basic plastic one with a really goofy wing bit glued onto the front.  I hope that's not an official plastic variant.  Looks pretty bad. 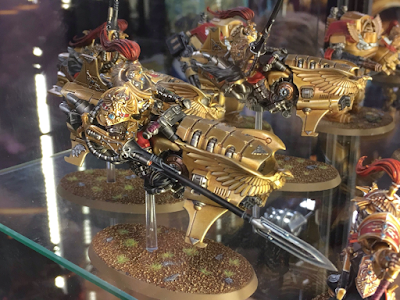 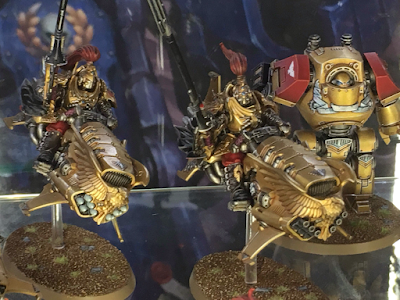 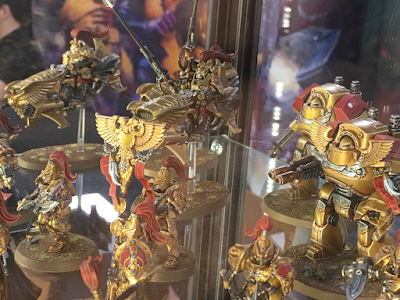 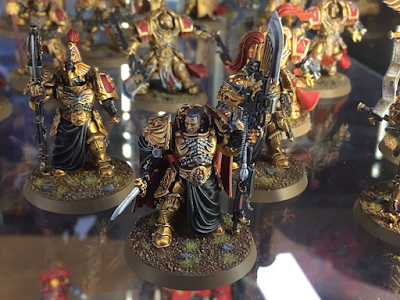 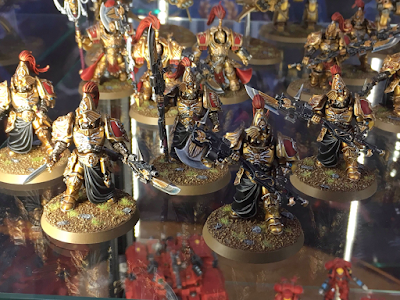 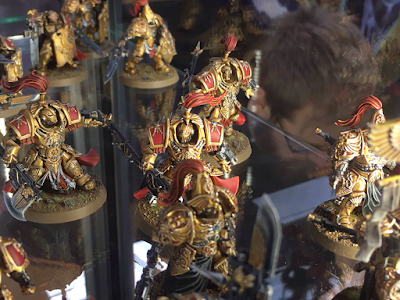