I know the various blogs have been going crazy with rumours lately, but it looks like some solid leaks are starting to come out.  The conclusion of the Shield of Baal Campaign, Exterminatus, definitely has new Necron rules as can be seen on the below image.  If you look closely, you can also see what looks like a brand new Lord/Overlord on a 40mm base.  Looks like the Necrons in Exterminatus belong to the Mephrit Dynasty. 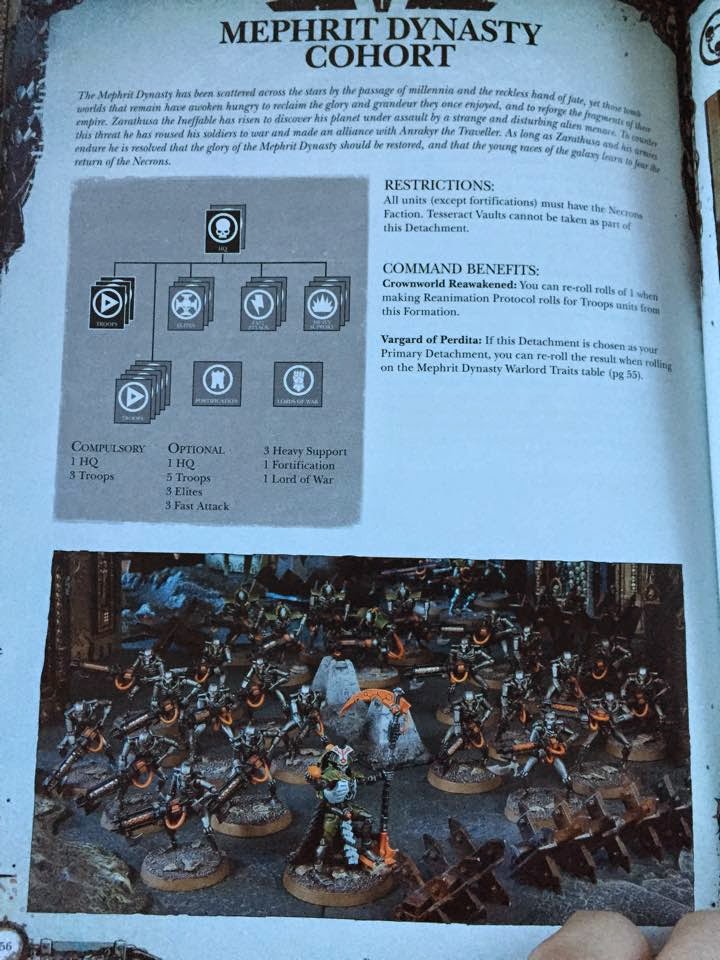 The Necron Warriors LOOK new, but actually aren't.  White Dwarf #46 has the conversion used to make these as well as an example of what the finished model looks like.  I totally recommend doing this.  One box of Immortals will give you enough bits to convert a full box of Warriors.  Just make sure to make Tesla Immortals! 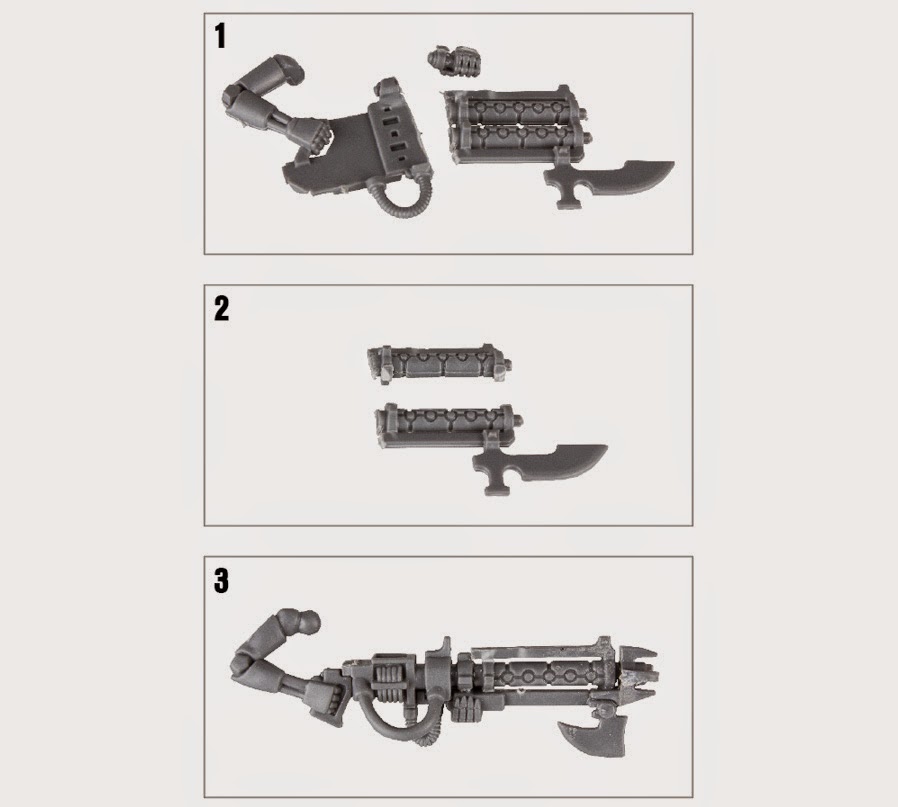 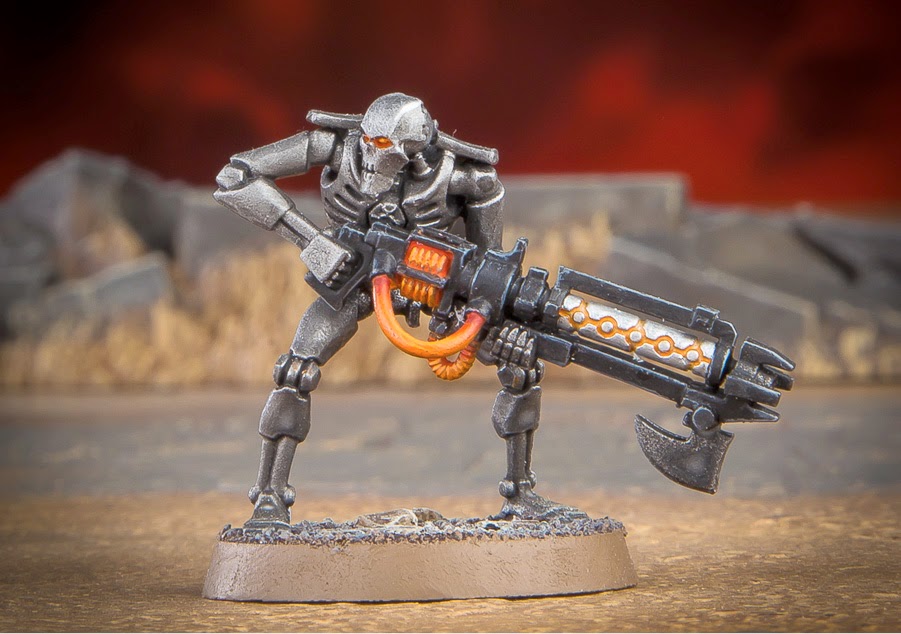 Lastly, I'm pretty excited about this new book, Devourer, coming out.  It's nice to see some Black Library love where the Necrons aren't just moving targets for Space Marines.  Supposedly this one will have some actual dialogue between the Mephrit Necrons and the Blood Angels.  I'll be reading it soon and I'll post my thoughts. 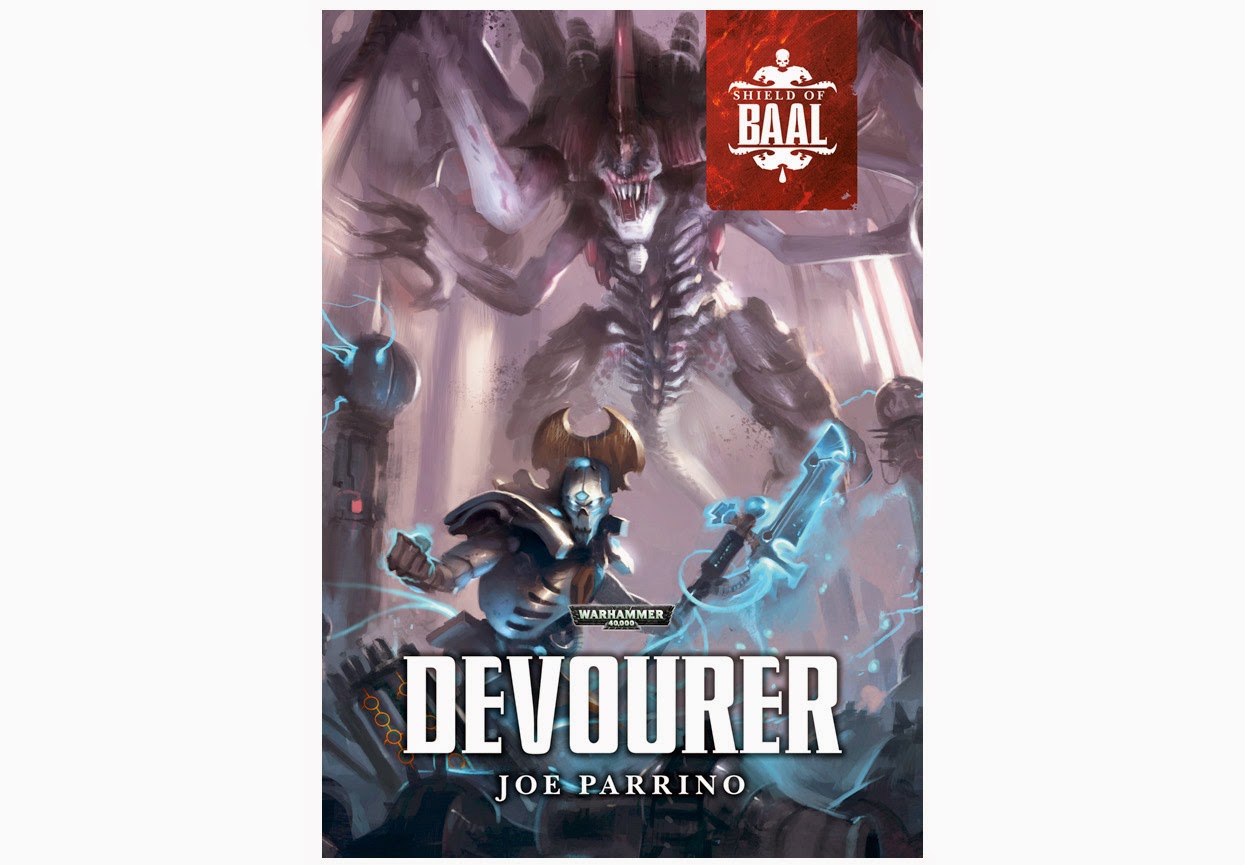