I got my Kickstarter copy of Zombicide Season 3: Rue Morgue a little early.  It wasn't supposed to come in until February.  Evidently, the warehouse was getting pretty full, so they sent out early shipments to the American backers.  I still have to wait until February to get all the various add-ons and extra backer awards, but it was nice to be able to play an early game.

My wife and I like to play board games together and as a group with friends, but I'm WAY too competitive.  To paraphrase a favorite author, if life were an elementary school run by well meaning people, my report card would say "Kris is a nice boy but doesn't play well with others."  I know this about myself.  So...  it's nice to have a cooperative game where if one person wins, everyone wins.

I've only played through the tutorial mission once, but am planning on playing through some more soon.  Here are a couple of photos of the game in action.

For those of you who aren't familiar with the game, you and your friends control a group of 6+ survivors who have to achieve different objectives.  Each turn, and also when certain game triggers occur, additional zombies spawn at certain spawn locations.  Zombies are controlled by the game.  They always move toward the loudest room and always attack anyone in the room with them.  The objective of the tutorial mission was to get all of the survivors to the helicopter in order to escape.  It was very easy, but I think the point was to learn the rules and not have a challenging game.

I'm really looking forward to the add-ons arriving in February. 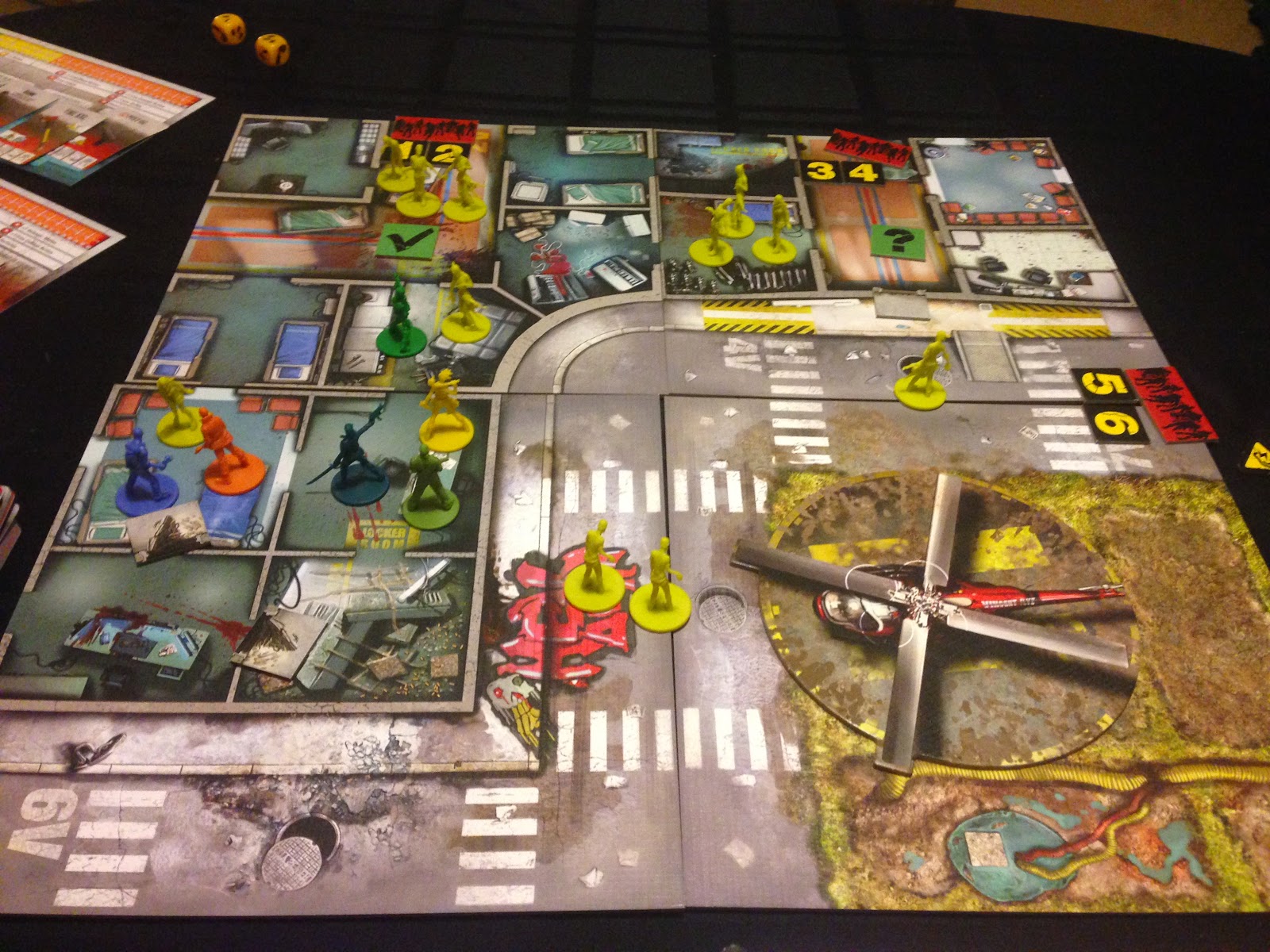 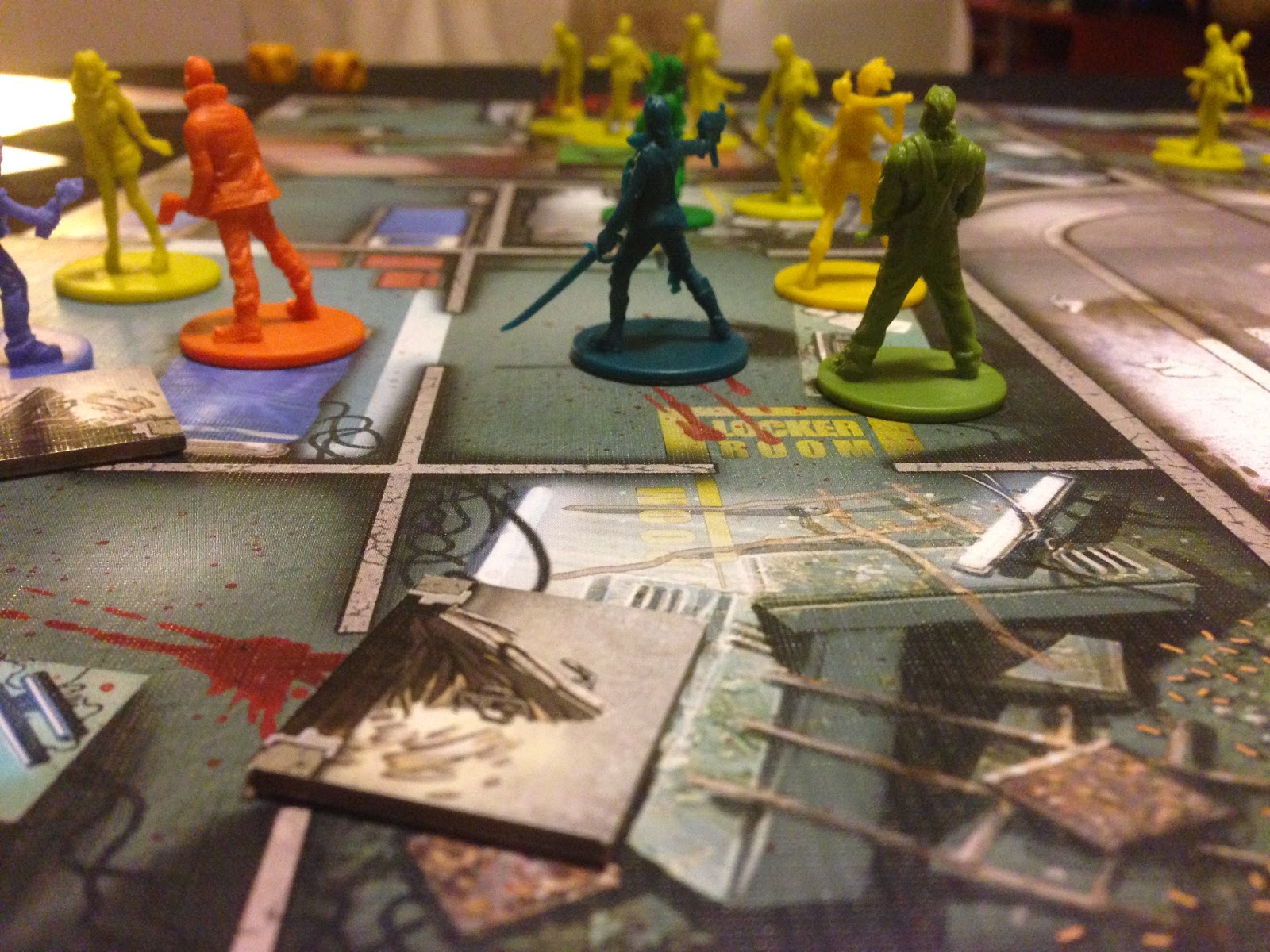 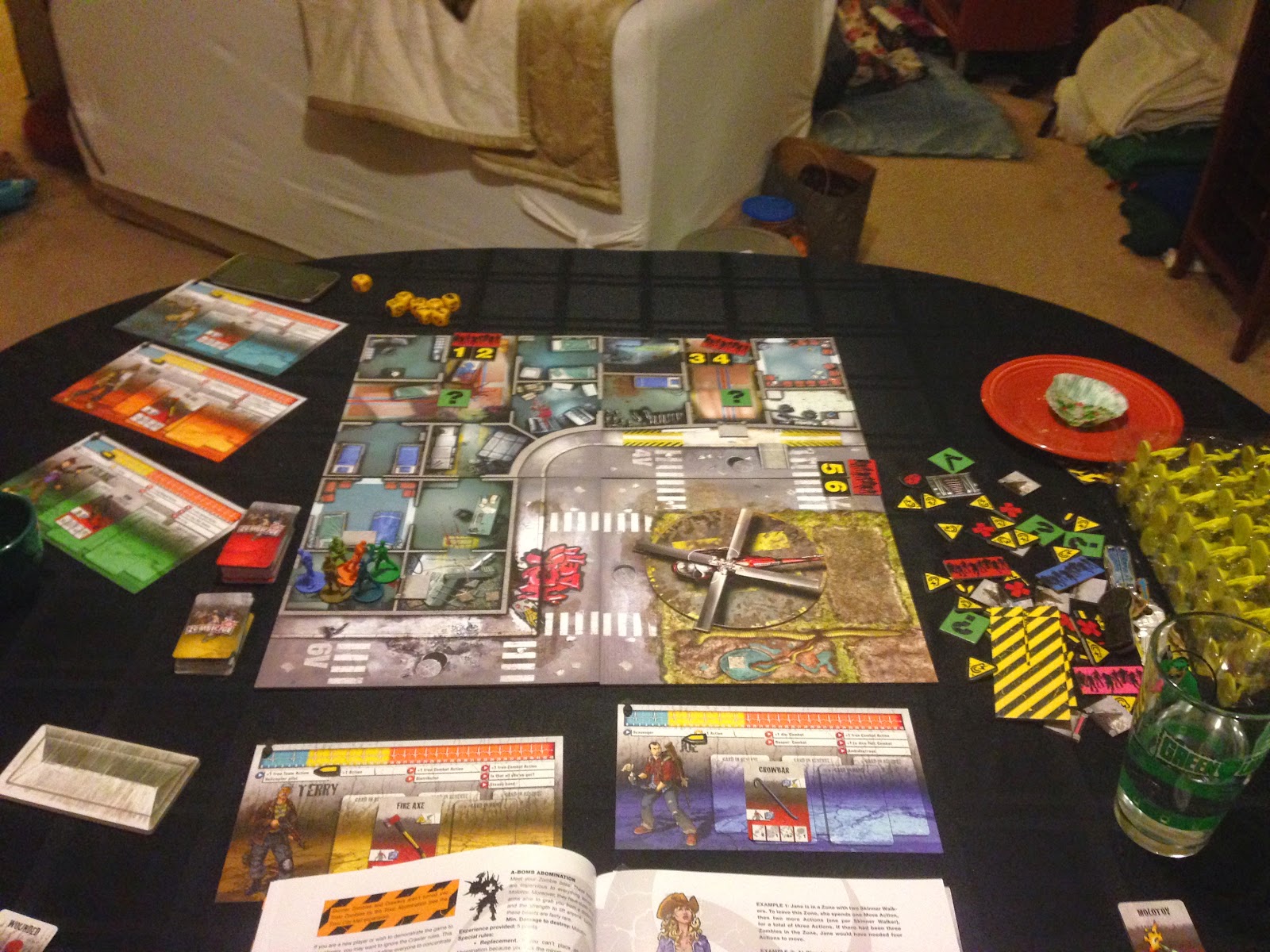