I'm definitely still feeling like crap, but at least I did some work on my custom codex.  The intent with this thing is to put together a sort of Codex: Unbound by reformatting and collating all the eBook Codexes I've purchased thus far.  I'm really happy with how it's coming along.  I'm a little hesitant to post pictures as it might seem like I'm spreading copy written rules, but I think it's ok to post these as the rules are currently freely available in the Forgeworld downloads section.

This is the template I've created and decided on.  The idea is to have everything you need to play the model on one double-sided sheet of paper. 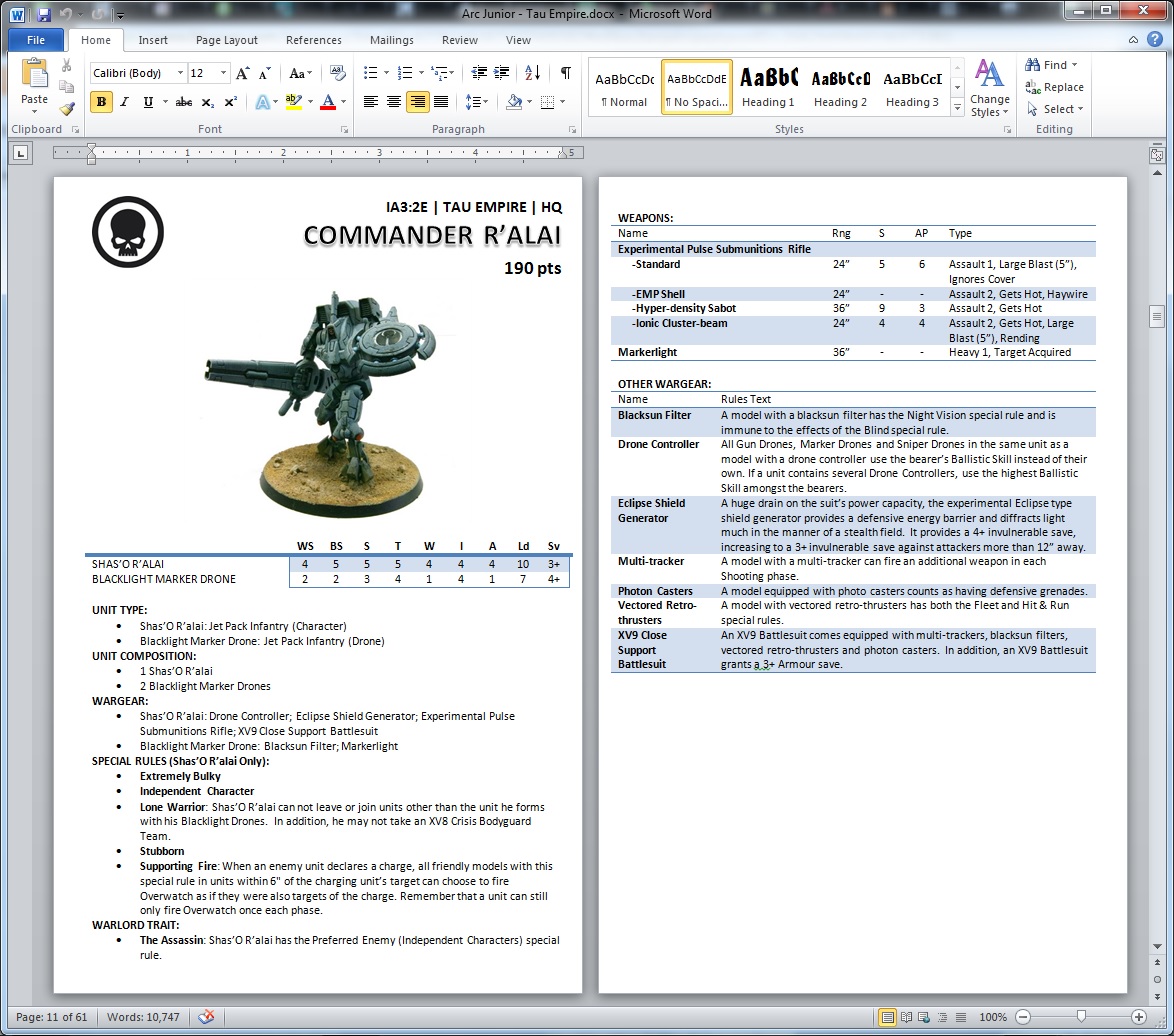 Each unit entry is on one double sided piece of paper.  The paper itself is 5.5" by 8.5".  It's considered "Half Letter" or Statement size.  I basically went out and bought fancy resume paper and then cut it in half since I couldn't find any Statement size paper anywhere in a decent quality.

For the actual book itself, I'm using a blue, leather-bound Arc Junior notebook from Staples.  You can buy one here from Staples.  The black (linked) costs 17.99 USD only.  The colored ones are a little more.  Here it is from Amazon.com for non US visitors.  It's a little more (24.99 USD), but probably easier to buy.  One really nice thing about the Arc system (also called Levenger Circa) is that the pages can be removed and put back in very easily.  This is great for an in game situation where you might want to pull out one or two units for reminders.

I made one of these for a friend previously on a less ambitious scale.  That one was more of an Orks only sort of thing.  This is intended to encompass all armies over time.  It's a little time consuming reformatting the unit entries, but this entire hobby is a labor of love.

Below is a picture of what this actually looks like in the notebook.  I've already finished Codex: Imperial Knights as well as all the miscellaneous Forgeworld and White Dwarf Knight units.  I'm also about 75% through with Tau Empire.  I think Necrons will be next as that's the army I'm currently working on painting. 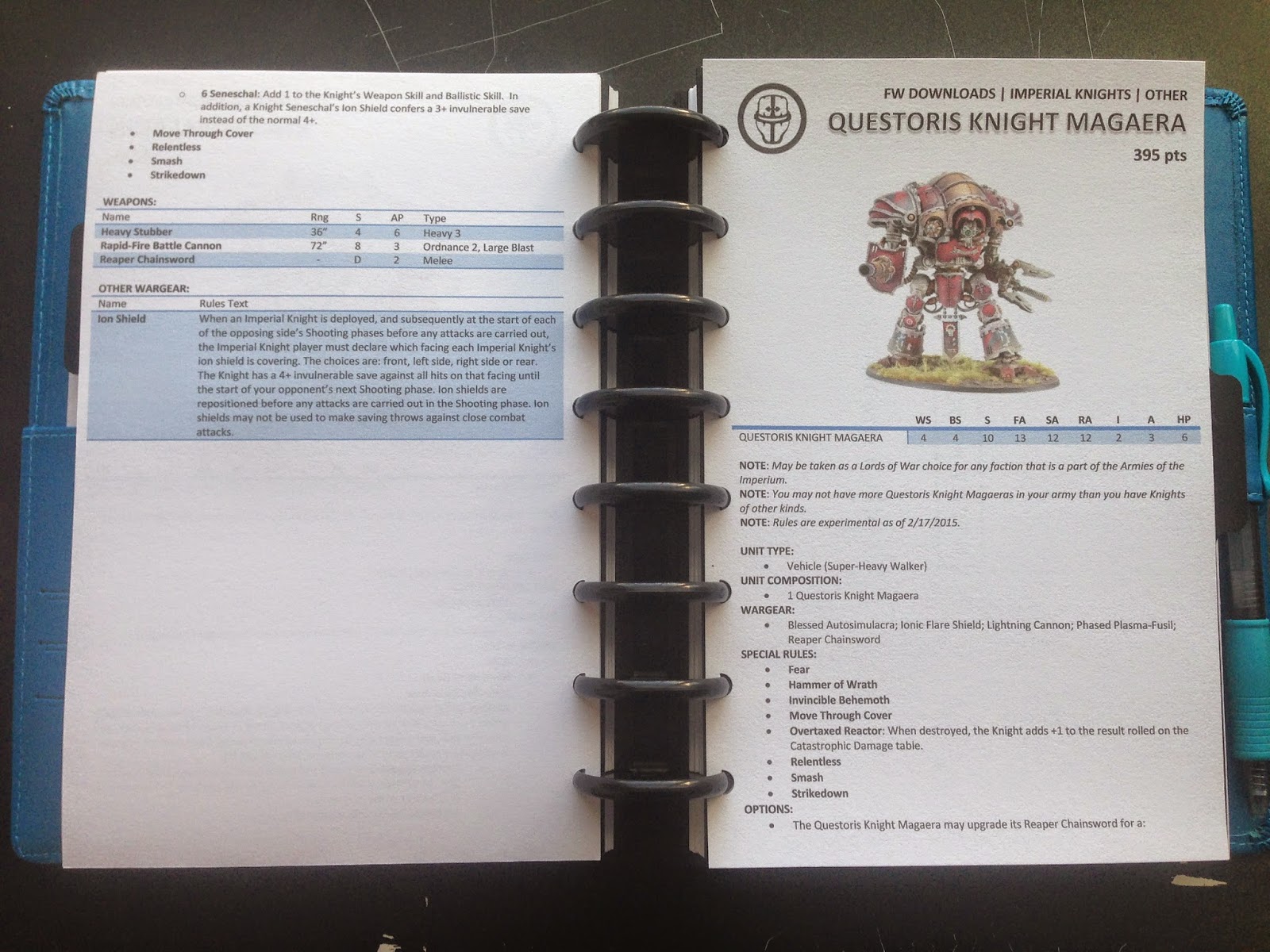