There are some rumors circulating that when the Blood Angels are released, GW will take the opportunity to update some model kits from the primary Space Marine line that need to be updated.

Now, Blood Angels could definitely benefit from plastic version of some of their HQs, but they have a pretty solid assortment of plastic kits already.  Between the Baal Predator, Sanguinary Guard, Death Company and Furioso Dread kits, they're not really missing anything.

There were some rumours a bit ago about GW having new Scout sculpts finished and ready to go, but just waiting on a good time.

I'm gonna go out on a limb here and say that replacing the 2 $25 Scout Boxes with a $33ish 5 man new Scout Box would be a standard GW move.  As such, I'm going to put the Scout army on hold until the Blood Angels are released (theoretically soon).

What should I work on in the meantime?

These guys are looking pretty sweet to me.  I'm looking forward to the Codex because I want to see what options the Wracks and crew have for self sufficient armies.  I'm really looking for a themed army to work on.  I tend to have more fun assembling and painting when there is a theme. 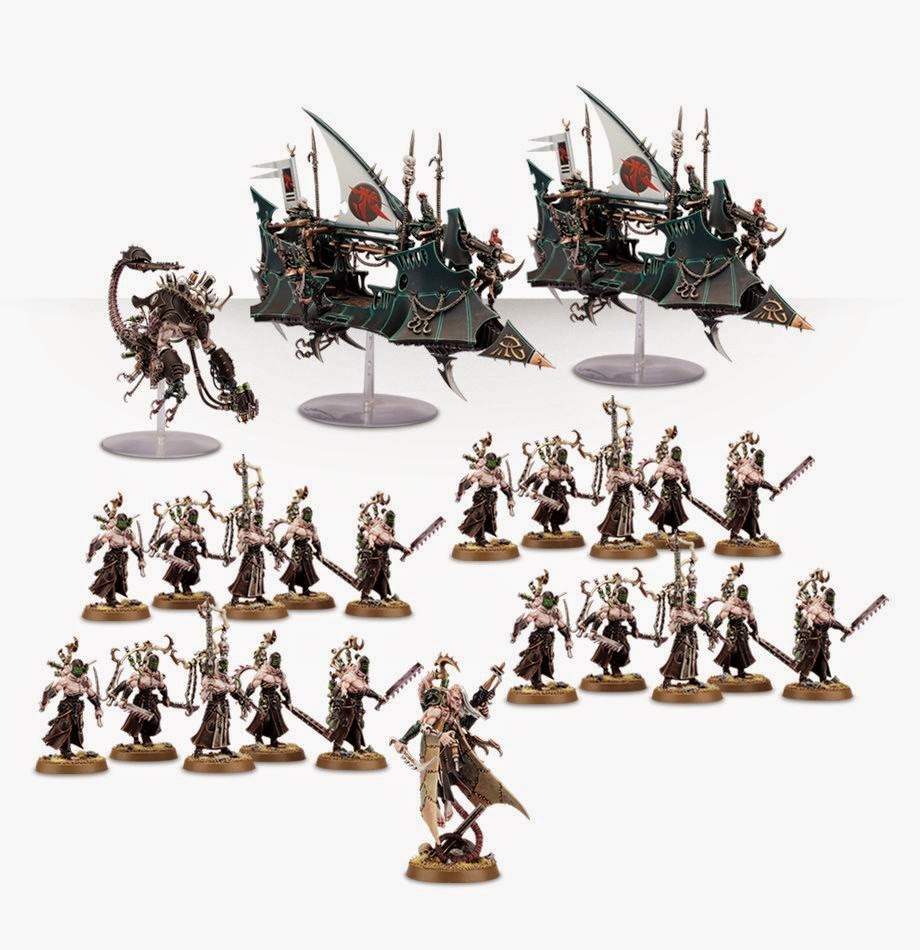