I got a small amount of work done on my first batch of Immortals.  They've been re-based on 32 mm bases and sprayed black.  I'm expecting they'll be complete by Monday. 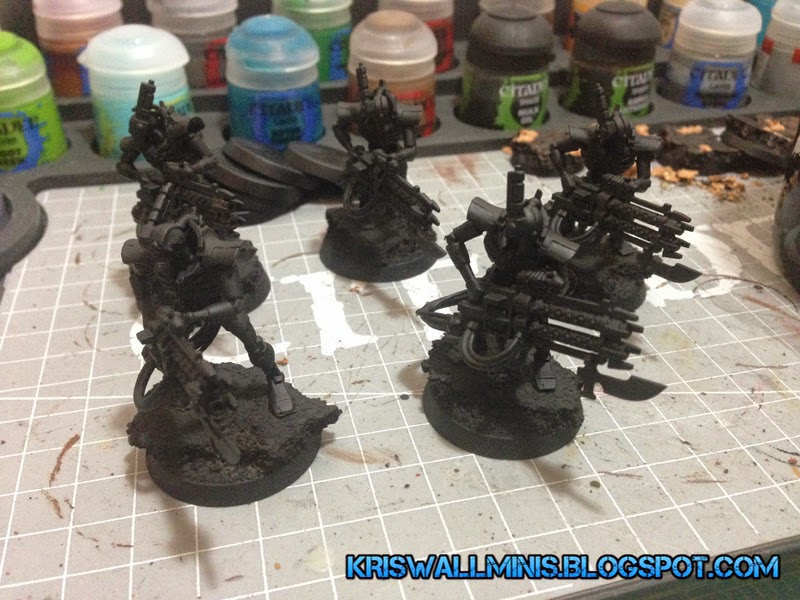 By putting the Immortals on cork and 32 mm bases, they literally tower over Warriors.  I think this is a nice visual queue that the Immortals are intended to really be much bulkier. 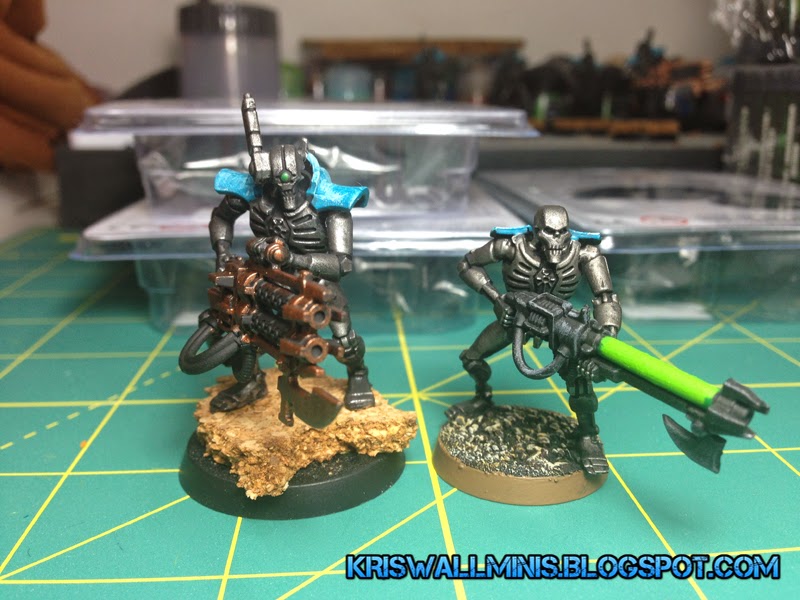 The Immortal in the picture was a work in progress and has since been sprayed black to restart.  He's one of the dudes in the top photo.

Lastly, I met up with a buddy last night and we traded some of my old "I'm never gonna work on this" Eldar stuff for some new in box Necron stuff.  So, yeah...  my to do list is growing. 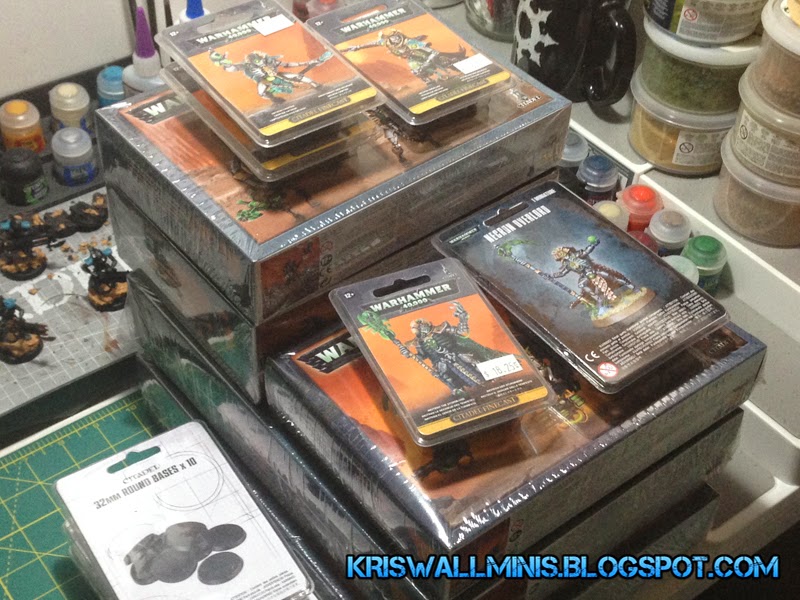 Lastly, I'll be meeting up with my buddy soon to play a series of 500 point quick games.  We're experimenting with different units and thought it would be fun to play something between Kill Teams and a proper battle.  I'm thinking about bringing a Canoptek Harvest with a Cryptek or two mixed in, but I'm not sure that I can make the points work.  I think I'll have to go Unbound for this.