I ran across this very cool little Gundam model at Barnes and Noble over the weekend.  Depending on how long you've been following this blog for, you may know that I previously made a "Crisis Spotter" conversion to replace the Firesight Spotter guy in a Sniper Drone Team.  I liked the idea of a Crisis Suit with a fancy, up-scaled Markerlight "gun".

Here it is in case you've never seen it. 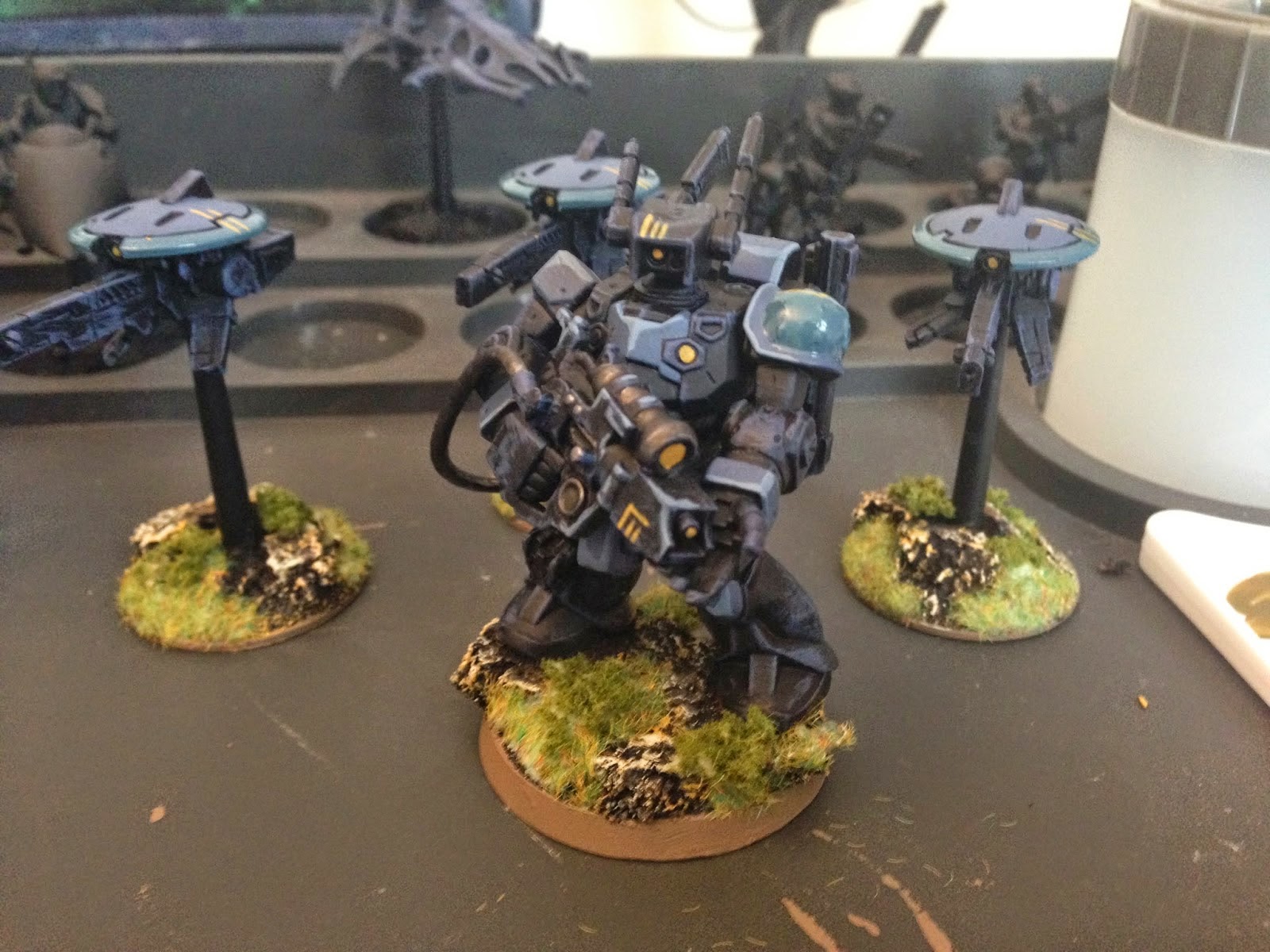 I think it turned out well and definitely has a Tau feel to it.  Keeping the color scheme consistent and making sure a couple of prominent features are made with Tau bits (the head, in this case) makes the model look like it really belongs in my army.

I found this new Gundam model and I think it'll be the perfect base for a "Broadside Commander" conversion.  The model is large enough to fit on a 60mm base with just a little overhang.  I have him standing on a beat up old Dreadnought base in the below photos for scale.  You can see how it compares to a Crisis Suit and Broadside, both standing on cork.

I'm thinking that I'll be able to glue some wrist mounted missile pods, a Crsis Suit head and maybe a few other bits and bobs to make this look like a Tau Empire model.  I'll most likely try to work in some Fire Caste emblems here and there.  I'll also most likely try to use plastic card to emulate the armor panels with lines running through them.  I'm not sure how it'll work out, but I think it's going to be a fun side project.  Don't worry, though!  The Necrons aren't going anywhere.  They're just still waiting on that Leadbelcher paint.

In the last photo, you can see how the arms come completely apart.  Other than a few bits on the back, the rest of the model is one piece.  I'm sure I could pull it apart, but I don't think I'll need to.

I'm also thinking I'll have to trim the feet down.  They're comically large. 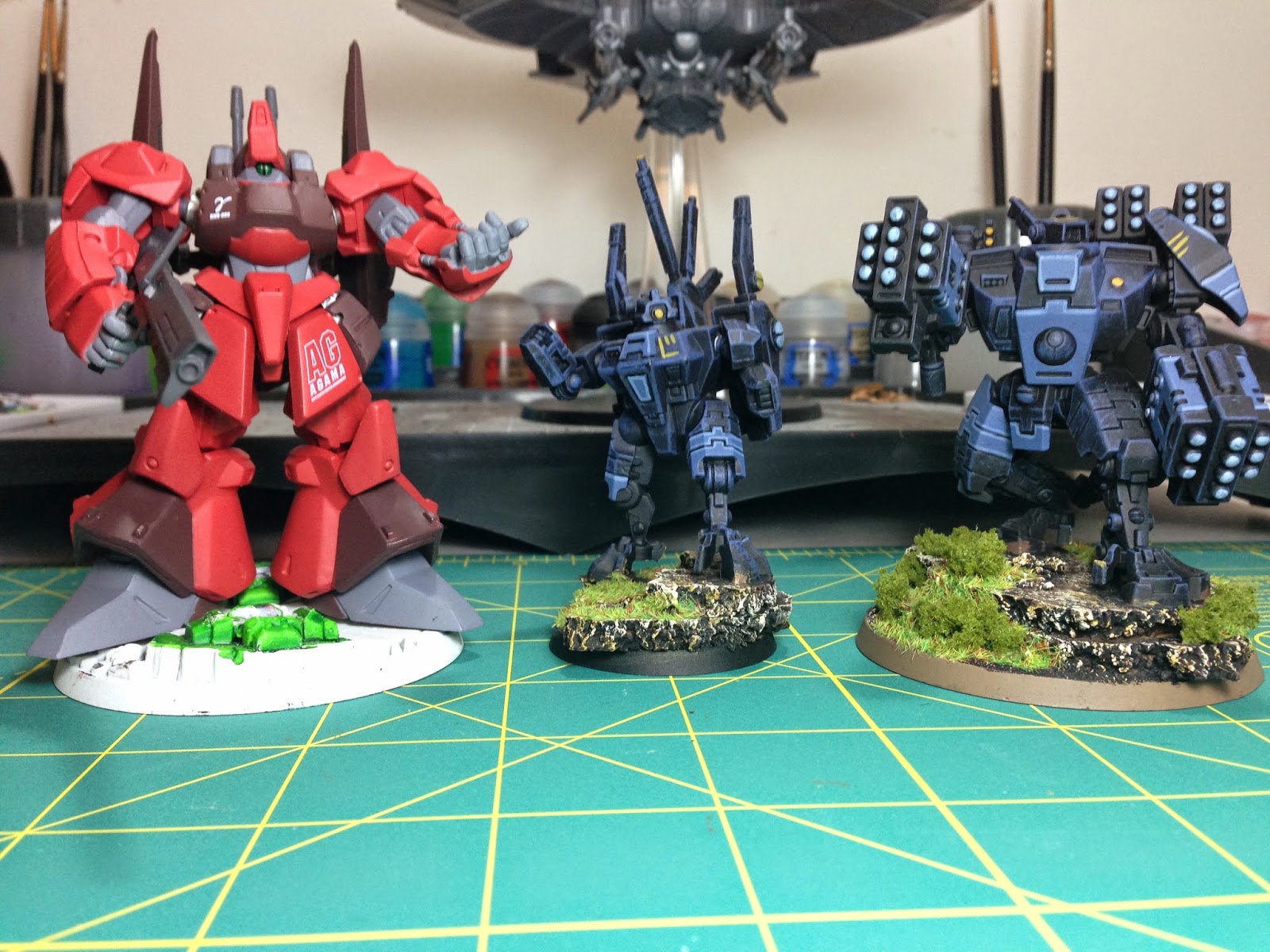 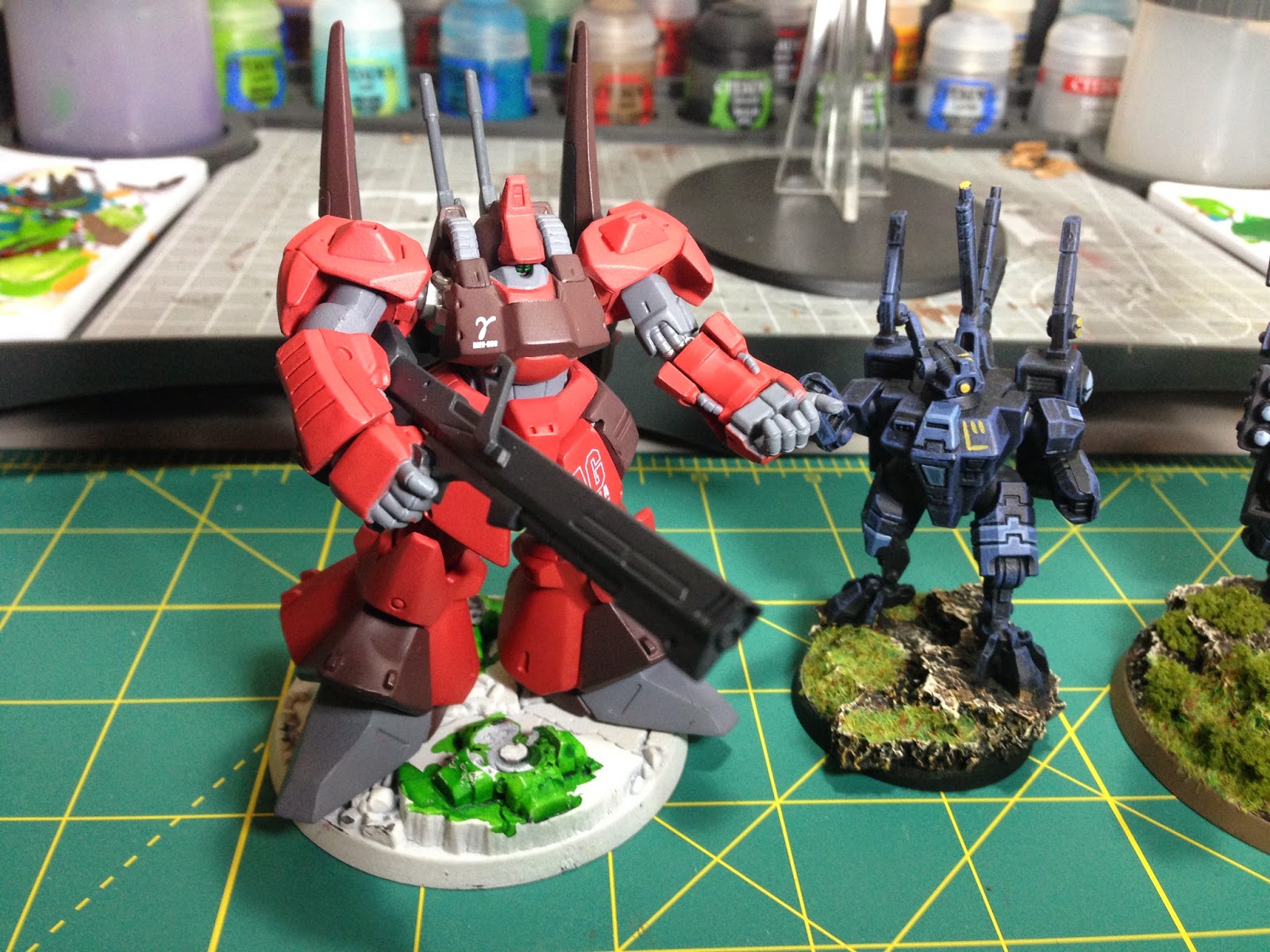