I picked up the new Codex: Space Marines today and I'm VERY, VERY happy with it.  So happy, in fact, that I already started plotting out my Scouts only army list.  Scout Sergeant Telion is now a straight HQ, so you have a couple of options for a Battleforged army list.

#1 - Combined Arms Detachment.  Now that Telion is an HQ, you can field him as your required HQ.  This leaves Scout Squads as the Troops, Bikers and extra Land Speeder Storms as the Fast Attacks.

#2 - 10th Company Strike Force.  This is a new Formation included in the new Codex.  It's basically 3-5 Scout Squads or Scout Bike Squads with the option of also including Telion.

I'm still working out the details, but I did start an army display board for this force.  It's going to be a 2' x 2' board segment, so it'll fit in with a modular table setup.  I've got the general terrain layout set up.  The one bit that sort of looks like a footprint is totally going to be a giant footprint.  I'll write up a little fluff to go with this.  Some sort of Chaos Giant will figure in somehow. 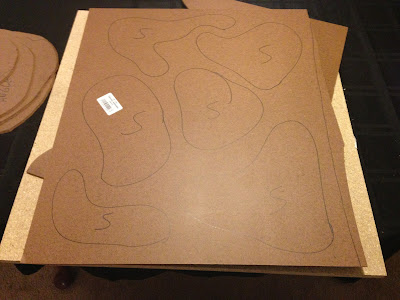 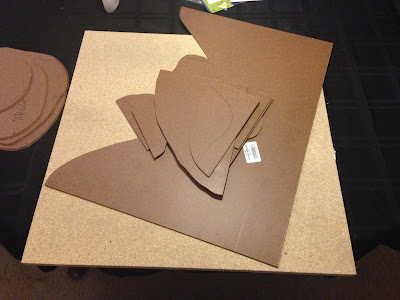 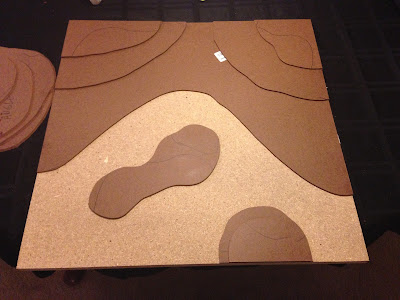 While I was at the saw, I went ahead and cut out a couple of area terrain bases to use for the WIP terrain I posted earlier.  I'll most likely finish these up first, in between painting models and working on the display board. 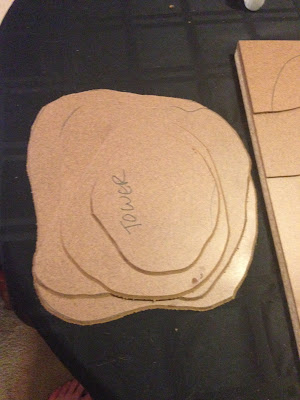 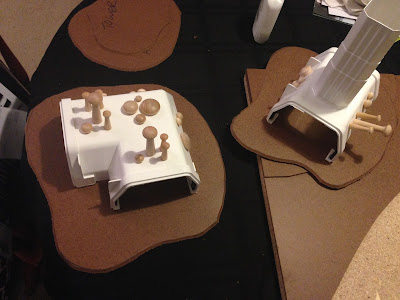