Games Workshop revealed the long rumored (and oft secretly photographed) Primaris Space Marines.  People have been calling them Truescale or NuMarines.  From a fluff standpoint, they're super-Marines commissioned by Roboute Guilliman from Belisarius Cawl almost 10,000 years ago.

The models have a more realistic proportion.  Games Workshop is known for its "heroic" scale, which means that arms and legs are exaggerated.  A model's hands are frequently larger than its head.  I think they did a good job making these new guys a little better. 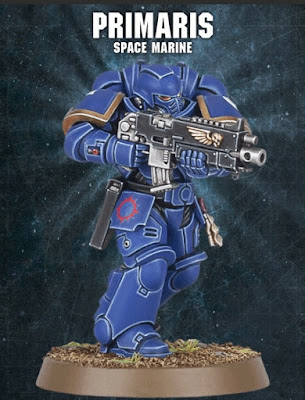 From a rules perspective, they're basically regular Veterans with an extra wound and a slightly better gun.  I'm curious to see how many points they up at.

One interesting thing to look at.  The guy in the below picture with the red/white striped helmet clearly isn't an Intercessor.  He's on a 40mm base.  He has a power sword.  Power swords aren't a listed upgrade for the Intercessor Squad.  The dude with the red helmet is clearly the squad sergeant.  I'm assuming that this new guy is a Captain or something.  Time will tell. 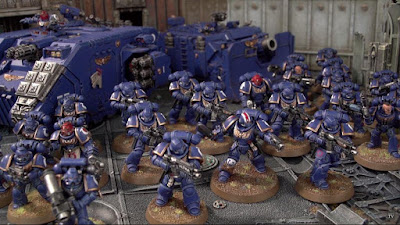 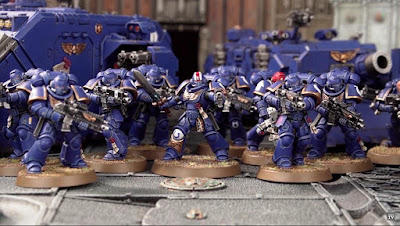 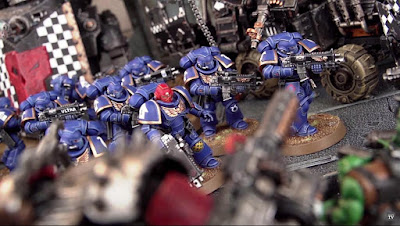 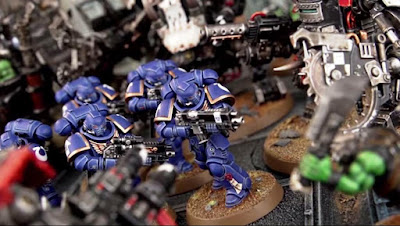