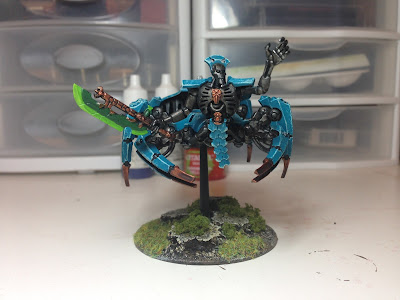 I've been wanting to run this guy ever since I kitbashed and painted him.  I'm finally going to get a chance.

I put together a 999 point list using the new 8th Edition rules.

The Warriors will simply walk forward with the Cryptek in between to provide a 5++ save against shooting and a +1 to Reanimation Protocol rolls.  The Scarabs run out front to disrupt enemy charges.  I definitely don't want the Warriors getting stuck in combat.