Today was a pretty solid day for the old postal service.  They brought me not one, but two packages of hobby fun times.

The first is the Tyranid Getting Started box that I ordered from eBay BEFORE it was released as a preorder.  It just got here today.  Nice and late.  Oh well, such is life when you buy from eBay. 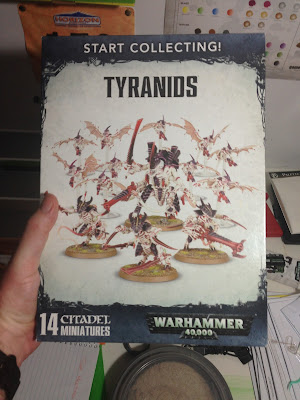 We're supposed to be getting two feet of snow starting tomorrow, so the plan is to use that time stuck inside to get some models assembled.  I still have lots of Maelstrom's Edge stuff to work on also, so it's not like I'm short on things to work on.

The second thing I got was my delivery of Gruff, a Kickstarter project I backed.  It's a card game where you play as a mad shepherd controlling a group of mutant goats who fight each other.  It looks promising and has one of the coolest packages I've seen in awhile.  I'm pretty psyched to try it out. 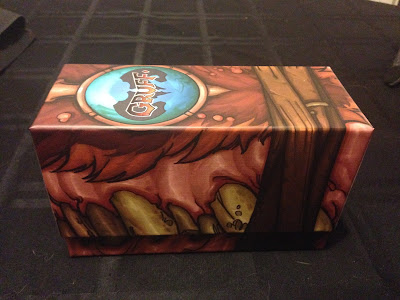 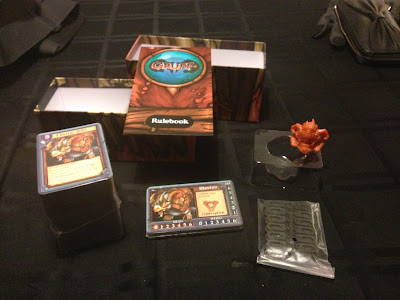 I'll write a quick review once I've had a chance to play a game or two.