I walked into a local hobby store the other day and saw this on the new release shelf... 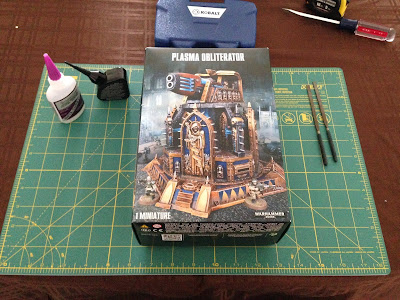 Upon opening the box, I realized there were no sprues.  The model was provided as a random pile of parts and baggies. 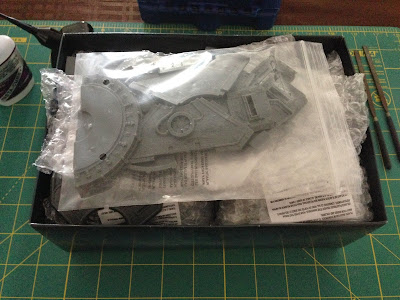 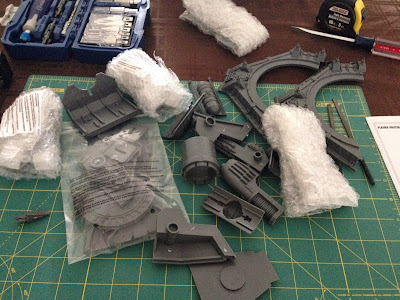 At this point. my plan was to document the assembly process.  I'm not going to.  This model almost broke me.  It is easily the worst model I've ever worked with that came from GW.  The instructions are terrible and I actually had to pull the model apart three times.  Eventually I pitched the instructions and assembled the model how it makes sense. 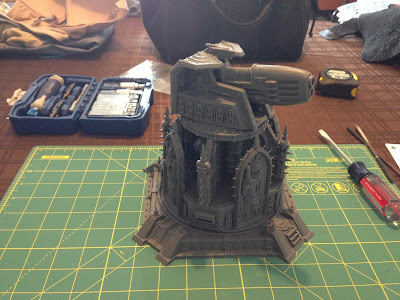 And for those curious about the size, it's almost the same as a Bastion. 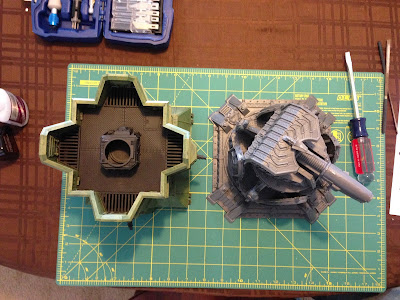 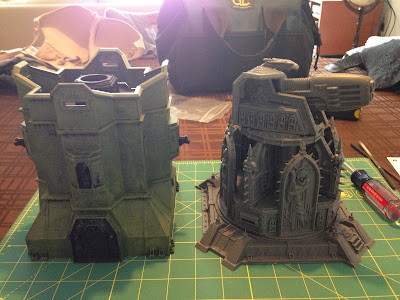 Primed and ready to paint... 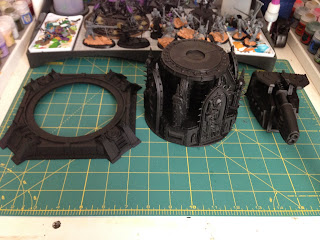 The plan is to get it painted up within a week or so.

I also got my metal spray and based a ton of Necron stuff.  More on that on Friday.