I finally decided on a color scheme for my AdMech army.  I specifically wanted to avoid red like the plague.  I'm tired of seeing red AdMech stuff.  I get that they all ultimately owe allegiance to Mars, but enough is enough.  I also wanted to try something new.  I've never really done purple before...  so here goes!  Purple Skitarii!  I'll come up with a Forge World and fluff reason later for the purple once I have an army list nailed down.  For now I'll just be doing painting.  The Codex: Cult Mechanicus will be out sooner than later and I don't want to make any major list decisions until I get to see the "other half" of the Adeptus Mechanicus Codex pair.

Here is the finished product, after transfers and matt, anti-shine spray. 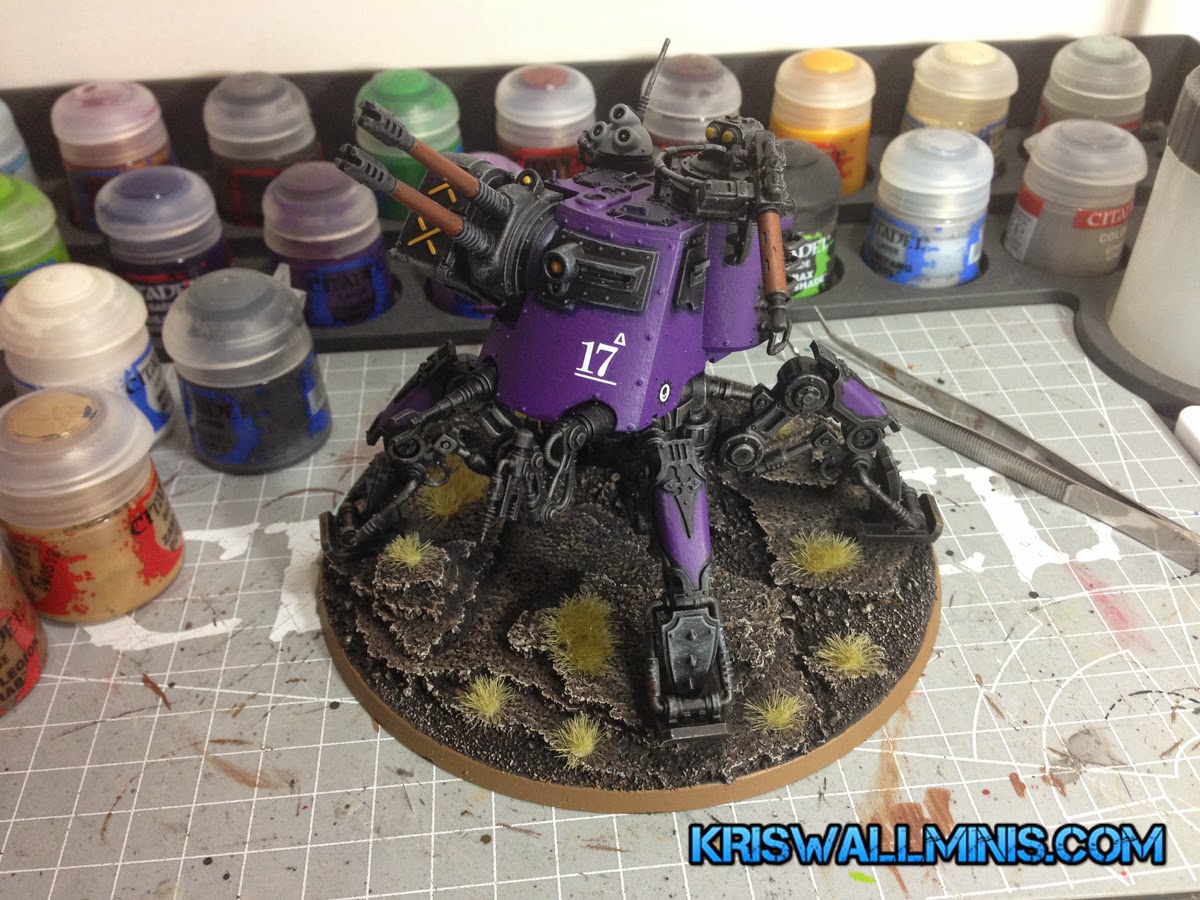 The paint scheme is SUPER easy.  Here you go...

1. Prime Black
2. Drybrush the metal bits with Leadbelcher.  Dont' go too heavy.
3. Basecoat the purple bits with Naggaroth Night and then layer with Xereus Purple.  Leave a gap of Naggaroth Night around the edges to add an illusion of depth and shadow.
4. The weapons are just drybrushed Leadbelcher and Balthasar Gold.
5. The base is a series of drybrushes going from heavy to light.  Rhinox Hide, Steel Legion Drab and Screaming Skull.  The rim is Steel Legion Drab.
6. Add wet transfers and do a little Army Painter Anti-Shine Matt Spray.
7. Glue on Mordheim Tufts (or whatever GW calls these things).

This whole thing took less than 3 hours total from start to finish.  I'm a huge fan of getting things onto the table.  I'll spend more time on fancy HQ and spotlight units, but for routine units...  not so much.  I have yet to field any complaints when I drop an army onto the table.

Here are a couple more pics.  These are before the transfers and anti-shine spray, so they're a little glossier.  It makes the purple look a little brighter than it really is. 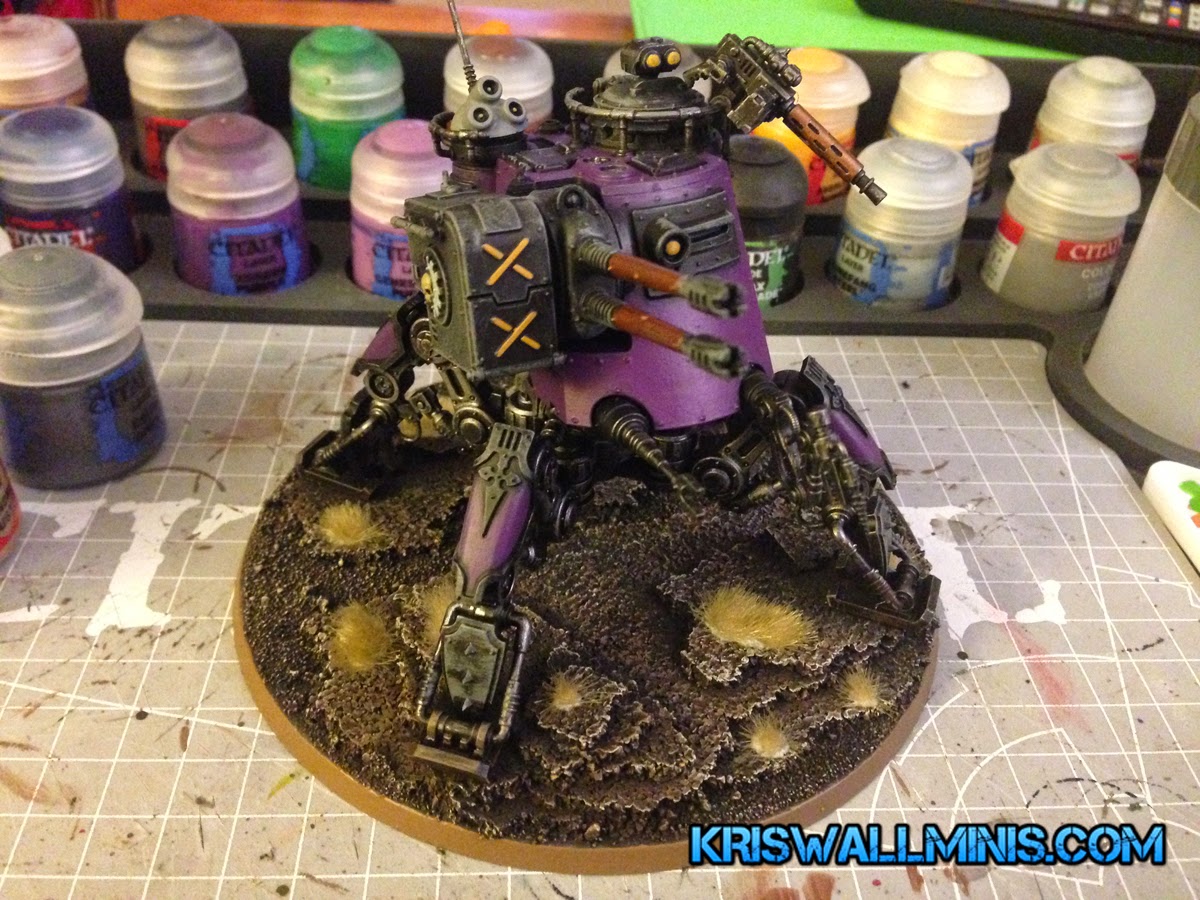 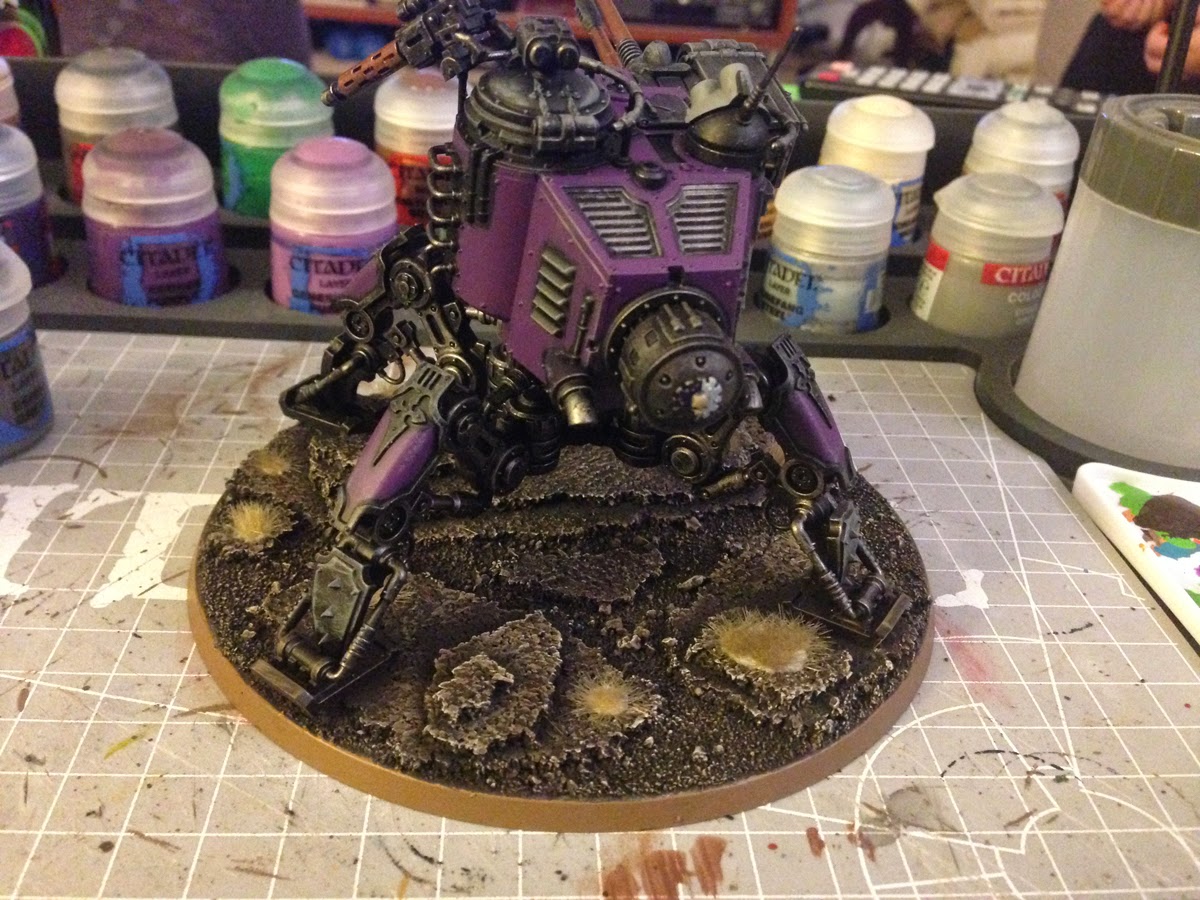 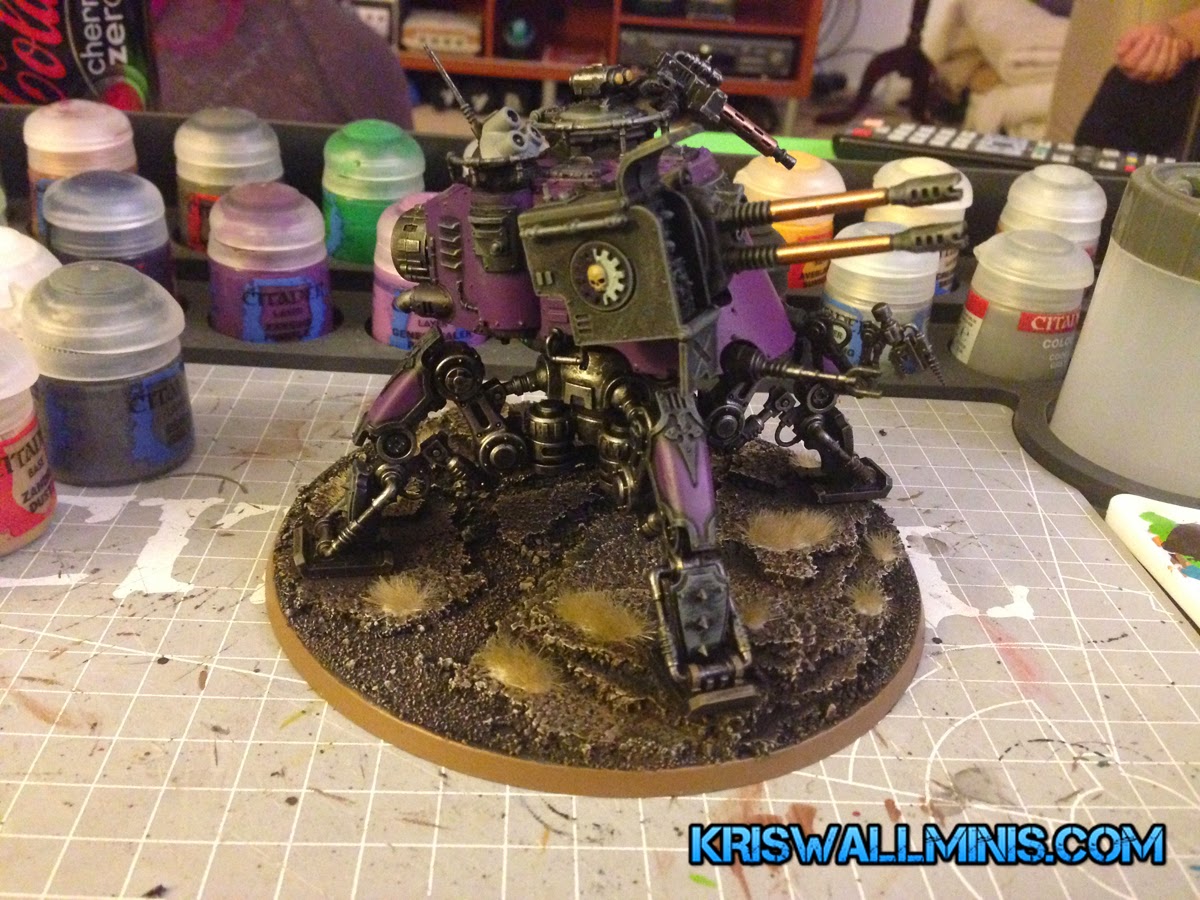 Next up will be some Rangers.