As I've mentioned before, I'm planning on using at least three Drop Pods in my Ad Mech army, by way of a Flesh Tearers Strike Force Detachment.  I want them to be recognizable as Drop Pods, but with a distinct AdMech look.  Here are some random inspiration photos I've run across on the interwebs.

This one is, without a doubt, my favorite of the lot.  The main issue is that the vendor is Australian.  By the time I pay for shipping and the exchange rate, I'm looking at ~120 USD.  That's a lot for three Drop Pods.  Plus, this thing is entirely made from laser cut MDF, so I'm a little concerned that the finish will be rough.  I'd be happier it if was made of resin.  Looks fething awesome though. 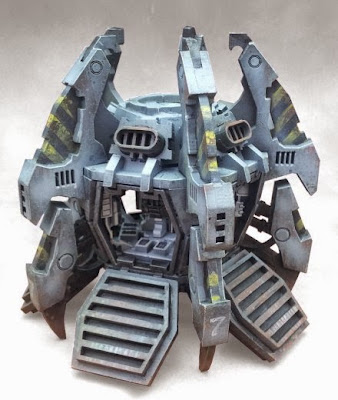 Miniature Scenery is a pretty awesome manufacturer.  They have lots of other very cool things, all made from laser cut MDF.  I could easily drop thousands here.  I REALLY wish they had a US based distributor.  Here are some other example of things they sell.  Great for Tau, Orks, or just as general purpose terrain. 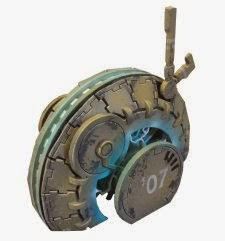 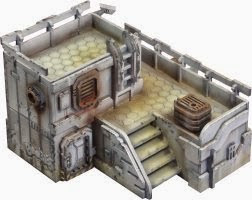 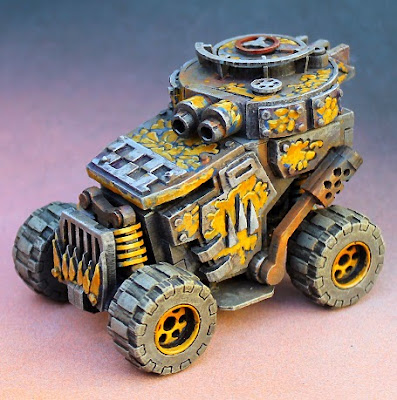 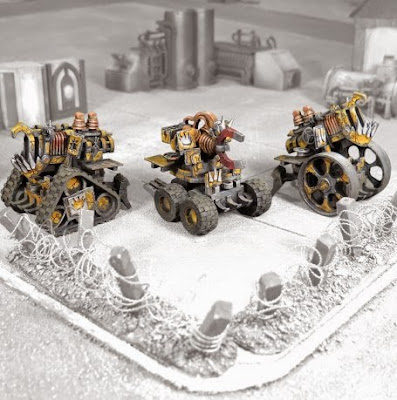 I like the aesthetic of this one, but it has more of a retro sci-fi look to it.  The Mk II Transporter above screams "I belong in Warhammer 40k".  The price per unit is 18 GBP, which at today's exchange rate and with shipping will make this cost about the same as my #1 choice.  BUT...  I think I can pull something like this off as a very low cost conversion using parts from the hardware store.  A soda can with some sort of large drill and some hatches would do the trick.  A serious advantage with this model is that there is no assembly required.  The #1 choice would probably require hours of assembly in an unfamiliar material.  I've never assembled MDF models before, so I don't know how glue works.  I'm sure I could easily figure it out, but it's something to consider. 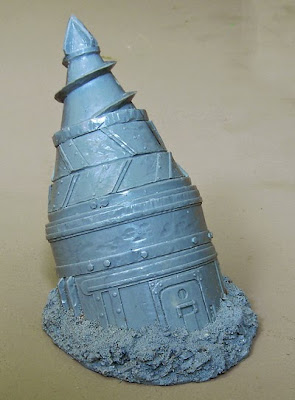 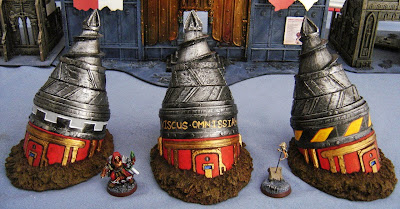 These are seemingly dirt cheap (more on that in a second) and do a decent job of modifying an existing Drop Pod to look more AdMech-y.  They're only 3 USD a pop.  This is sort of a trap though.  A GW Drop Pod retails for ~37 USD.  Lower that to 30 for online deals, but then add 15 (5 panels times 3 bucks) and you're at 45 USD or so per pod.  It's the most expensive option, and frankly the most boring.  I do think I might be able to just custom build one door and make casts though.

A main issue is that you'll be doing this conversion work and then not even seeing it the second you open the doors.  Seems like a colossal waste of time and money.  If I had a 3D printer, this would be a no brainer. 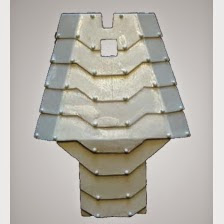 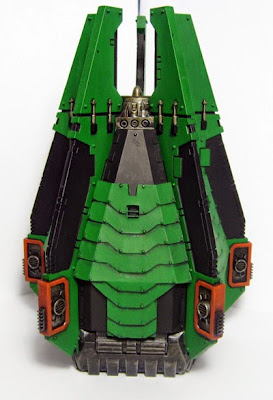 I haven't really found anything else I would consider to be a real contender in terms of pre-made items for sale.  I was surprised that I couldn't find any AdMech converted Drop Pod images online.  I guess the guys who do conversions mostly stay away from them as they're historically unfluffy.

Here are some other random images I found... 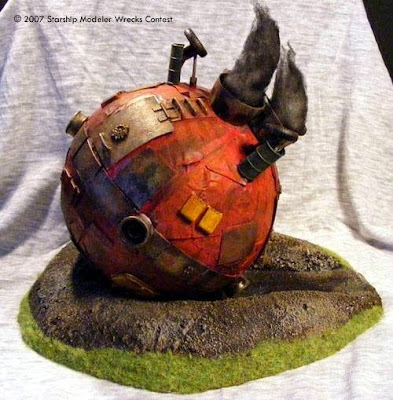 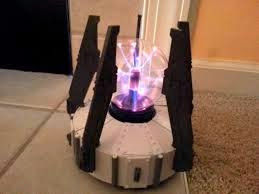 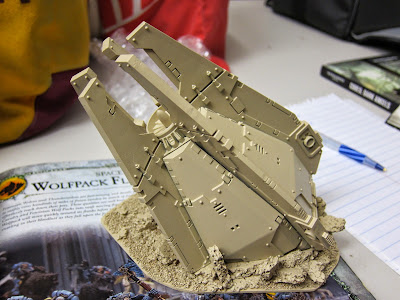