The question now becomes which Knight to go with.  All five Knight variants have the option to take carapace mounted weapons, so that's a non issue.  It's really going to come down to points and main weapons.

I like the idea of the Avenger Gatling Cannon. 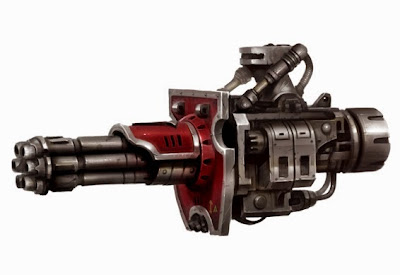 I also want to make sure I have a real Melee option.  The Reaper Chainsword is kind of meh looking.  I'm a much bigger fan of the new Thunderstrike Gauntlet. 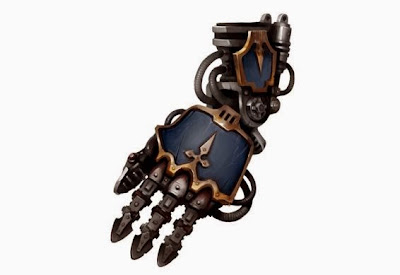 If I want these two weapons together, I'm limited to the Knight Warden.  This gives me some decent ranged weaponry, capable of mowing down MEQs...  literally by the dozen!  It also gives me the ability to do some serious damage if I get into close combat charge range. 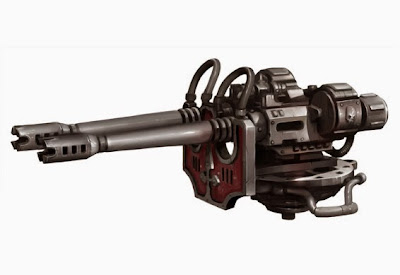 I'll likely paint the Knight to mirror my Skitarii forces...  which is to say a nice, rich purple color. 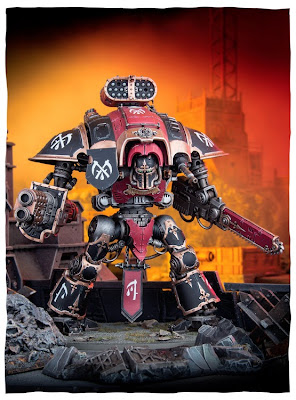 I'm thinking something like the above, but with a darker color purple.  I would also make liberal use of the Skitarii transfers to make it clear who the Knight owes allegiance to.  In the Horus Heresy Mechanicum book, there are Knights who are oath bound to protect certain forges.  I don't think it's unreasonable to assume that a small Knight House is still oath bound and stationed on a Forge World.

The goal is to pick one of these up when the hit my local gaming store and get to work.  I'm fairly certain that a little bit of magnet work will allow me to use multiple configurations if I ever want them.  Hopefully the kit allows this.