I know I've been posting random news stories and hobby "side quests" for the last week or so, but I legitimately HAVE been working on my Skitarii.  I've been in full on research mode...  in other words, I've been reading the books and short stories and listening to audiobooks while I walk.

I did put together a unit of Sicarian Infiltrators.  I also started work on the second box of Skitarii Rangers/Vanguard.  I'll be making five Rangers and five Vanguard.  The Vanguard will be going together in an Arc heavy configuration in a Drop Pod.  Statistically, with the +3 BS Doctrina, they'll strip 3.7 HP on the turn they land with a possibility that some of those HPs represent penetrating hits.  I'll have to ally in some Blood Angels to get the Drops Pods that I want.

The only things I need to purchase for the above are the three Drop Pods, the Knight Warden and Cassor the Damned.  I have enough pieces/parts to put together a Techmarine...  especially now that I have leftover Skitarii bits.  The goal is convert the Drop Pods and Cassor to make it clear that they are all AdMech aligned.  The Techmarine is just on the Forgeworld learning his craft.  They don't all go to Mars, after all.

Here is proof that I'm actually working on things! 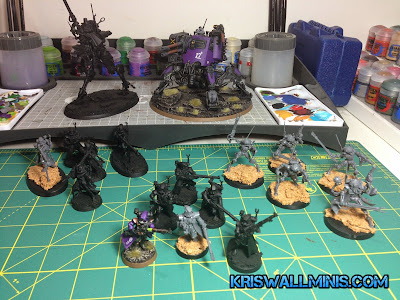 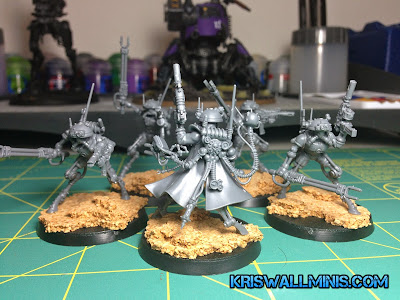 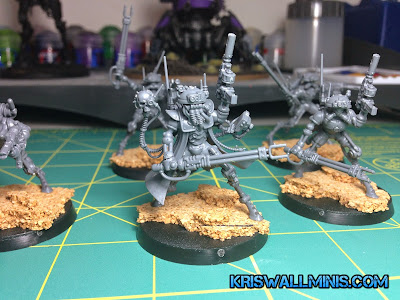 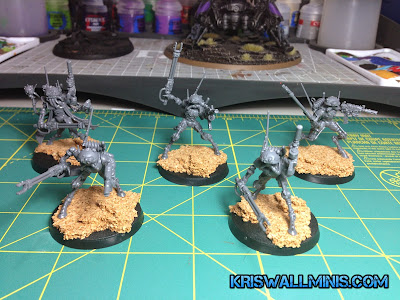 I still need to finish assembling the Ruststalkers and Rangers/Vanguard.  At that point I'll finish the bases on the lot, prime them and then work out a schedule for painting them.  Realistically, I should be able to paint five infantry models a week.  Work and other responsibilities don't always give me the free time I want.