I'm so excited!  It looks like new models for my primary army are coming out soon.  This probably also means that Tau Empire is getting a new codex.

Looks like the first new model is a Riptide chassis variant just bristling with ranged weaponry.  This is basically going to make Broadsides look like babies.  The White Dwarf cover farther below seems to indicate that this is a 'KV128 Stormsurge'.  The legs look more or less like standard Riptide legs, so I'm assuming this is a Riptide box with an extra sprue added. 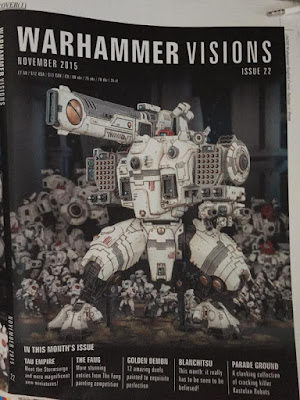 Next up is the 'XV95 Ghostkeel Battlesuit'.  It looks amazing.  It's clearly some sort of stealth variant and is equipped with ion weapon of some sort as well as shoulder mounted twin-linked fusion blasters.  I'm guessing that it's an advance unit designed to put the hurt on armor and monstrous creatures. 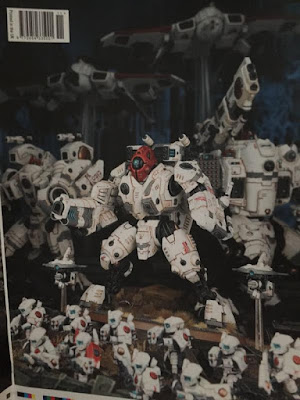 Last up is a copy of the White Dwarf intended to be released on October 10th, featuring the XV95, but referencing the KV128.  If I had to guess, the October 7th issue will feature the KV128.  October 17th will probably have the Fire Warriors and maybe the Codex.  Past that, I have no guesses as to what is coming out. 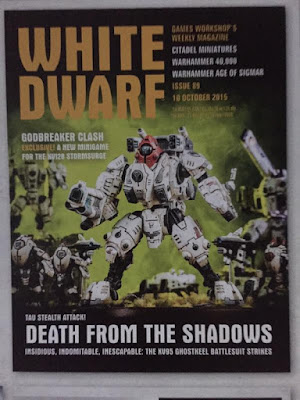