I had painted one of the Killa Kans to about half completion way back many moons ago.  I wanted to knock these out and get them on the display shelf, so I spent an evening finishing them.  Here's the progression.  I really like how the ghetto OSL glow worked out.

First step is to do a light dry brush of Xereus Purple over more or less the entire model and then fill in a couple of armor panels with the same color. 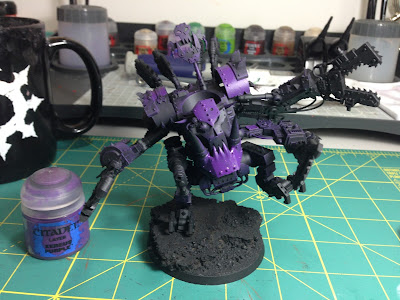 I then dry brushed Leadbelcher onto the bits that I wanted to be silver. 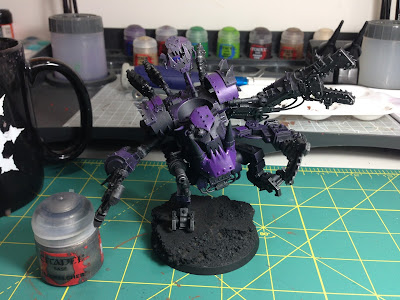 Genestealer Purple gave me a quick and dirty line highlight on the areas I'd previously based completed in Xereus Purple. 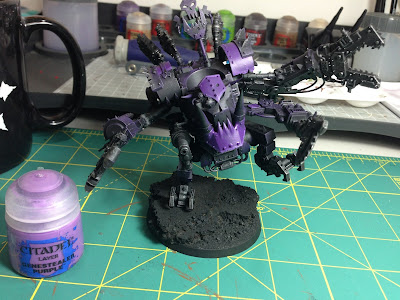 I used Zandri Dust to paint on some zags and checks.  I also painted the tusks, but forgot to take a pic. 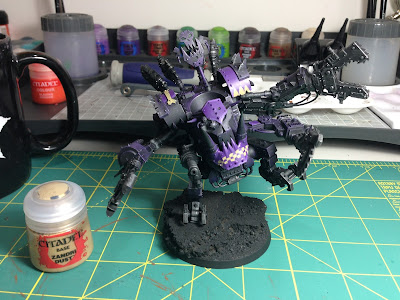 The eye and a couple of other wires and electrical bits got painted with Blazing Orange. 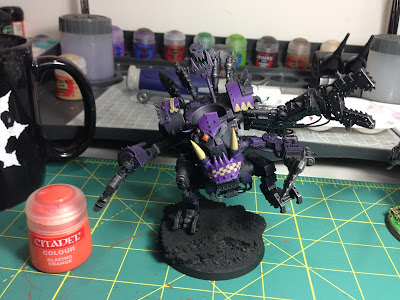 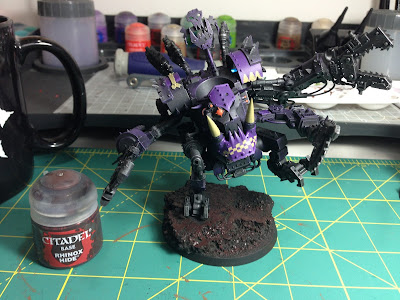 ...Steel Legion Drab dry brush and a light dry brush of Flayed One Flesh.  That pic has somehow disappeared. 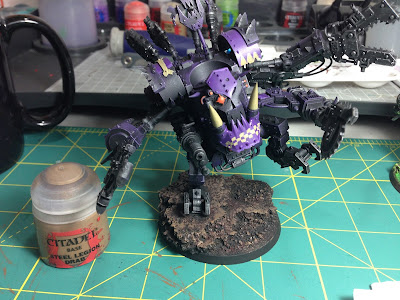 Afterwards, I based the rim with Steel Legion Drab. 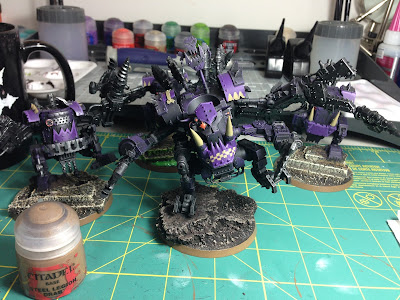 Moot Green was dry brushed onto the underside of the model and onto areas of the base.  I put it where I thought you'd see a reflection from the glowing slime I'm about to show you. 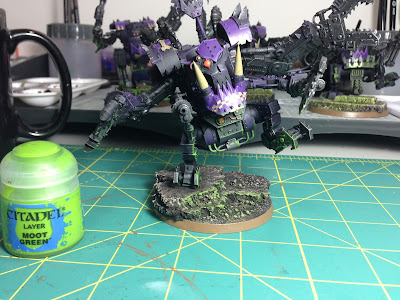 This stuff is magic.  Buy it from your local arts and crafts store. 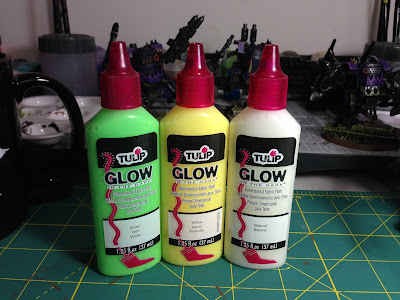 Put on a lot of green, some yellow and a little white.  Use a toothpick to swirl it a little and pop whatever bubbles show up. 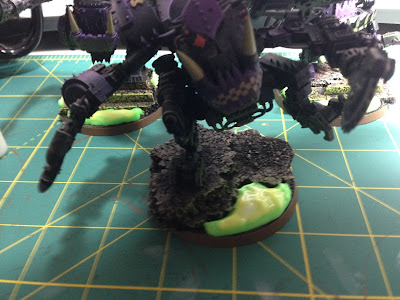 Lastly, I added some Mordheim Turf.  I'm really happy with this stuff. 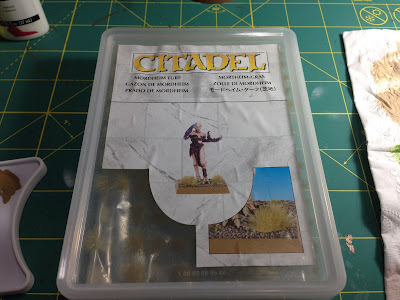 And here's the crew. 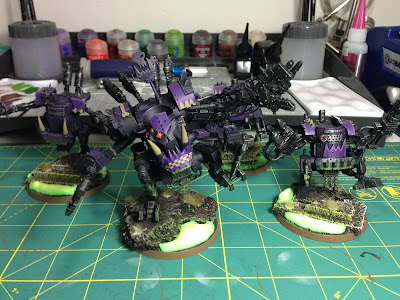 I really think the reflecting glow turned out well. 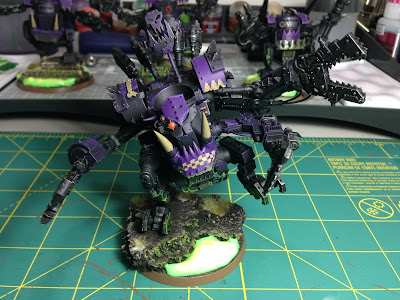 The little dudes take after their big brother. 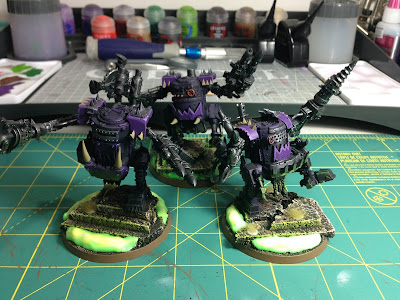 Now I just need a couple more Deff Dredds and a proper Mek in a Junka and this detachment is in business.