My wife and I had been playing through the Dunwich Legacy with two of the FFG provided premade deck lists.  We decided that neither of us really liked the lists, so we scrapped the campaign and spent the evening building new lists.  After much debate, I took Rex Murphy and she took Zoey Samaras.  Rex is a great at investigating and Zoey is made to kill things.  Her special ability ensures that she'll always have resources for expensive weapon cards. 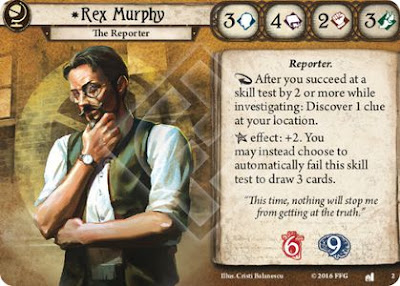 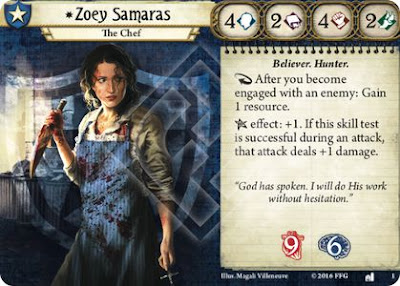 After building the decks, we decided to start playing through the core box campaign.  Luck wasn't with Zoey as she pulled Dissonant Voices two turns in a row.  Not being able to play any Events or Assets for two turns in a row was really challenging.  I think it was turn four before she had a weapon on the table. 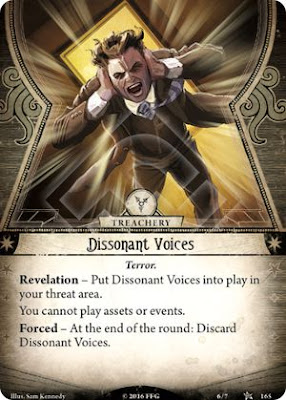 I pulled and played Delve Too Deep on turn two.  That wasn't a popular choice.  Zoey failed at her encounter and took three damage.  Fortunately, she had First Aid available later in the game to heal up a bit.  Had she not, I think she would have died and taken a physical trauma. 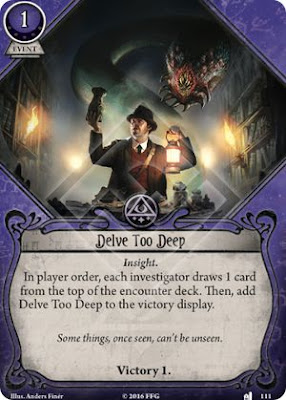 Ultimately, we killed the Ghoul Priest who had taken up residence in Zoey's house and recruited Lita Chantler.  I think Lita is a great card for a combat oriented character.  She's really just an all around good force multiplier for combat. 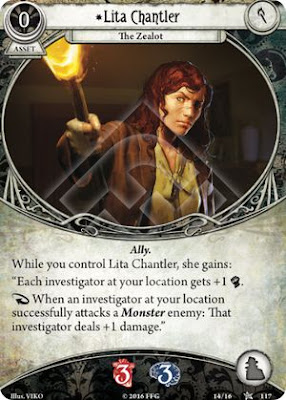 We ended up killing the Ghoul Priest, clearing both the Attic and Cellar of clues and Delving Too Deep once.  That, combined with the 2xp bonus for not dying gives us 7xp to play with.  I'm considering the following two cards.  Disc of Itzama lets me straight up discard any non-Elite enemy that spawns at my location.  Higher Education ensures that I'll be able to investigate successfully (and probably by at least 2 or more, triggering Rex's ability).