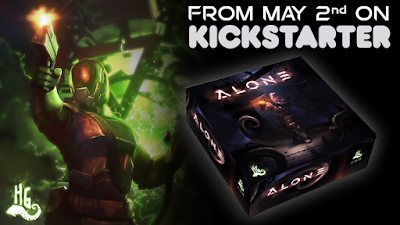 There's a new game coming to Kickstarter next week called alone.  At first glance, it looks like every other sci fi dungeon crawl ever.  At second glance, I'm super excited.  I don't know much yet, but I know that instead of being a cooperative game where multiple heroes fight a single bad guy player, this game is multiple bad guy players making like miserable for one player.

There isn't a lot of information about the game yet, but I'm seriously intrigued.  The models look pretty cool, if nothing else.  I'm sort of assuming that the core pledge will be $100, just like any number of other games.

I think this guy is the core hero. 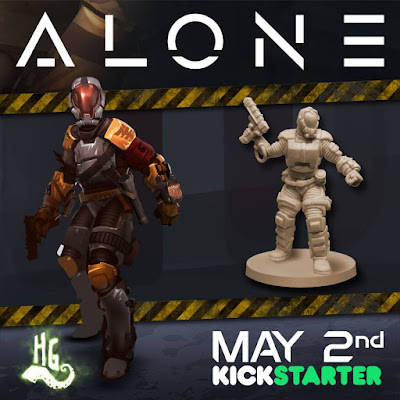 That makes these next several your friends that you can find along the way.  I'm not entirely convinced that all of them are nice people.  The last two in particular seem pretty rough.  I'm guessing maybe that they're cultists or evil survivors or something. 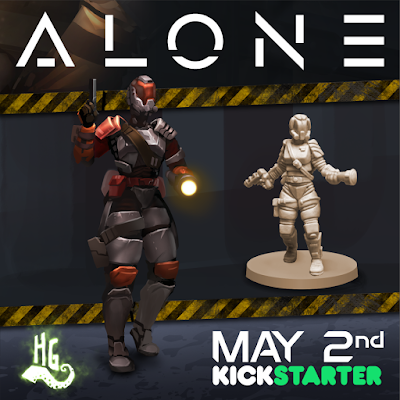 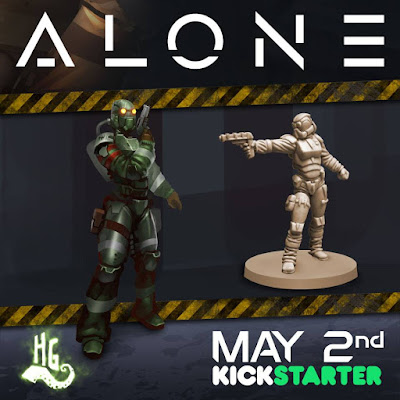 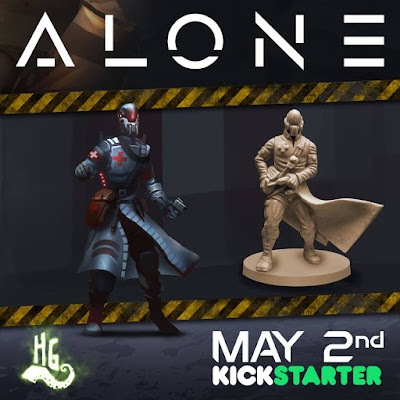 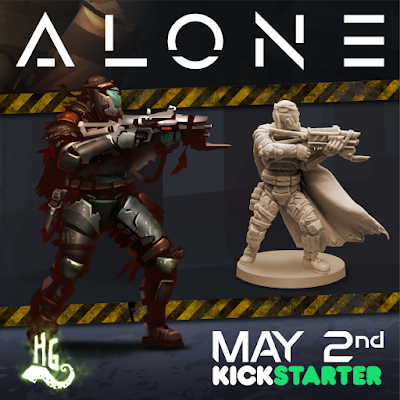 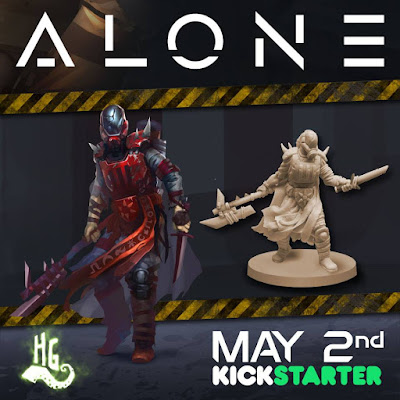 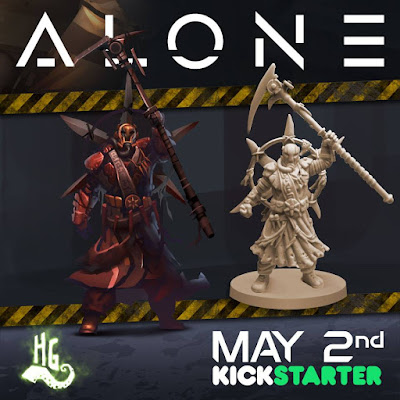 There are also an array of monsters that the bad players can throw at the hero. 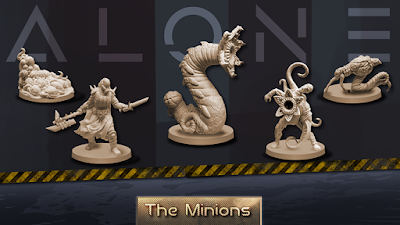 I'm really looking forward to May 2nd to see what this looks like.  Hopefully, they'll put up some game play videos.