My friend Steve and I met up over the weekend to play our first full game of Runewars.  I'd previously played a few of the smaller point Skirmish versions.  The feel is a little different. 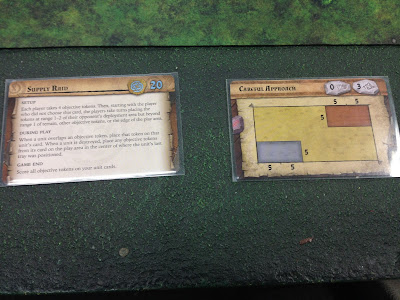 I didn't take a picture of our deployments, but this one is only one turn in.  My big block of Reanimates (center of picture) really limited my deployment options.  The two Rune Golems across from me just ran foward and kept me occupied all game.  Rune Golems are ridiculously durable.  They officially suck to fight. 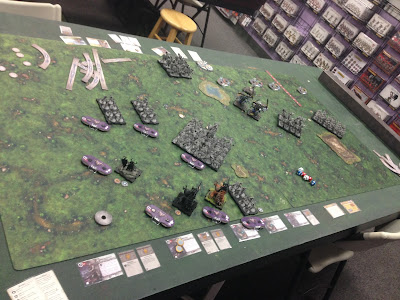 Here's another shot of what I was staring down.  Between the Rune Golems occupying my big block of infantry and the two 2x2 blocks of Cavalry, there wasn't much I could do to control the flow of the battle.  I rolled well and the Archers performed nicely, but ultimately, the mission did me in.  Steve took all 8 of the objectives...  4 of them on the last turn.  Had I rolled a little better, I could have tied or even won.  Losing 4 objectives on the last turn was brutal. 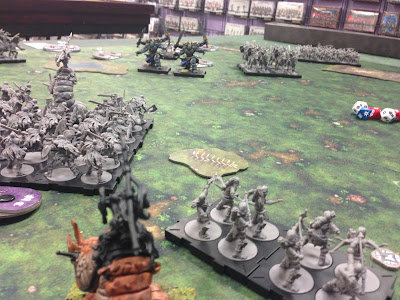 Overall impression is that I love the game.  I can't wait to play more.  Next time, I'll take more pictures.