I was able to get a little bit of time to myself to sit down and complete these guys.  I'm pretty happy with how they turned out.  I didn't go crazy on the tiny details, but then when you're dealing with terrain, I don't think it makes sense to.  I just went through and painted most of the wreckage bits int he same sort of pseudo-military green color with all of the aquilas done in gold.  I think they'll dress up the battlefield nicely.

It's hard to tell in this first pic, but there is a dry brushed layer of Skavenblight Dinge over the black basecoat over most of the model.  I tried to avoid the wreckage bits...  but I didn't try too hard. 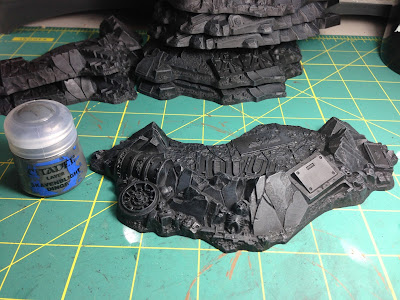 Next I hit the rocky areas with some Adminstratum Grey.  Again, this was a dry brushed layer. 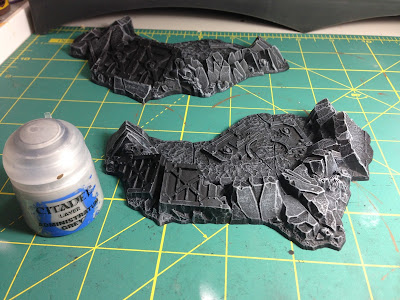 I hit the wreckage bits with a quick dry brush of Straken Green.  It's important to note that I wasn't particularly worried about cleanliness.  This is terrain.  It's not a showcase model. 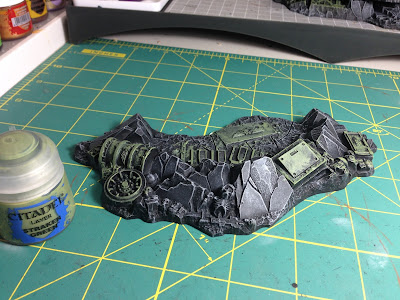 A light dry brush of Screaming Skull over top of the green. 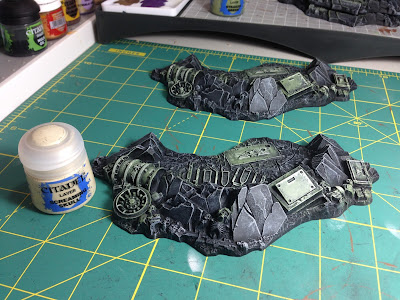 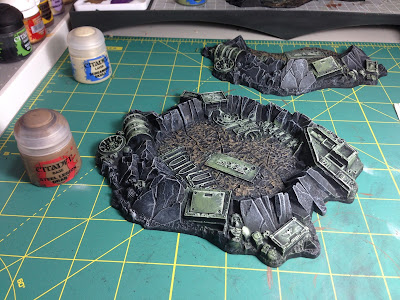 I picked out all of the skull and skeleton bits with Screaming Skull.  There are quite a few of them!  Makes me wonder how old these craters are that the bodies have been reduced to bone. 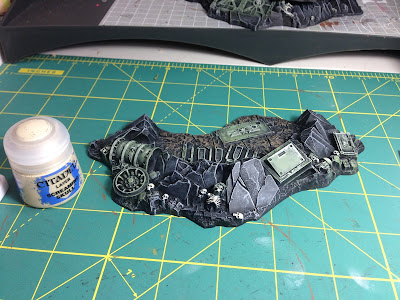 Aquilas got a little Gehenna Gold. 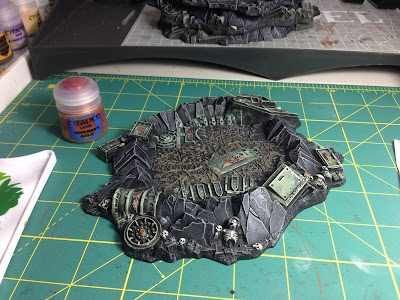 Lastly, I decided that the rocks weren't bright enough, so I hit the edges with a little White Scar to make them really pop. 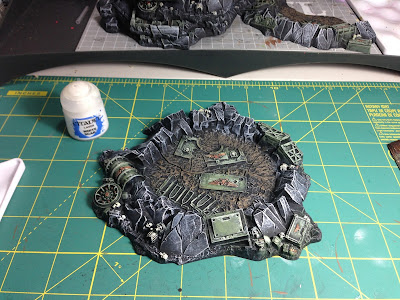 And there you have it.  The craters aren't glued together, so it's really eight halves that you can either make four craters out of or give yourself lots of battlefield "walls". 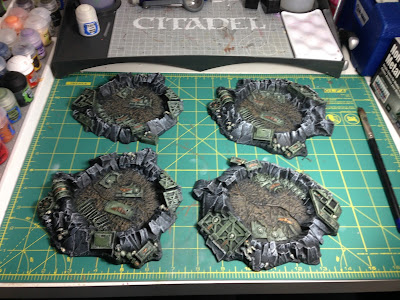