It's kind of funny.  Since I instituted my new organizational scheme, I've been cranking models out left and right.  My intent was originally to show my process over the course of several days, but I'm really just saying "Oh, here's something new...  it's finished!"  I can't really complain though.  I'm ecstatic that I'm getting through my backlog.

This was the first unit I purchased for the AdMech army.  I assembled them and then got immediately annoyed that not enough special weapons were included to make full squads using the same weapon.  So, I grumped.  The act of grumping, in case you don't know, involves just sitting with your arms crossed and saying "HARUMPH" in the general direction of anyone who walks near.  I don't know...  I just find it super irritating that the kits don't allow you to equip a standard unit how the rules say you can.

Enough complaining.  Here is what you came for...

Here they are primed.  You'll notice that one dude in the back is already painted and has a wet transfer on him.  He was my initial test model.  I can't remember exactly when, but I painted him months ago. 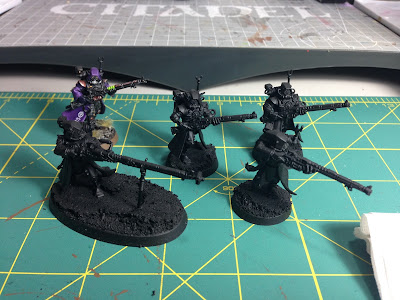 I started out with a dry brush (as I so often do) of Leadbelcher on all the appropriate sections. 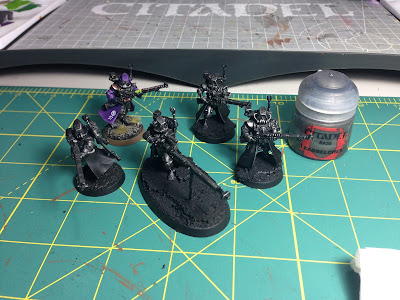 I them moved on to a base coat of Xereus Purple...  on the coats.  Get it?  Base coat on the coats?  Tip your waitresses, all be here all week. 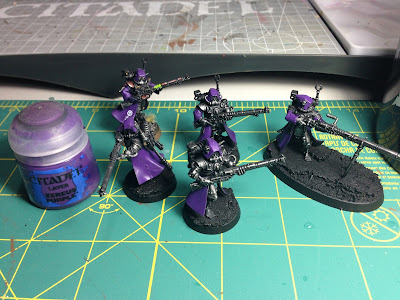 I did a very quick highlight of Genestealer purple on the corners of the coat and on the hood.  Check out the hood on the left especially.  It's really just three lines.  The corners of the cloak are like slightly concave triangles.  Super quick. 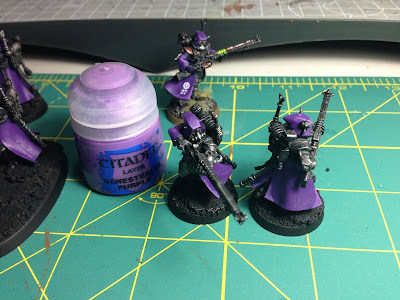 I then painted certain bits in Balthasar Gold.  I think I hit the shoulder pads, the knee pads and a couple other odds and ends.  I didn't take a picture of the backs, but I hit a couple of spots on the backpack to make it stand out a little more. 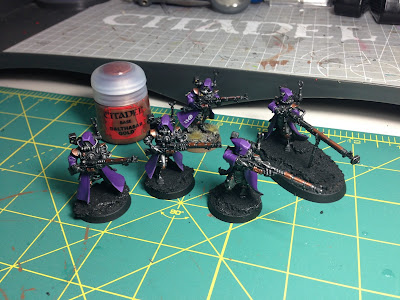 The eyes and a couple of other optic looking sensors got him with Moot Green.  I was a little too sloppy in places and had to clean up the hoods.  I was using a standard brush and should really have used a fine detail brush...  which was waaaaayyyyyy over on the other side of the room. 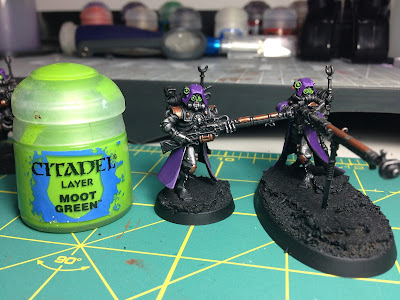 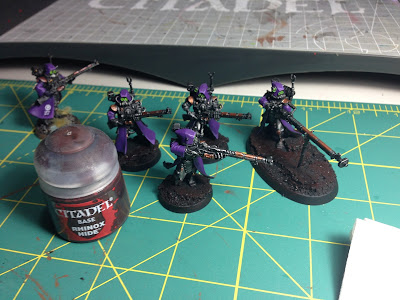 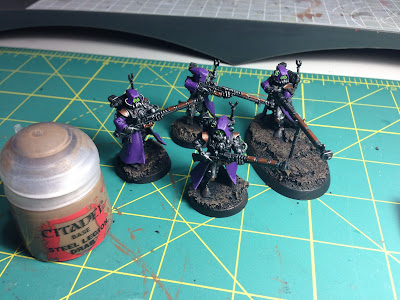 ...and finally Flayed One Flesh. 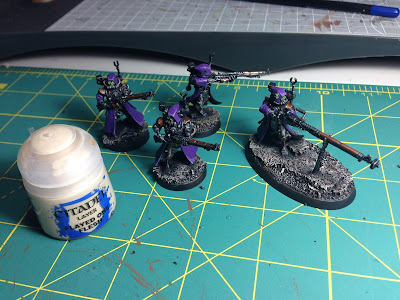 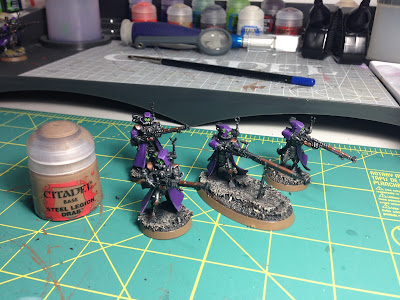 Or the Mordheim Turf grass tufts.  And that's it.  I think these five (well, really four as one was already painted) took me about an hour total.  They won't win any awards, but this is more about getting them painted and on the table. 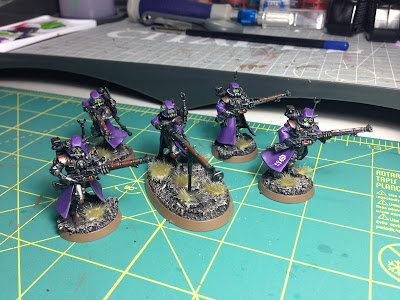 As you can see below, my AdMech Skitarii force is slowly growing and is almost to the point where I can field it.  I think the army is starting to look really nice together. 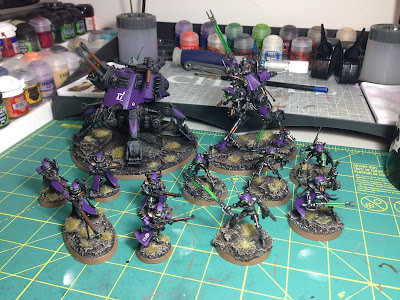