I am so thoroughly excited by this news.  The Codex: Skitarii main detachment has been leaked.  It's called the "Skitarii Maniple". 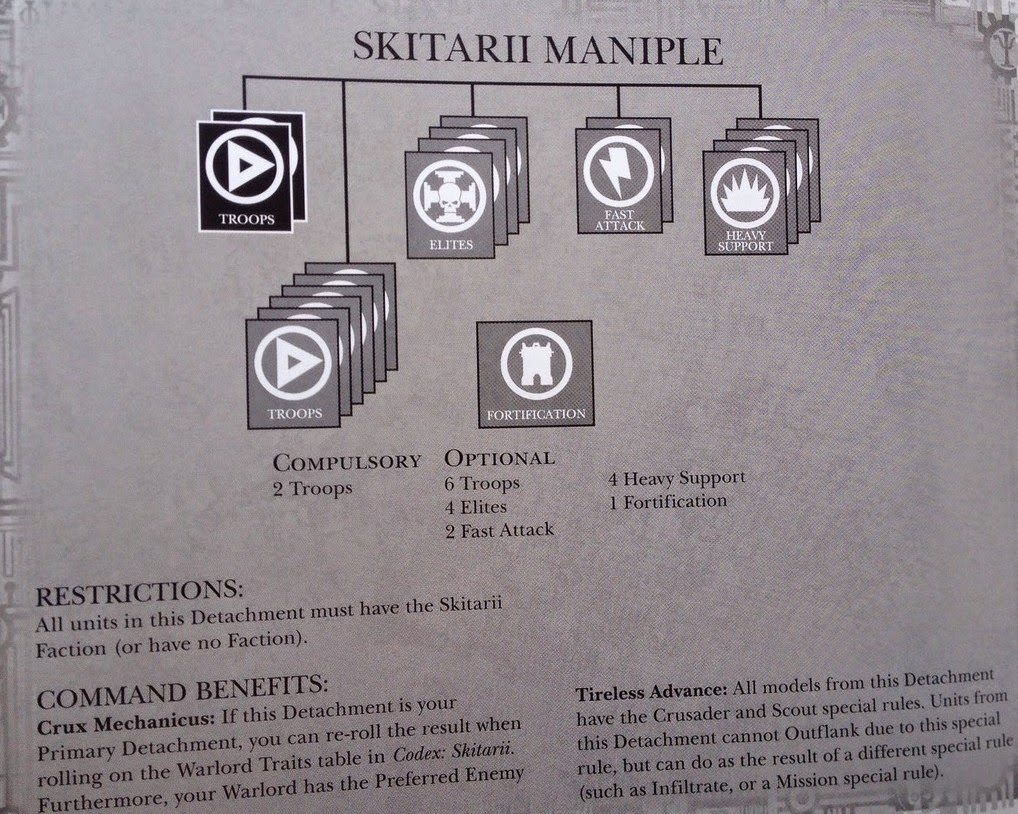 I was very worried that GW would pull the same thing they did with Codex: Harlequins and have the main detachment (the Masque Detachment) involve basically purchasing 1-3 of every release.

I like that the minimum detachment size can be fielded using just a single 39 USD box of models.  I also really like that it has a Fortification slot.  I don't think anyone has mentioned this yet, but you can now take any Fortification you want if you're willing to pay the 2x Troops tax.  In this case, 2 minimal units of Skitarii Vanguard will cost you only 55 point each.  Tireless Advance is also nice.  Giving all your models Scout and Crusader is also pretty amazing.  Crux Mechanicus isn't bad, but we've come to expect Warlord Trait re-rolls.  The Preferred Enemy thing is nice, but not a game changer.

The Codex is supposedly only going to be 33 USD.  This actually makes a lot of sense, given how small it is.  It's rumored to be only 80 pages.  It also supposedly has five different "official" paint schemes...  NOT all of them are red.  I'm curious to see what the studio went with.

Lastly, when the heck is this thing supposed to come out? 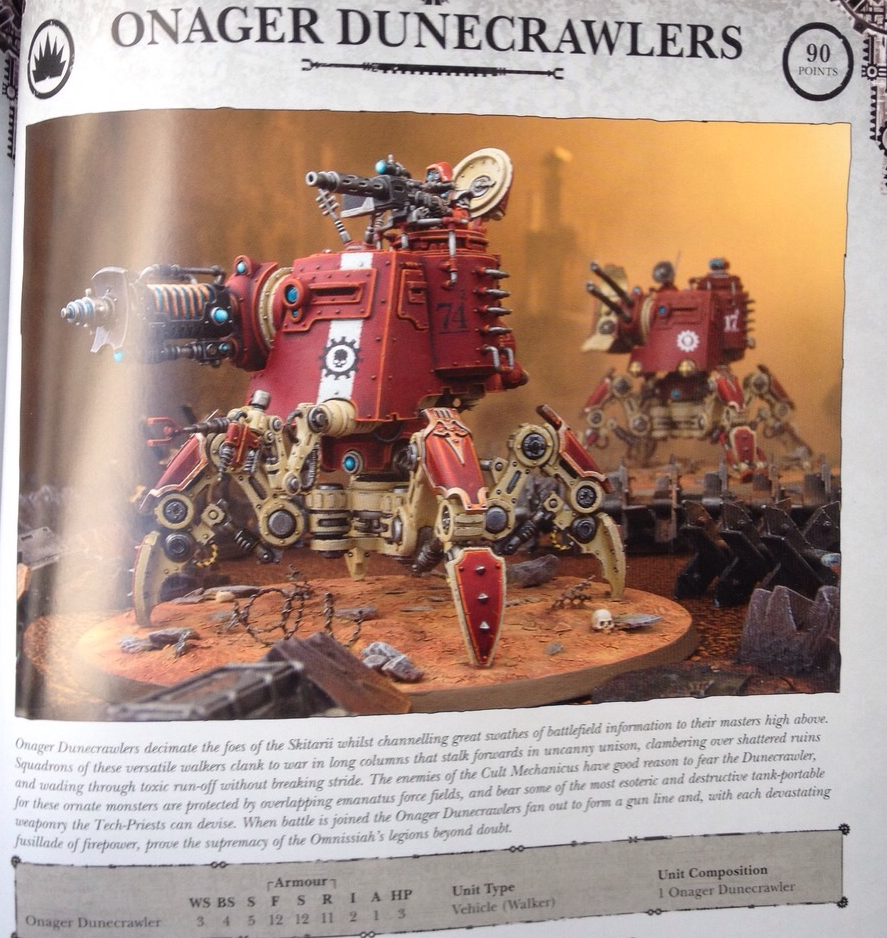 This is a shot from the Codex.  It's definitely in there.  GW's typical release methodology has involved White Dwarf with rules followed by actual model followed by Codex when releasing an entirely new model.  It's hard to believe that they're releasing the Codex in the middle of a three week new army release.  Then again, the Codex has rules in it that are required to play the army.  We don't yet know what Imperative Doctrines do.  The White Dwarf tells me that the unit has the rule, but not what the rule does.

I can't wait until tomorrow (I'm writing this Thursday night).  The plan is to hit up my local store after work and pick up a box of Rangers/Vanguard as well as the new White Dwarf that features the Ruststalkers/Infiltrators.

In totally other news, I played my Necrons against my buddy's Orks.  It was a blood bath...  or should I say oil bath?  I was still in a 6th Edition mindset and didn't play anything right.  I forgot half the rules and played Reanimation Protocols wrong the entire time!  BUT...  I had tons of fun.  It was nice to be playing again.  I'm going to actively try to play more.