I have a quick update today with ACTUAL HOBBY CONTENT (TM)!

I did a little work on those Tau Empire Drone Turrets I duped a while back.  They'll most likely see action as either objective markers, random scatter terrain, Drone Turrets or Drone Sentry Towers.  In any case, I think I'll get a lot of use out of these things.

The blue tubes are actually "party shot glasses" from the local dollar store.  It's amazing what you can find that goes well into terrain.  The blue tubes won't be glued in, which will make these more flexible AND easier to transport and store. 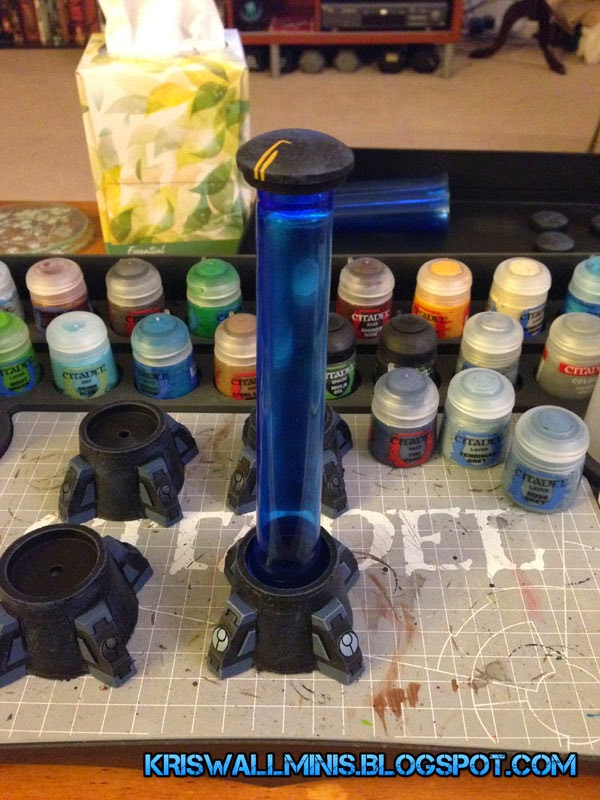 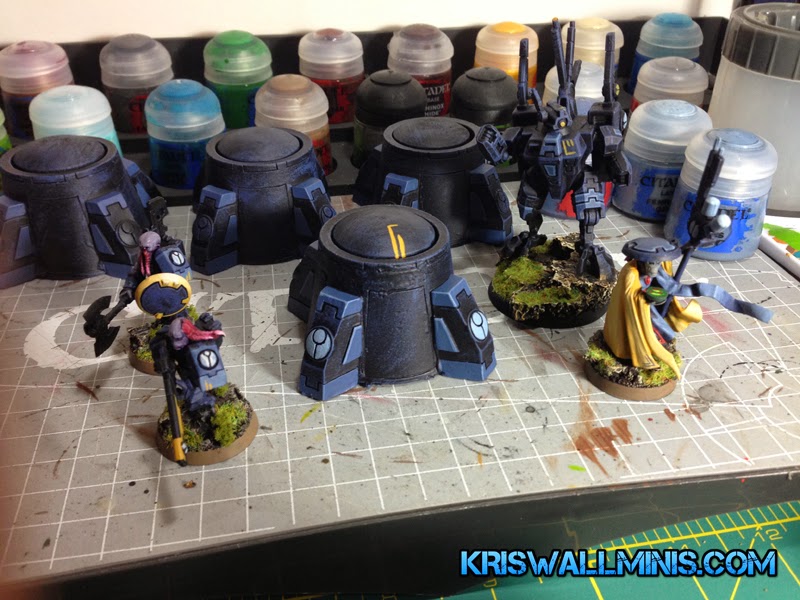 You can see three more Drone Turrets in the background.  They're mostly painted, but still have highlighting and detailing to be done.  I think I'll need to make up a couple more if I'm going to use these as objective markers.  The discs on the top can be flipped over with numbers on the bottom to represent the various markers.

In other news, the Maelstrom's Edge Kickstarter is up to 29,040 USD.  The first stretch goal is at 30k, so I'm expecting that we'll see it at some point tomorrow.  The momentum has certainly slowed down, but that's normal for a Kickstarter campaign this long.