This one is going to be short, sweet and to the point.  Tomorrow is my buddy's birthday as well as a full day of work and I have a TON of stuff to do between now and then.

Spiral Arms Studios (the good folks at DakkaDakka) launched their Kickstarter and it funded on day one.  It looks pretty cool.

It funded the first day, but is making slow progress now.  This is more or less what I expected.  Hitting stretch goals will be nice as it will allow for more things in the starter box, but this isn't going to be one of those "millions of kickstarter exclusive add-ons" kind of campaigns.  I'll be buying into this, but haven't yet.  I want to make sure they don't futz around with the pledge levels.

And here is what's in the box for now... 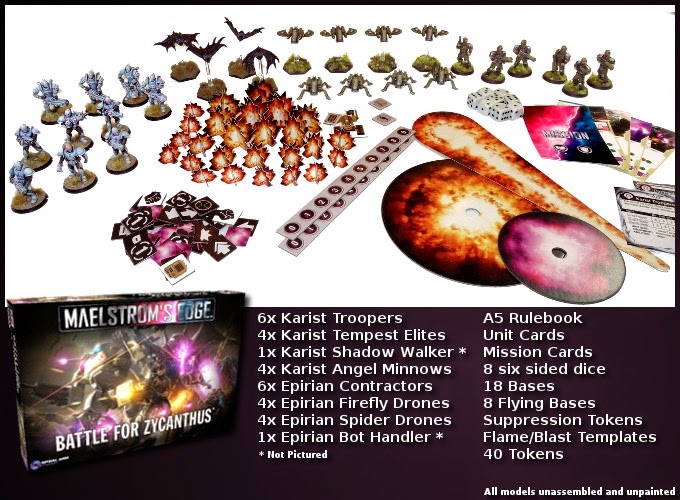 As well as a photo from Salute of the Scarecrow models that will end up as Epirian units... 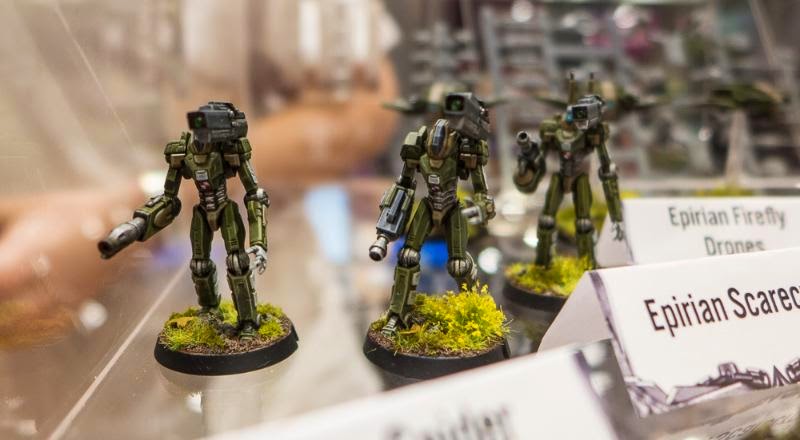 I like these quite a bit.  They are a little static in this picture, but evidently the arms and legs both move at the elbows/knees, so the modes should be quite poseable.

I'll be playing a game using my Skitarii units tomorrow.  I'll post on Wednesday letting everyone know how it went.  I definitely don't play often enough and am trying to get some more table time.