I know I've posted a little about using the Staples Arc Junior notebook system to keep track of army list entries and army lists for the armies I play.  I've decided to expand the idea a little and turn the book into a full blown "Codex: Unbound".  The idea is to eventually have ALL of the army list entries in the entire game in one large notebook.  I have an iPad and I've purchased almost all of the various rule books in ePub format, but having to navigate back and forth can be very tedious and time consuming.

The main draw of the iPad is that it takes up a small volume of space.  You can carry everything you need with you very easily.  The ease of use just isn't there.  eBook readers and iPads are absolutely fantastic for reading pretty much any book that isn't a reference book.  Flipping back and forth between sections can be a pain.  Gaming rule books are basically reference books.

I'll be using the notebook I've already been working on and adding in new army list entries as I'm able to complete them.  I've finished Orks, Harlequins, Imperial Knights, Tau and Necrons.  I've started working on the Skitarii units based on what has been released so far in White Dwarf mags 61 and 62.  As a reminder, the page size is only 5.5" x 8.5".  It's basically a regular letter size sheet of paper cut in half. 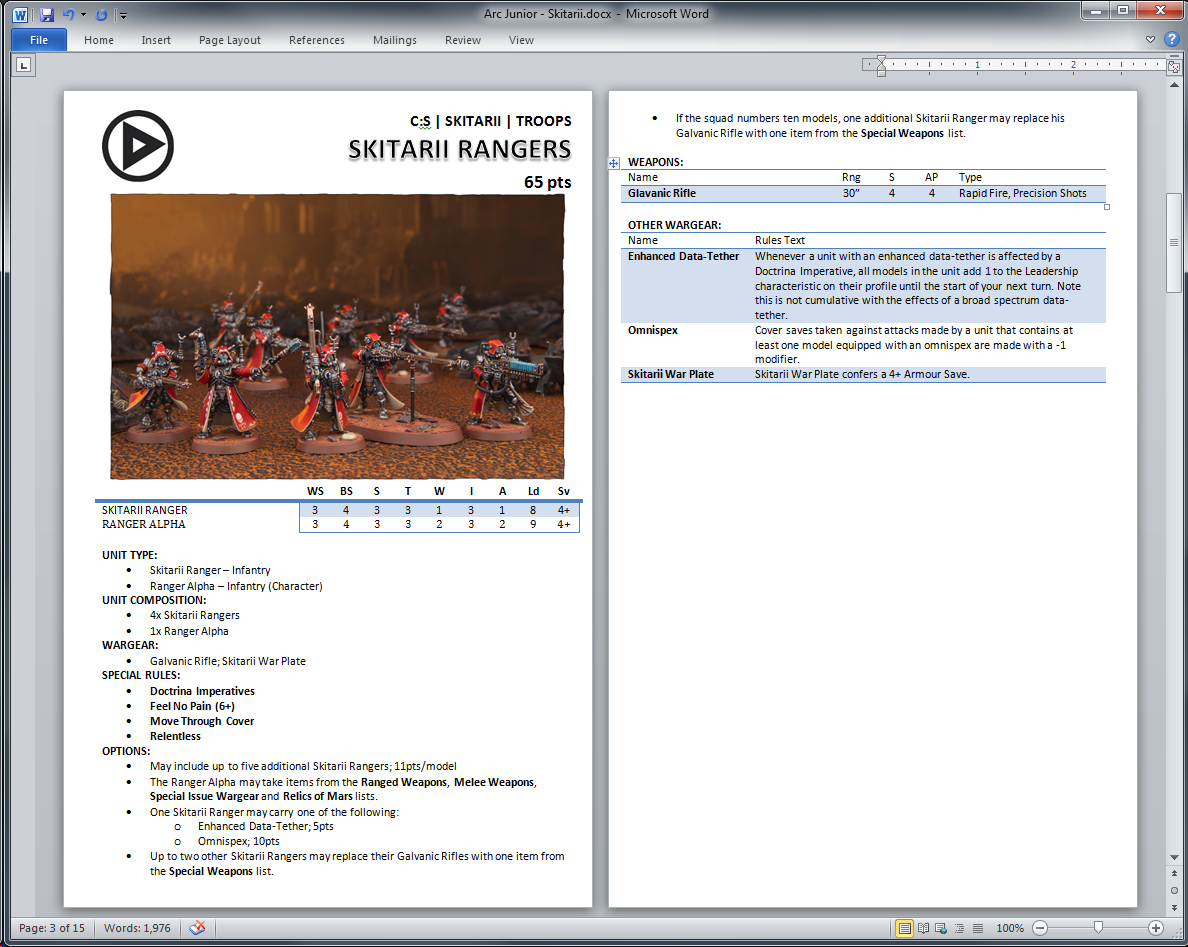 In other news, an acquaintance with access to a 3D printer printed out a copy of my Tau Empire themed Aegis Defense Line. These aren't going up for sale or anything EVER, but it's cool to see something in real life.  The printer resolution isn't fantastic, but it's a solid proof of concept.  The plan is to buy a printer for myself at some point in the next couple of years, but I want to make sure I get one that is going to be high enough quality. 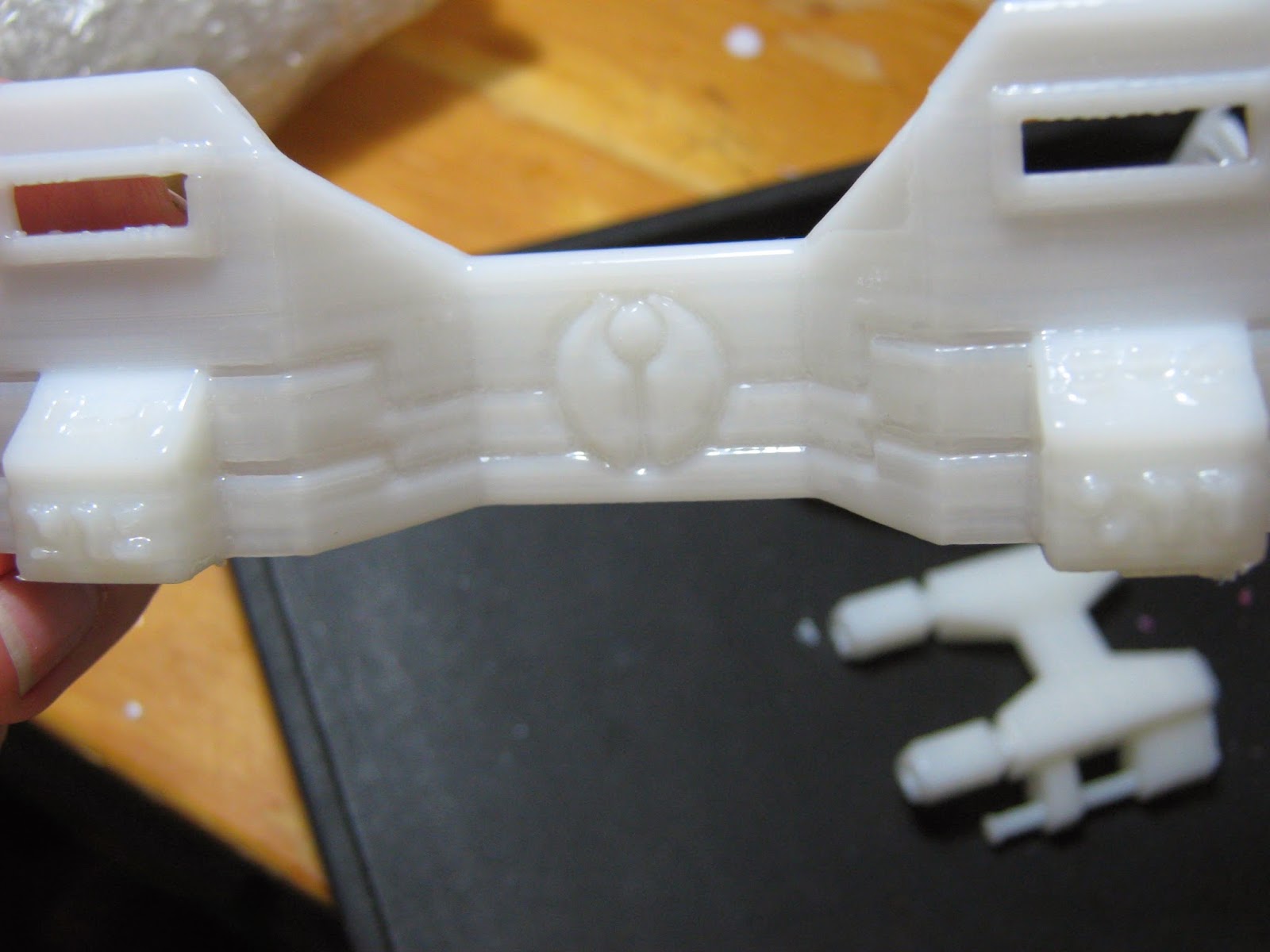 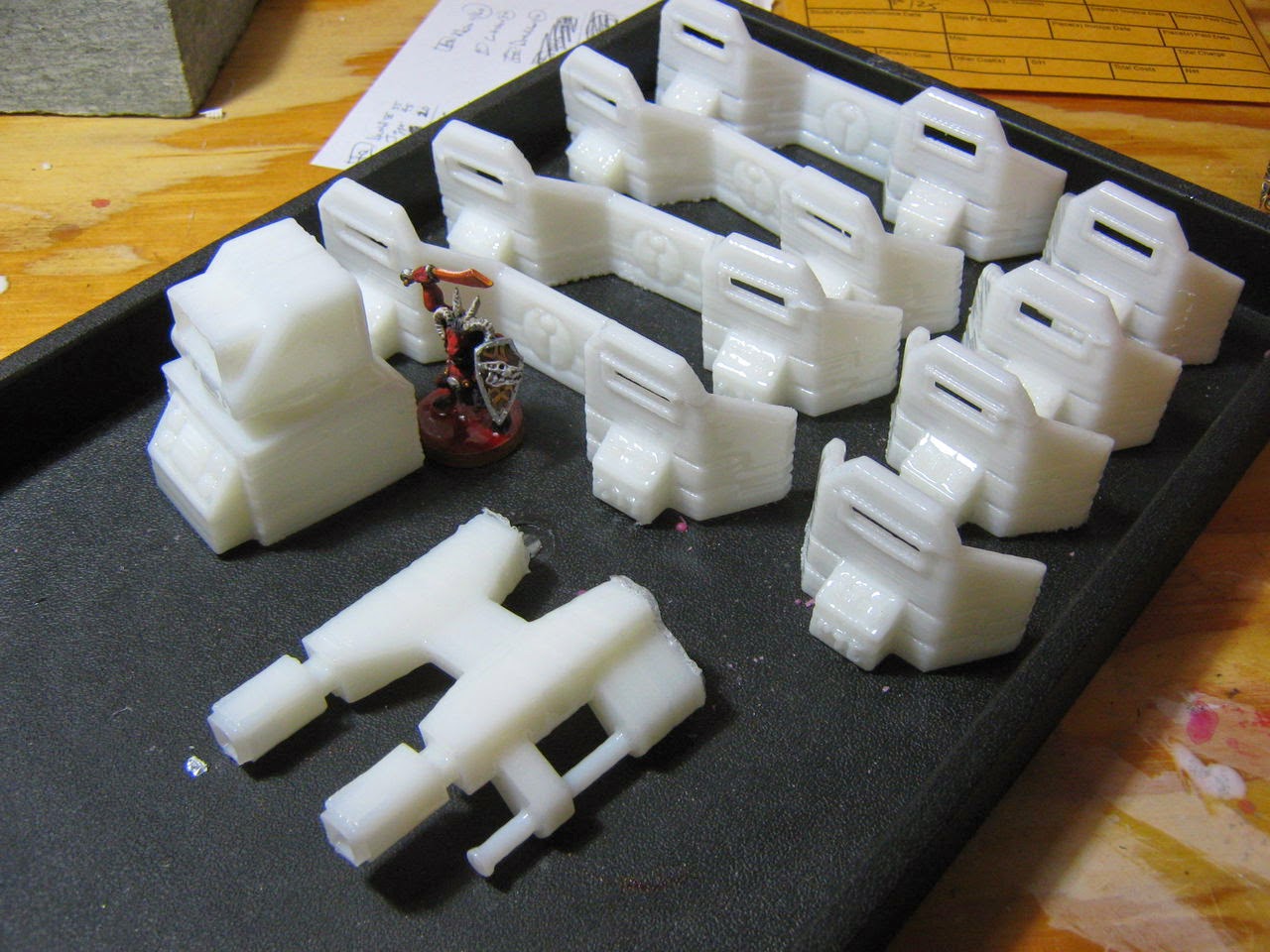 The weird looking "H" shaped object was intended to be an ion looking weapon.  I never actually finished it.