There have been lots of cool things going on in the industry lately.  The latest is that the always popular gaming forum, DakkaDakka, is making a 28mm Scifi Skirmish game.  Not only making, but it appears that they're quite a but into it.

The game is called Maelstrom's Edge.  I'll provide a couple of links towards the bottom so that you can check out a little more.

The nice thing about this game is that I think it has a lot of potential.  I can't imagine a better scenario in terms of community engagement.  We're talking about people with a proven track record of maintaining a well moderated and fairly large community of gamers...  not the easiest crew to make behave.

I'm very optimistic.  They already have a ton of background written and have actually put out two novels to coincide with the game announcement.  I've started the first.  Links to the novels are on the Maelstrom's Edge site.

The background seems to be that there was some sort of explosion in the center of the galaxy that is propagating through the faster than light travel system.  The resulting storm is called the Maelstrom.  Anyone who is in the path of said storm is said to be on The Edge...  hence, The Maelstrom's Edge.

The artwork they've put up shows ruined cities with the purple tinged Maelstrom in the sky. 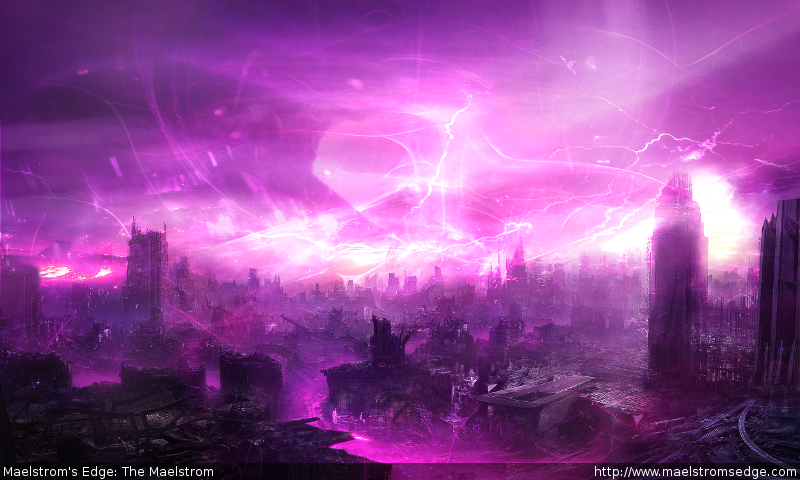 But...  you want to hear about models! 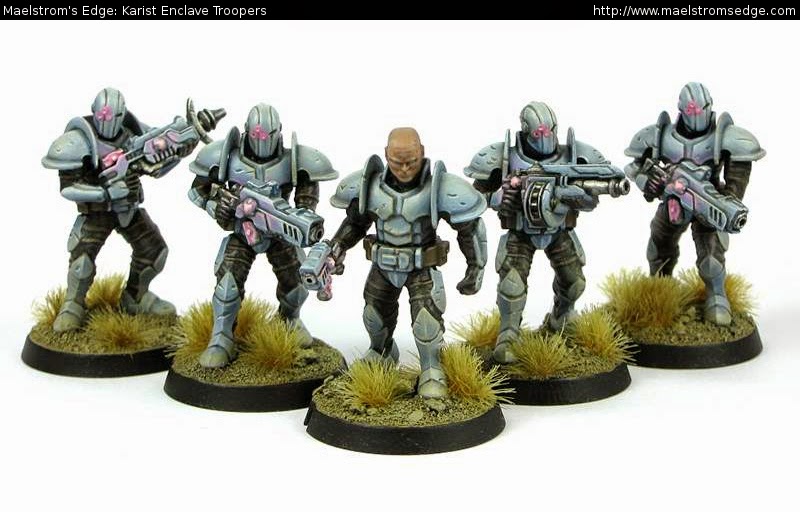 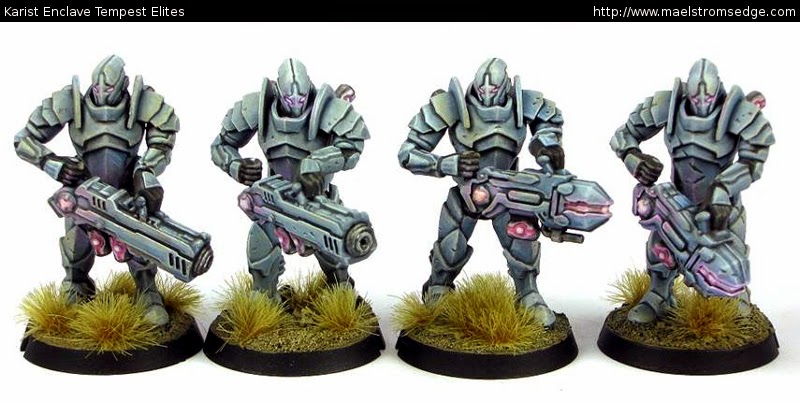 You cam see more on their site.  What they've put up so far is pretty promising.  Not only do they look nice, but... 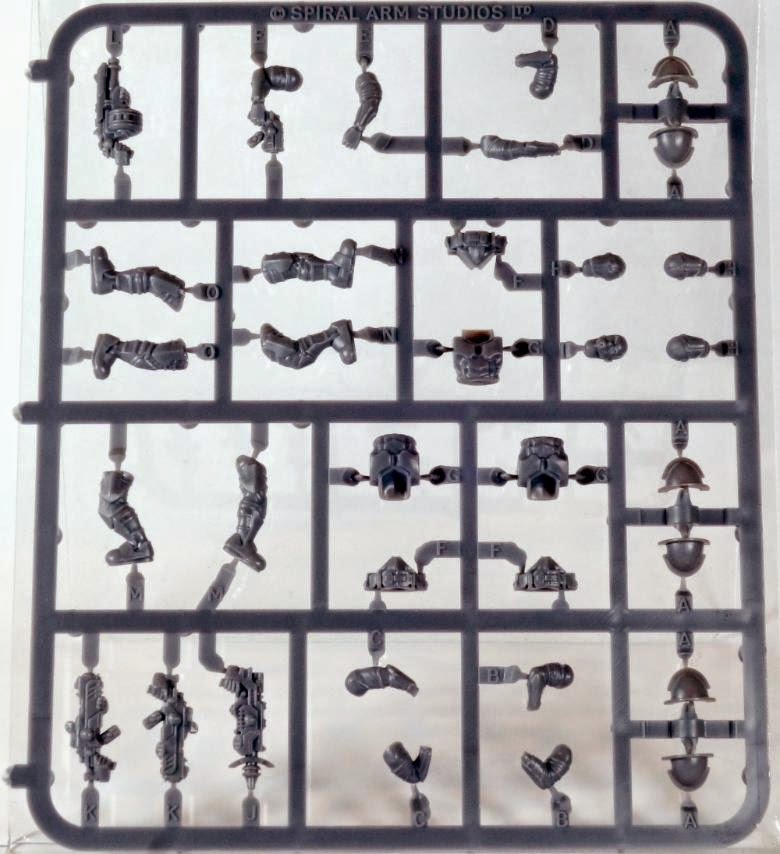 ...they're made from HIPS plastic on sprues!  This is basically like what Games Workshop uses.  No resin or metal nonsense for this game.  This is really good news for me.  These will be easy to work with, convert and repose.

It also looks like they'll be putting out some cool looking robots and little spider walkers at some point.  This excites me. 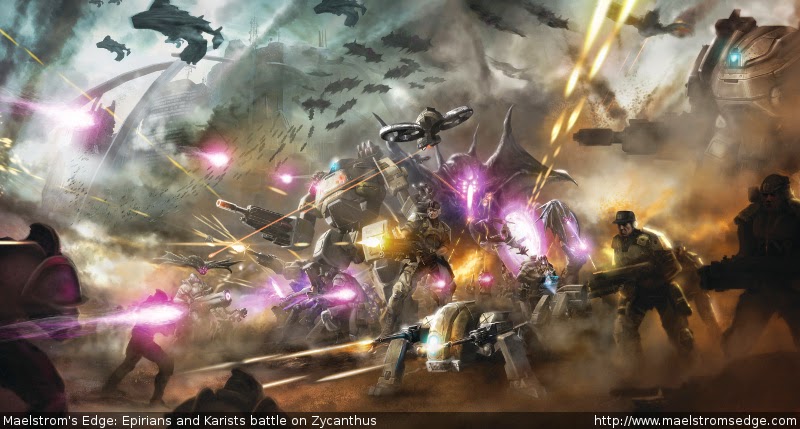 My current understanding is that they'll be doing a Kickstarter, starting around the end of April and going into the beginning of June.  This is longer than the normal 30 days, but I think they'll be able to pull it off.  I'm imagining that the "sweet spot" containing rules and a starter army will be around 100 USD.  I might be wrong, but that seems to be roughly normal for these sorts of things.  I will definitely be buying into this if for no other reason than to support my favorite gaming forum.  Buying into this will be my way of "paying where you're playing".

Again, I'm very, very optimistic that they'll get this right.  I'll post again on this topic when the Kickstarter comes out or as more interesting information is released.

Forum with lots of updates
http://www.dakkadakka.com/dakkaforum/posts/list/644194.page