So, first things first.  FFG has announced Wave III for Armada.  Currently, they've only shown two ships, which can't possible be all that we'll see.  Here they are.  You'll see a bigger post about it when there is more information to share. 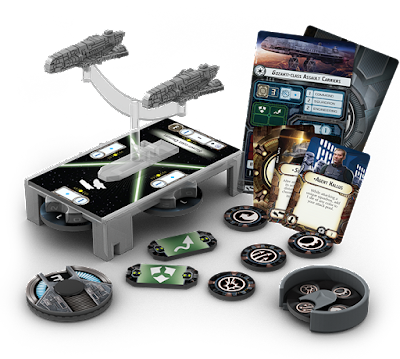 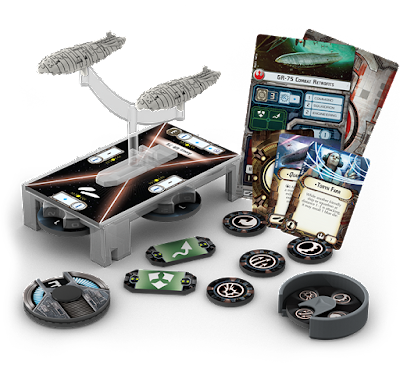 I also got some painting done for my fleet.  I decided to paint the squadrons more or less how the larger ships are painted, but to keep the red isolated to one side of each ship.  I'll probably try to knock out more squadrons over the weekend.  I feel like I have a million of them to paint!

Here you can see that I actually made some effort to paint the engine effect.  Yeah, yeah, I know that TIEs don't look like this, but they're my ships.  I like the blue! 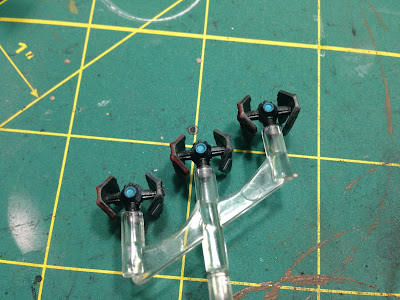 Here's a before and after shot.  These suckers are so small that detail becomes lost.  I was really just looking to give them a cohesive look. 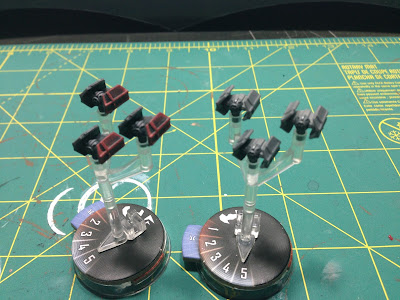 For such tiny models, these things take a long time to paint!  Also...  they are ALL THE SAME.  Sigh.  It's not exciting work.  But... 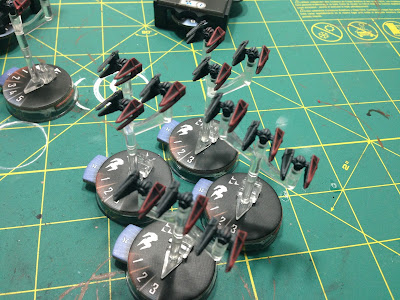 I'm really happy with the end result!  I think the fleet looks really cohesive.  I might need to do something to set the Vader TIE Advanced squadron apart, but haven't decided what yet. 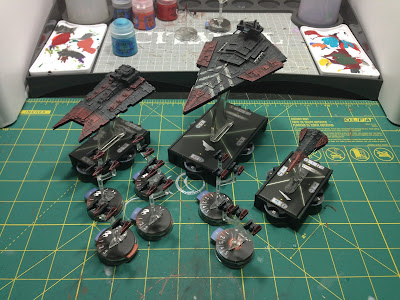