I was playing around on the Fantasy Flight Games website today and found articles about the next several expansions.  They had images of the next three Warlords to be released online.

The first up is a Black Templars Chaplain for the Space Marines faction.  I'm not sure that this guy is going to be a real contender.  He is able to do a sort of poor man's Brutal wherein twice a turn he can smack one of his one guys for a damage to give it +1 ATK until the end of the phase.  He's going to need to have a pretty solid retinue to make him worthwhile. 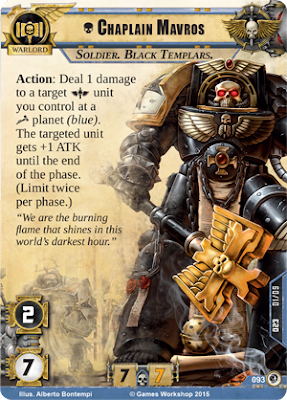 Next up is a Genestealer Warlord for the Tyranids.  This guy seems a little bit better than Chaplain Mavros.  Being able to drop Genestealers onto an infested planet via ambush seems like a pretty useful ability. 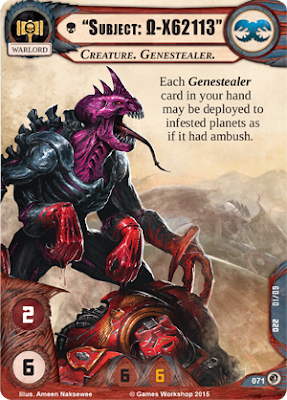 Lastly is Talysin Fharenal, a Saim-Hann Autarch for the Eldar Faction.  This seems like the best of the lot.  She gives all Warriors and Psykers at the same plant an extra point of health.  If there are both Warriors and Psykers present, they also get an extra point of attack.  She seems like the kind of Warlord you'd take if your plan is to overwhelm the enemy with Army units. 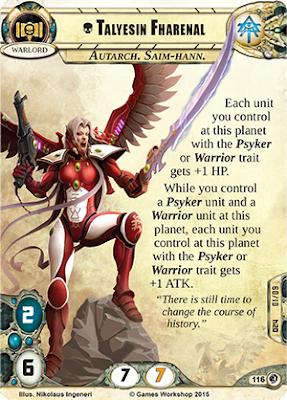 Of course, the Necrons Deluxe Expansion is on the upcoming list as well.  I know Anrakyr the Traveler is one of the two Warlords we'll be seeing.  I'm pretty excited about this one.  I've always been a fan of the Necrons.