I've been thinking about getting into the Horus Heresy version of Warhammer 40k for quite some time now.  I've always been a huge fan of 40k, but it's become almost unplayable these days.  The rules are so fragmented that it would cost more than 1500 USD to buy a full set.  Actually learning all the rules almost requires an involved and ongoing research project.  30k just feels simpler.  From what everyone tells me, it's just a better game.  There are no Formations, no Decurions, no unbalanced Command Benefits.  Every player has a more or less "standard" Force Org Chart with the option for one Allied Detachment's worth of allies.

My biggest issue up until this point is that I don't actually have a Space Marines army.  I picked up a Betrayal at Calth boxed set a bit ago to rectify this issue.  Then I clipped all the models off the sprues, sorted them into a nice caddy and promptly stored said caddy in my closet.

Basically made no progress at all.  Today I pulled that caddy out and started assembling models.  I started with the two characters.  I'll probably work on the Contemptor tomorrow or the next day...  whenever I have more free time.

Fortunately, I'd already clipped all the pieces off the sprue, so all I had to do was glue these guys together real quick.  I think I'm going to be doing an airbrush basecoat and initial highlight, so I'll probably be painting the bases separately. 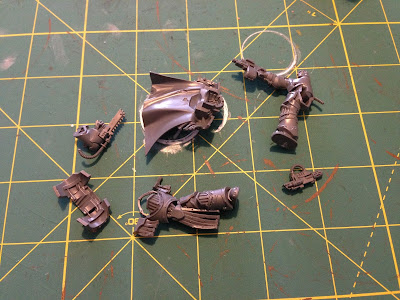 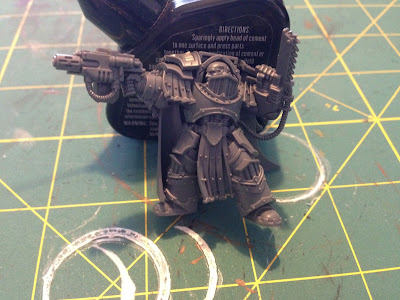 These guys really are amazing looking models.  They have nice poses, but aren't just weighed down with skulls.  GW pushed the skull thing a little too far most of the time. 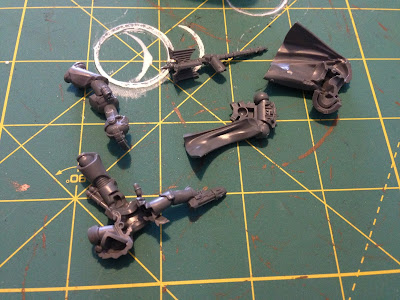 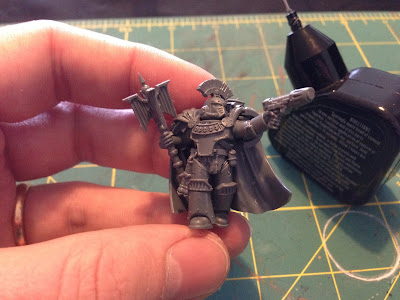