Look at me all sticking to something for more than 24 hours.  My hobby ADD seems to be at a low point right now, so I'm actually looking forward to knocking out some Marines.  I have 30 power armored bodies to work with, so I'm thinking that I'll do two ten man squads with two five man support squads.  I'm not sure yet what type and depending on what I choose, I might have to do a weapons order from Forgeworld...  or more likely, from Anvil Industries.  Their stuff is amazing.

On to the Contemptor.  I started with the same nice pile of pre-clipped bits. 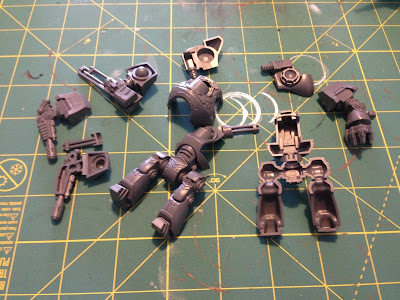 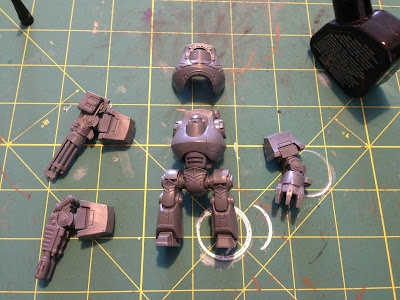 I've decided to magnetize the arms using these 1/4 inch magnets.  They're super strong.  They kept popping out until I realized that the opposing arms were repelling.  I had to flip one to make them pull together towards the center of the body! 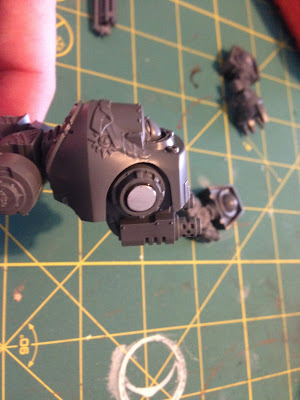 So, I totally thought this would be enough of the ball joint to cut off.  You'll see below, but I've ended up adding about 3mm of spacing between the should socket and the actual shoulder.  It's a little jarring right now because of the shiny metal, but I'm pretty sure it'll get better once the primer gods have had their say (or is it their spray?). 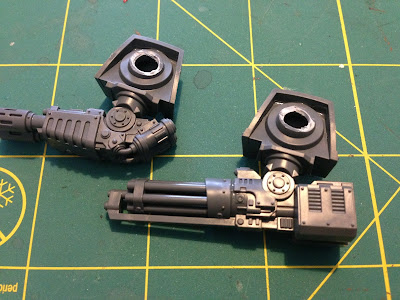 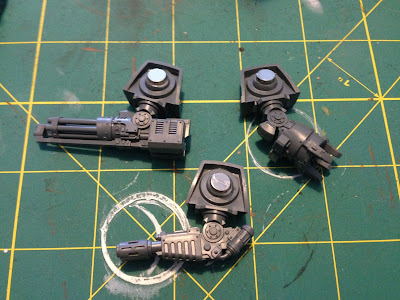 Here he is with the Kheres Pattern Assault Cannon.  The shoulders are definitely separated a little more than I wanted, but I don't think it's a major issue.  In the second photo below, you can see the Multi-melta.  The spacing is exactly the same, but doesn't look bad due to the angle.  I really think some dark paint and not looking at the model dead on will totally eliminate any concerns about spacing. 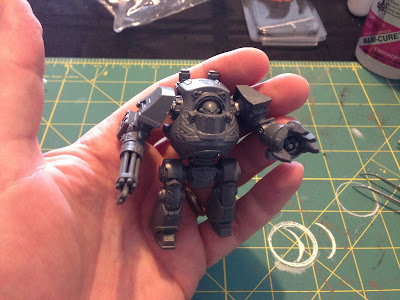 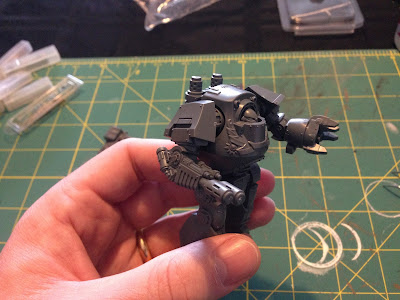 I might end up gluing some extra bits on once I decide which chapter I'm going to go with.  For now, he's just going to be Johnny Plain Guy.  Same deal with the bases.  I'm not gluing onto a base until I've decided on a color scheme.