I know I said I'd be playing some Age of Sigmar over the weekend, but it didn't happen.  I played X-Wing instead for basically the first time.  It was loads of fun and I'll be posting more about it later.  I DO have some Age of Sigmar new though.

Knowing that I needed two extra Retributors and needing a few models himself to fill in a squad, my buddy picked this up.  Priced at $33, it seemed like a good deal for the models and I fully expected that we'd be throwing everything else in the box away.  BUT... 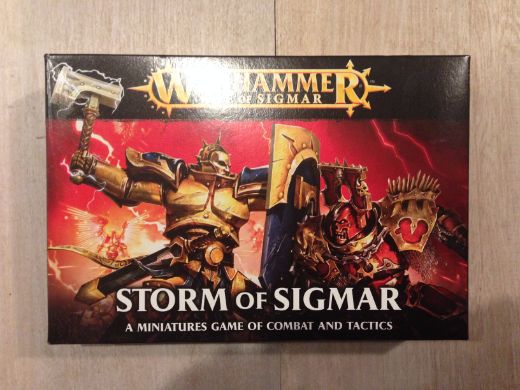 This thing is actually pretty awesome!  Upon opening the box, you'll see that it's just packed with stuff.  Sprues, bases, dice, rules, etc. 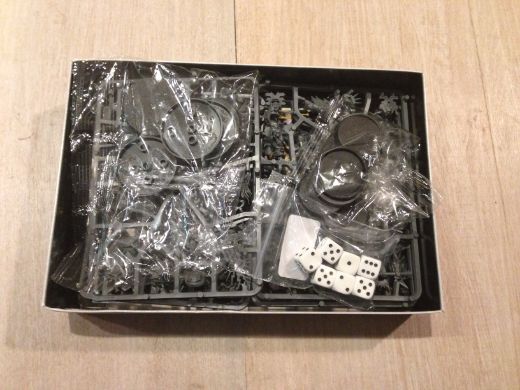 The sprues are clearly recut versions of the models from the big starter box.  You get a total of four mini sprues.  In total, you're getting the following... 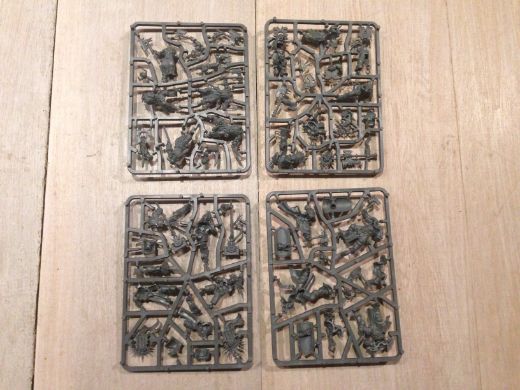 The box also comes with a small assembly guide, a nice pack of dice, four very convenient Warscrolls and a rule book.  Also included, but not pictured is the small Stormcast Eternals transfer sheet that you'd get in a Liberators box. 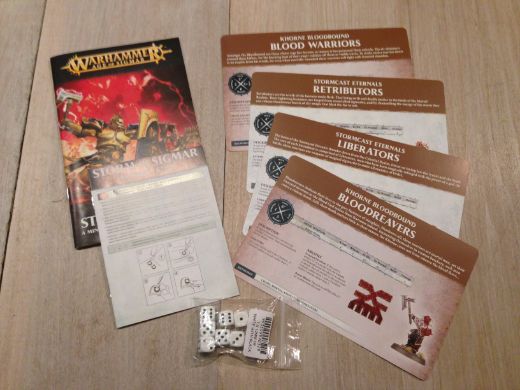 The reverse of the Warscrolls has some pretty cool looking artwork.  Given that he doesn't really need the Warscrolls, my buddy is planning on putting these up on the wall in his gaming room.  I really like that they included these little pieces of artwork.  It really adds to the value of the kit. 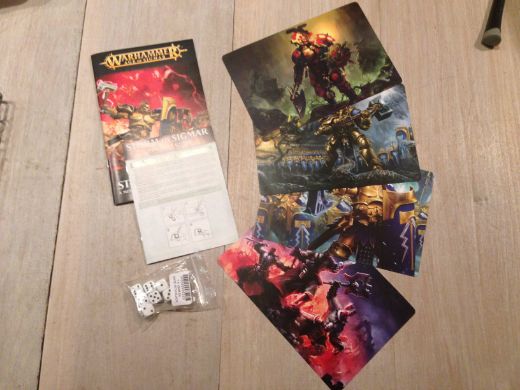 The rule book itself is pretty decently sized.  I was expecting a small pamphlet, but this is actually a pretty decent introduction to the game.  Everything you'd expect to see is here.  A short introduction to the game and hobby, a series of four Battleplans designed to be fought with the models in the kit, the full "4 page" Age of Sigmar rules and a section on how to proceed if it seems like this is something you're interested in.  Oh, and a Rangefinder.  More on that in a second, because I laughed when I saw it. 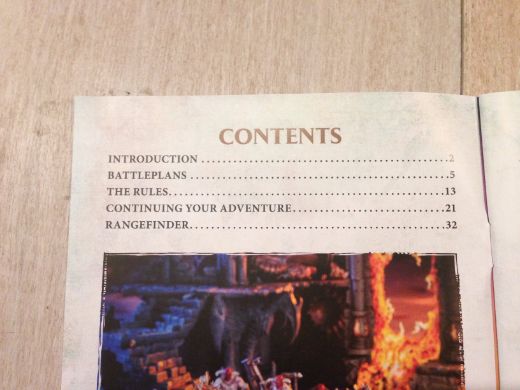 This is the first Battleplan.  I know you can't read the text, but essentially, the three Blood Warriors are deployed at the three black dots on the map.   The map is a 2' x 2' square, for scale.  The Stormcast Eternal player gets to go first and starts by placing the Retributor-Prime anywhere on the map...  even dead center if he wants.  The game then goes for four rounds.  Whoever has the model closest to the center of the board at the end of round 4 OR wipes out their opponent wins.  It actually sounds really cool.  The other three Battleplans are similar and use more of the models until the fourth where you'll use everything in the box. 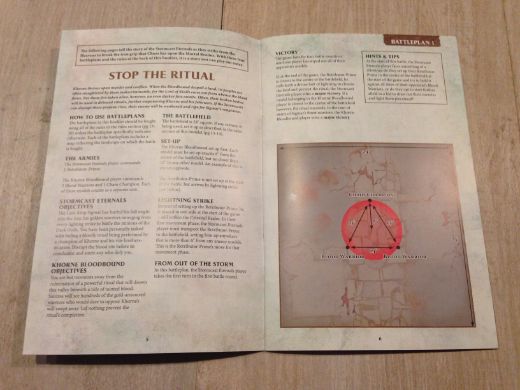 Oh, and the Rangefinder.  It's printed on the back of the rule book.  I laughed at this.  It's a smart move as it reduces the number of components needed and also eliminates a piece of trash for when you inevitably get a measuring tape.  Also give you a good idea of the size of the rule book.  It's a little smaller than the normal GW "small rule books". 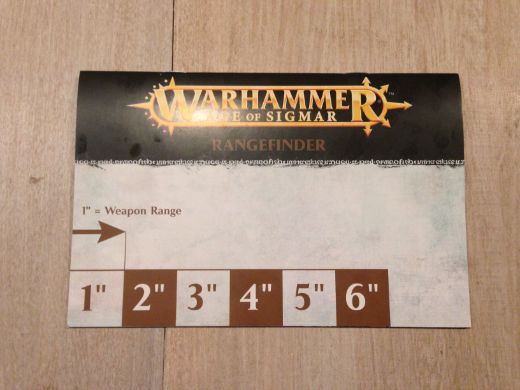 Overall, I rate this product a major win.  I would recommend this for people interested in the game in a heart beat.  In fact, this is probably a better starter set for people who don't know anything about table top gaming than the much larger (and much more expensive) Age of Sigmar "big box" starter.

My ONLY complaint is that the box isn't fully self contained.  You need glue to assemble the models.  If they were snap-fit, anyone could grab some wire snips out of the family tool box and be good to go.  This is ALMOST ready for sale at a big box store like Target or Wal-Mart.  In any case, this is a really good step in the right direction towards lowering the barrier to entry of playing these games.