I spent a bit more time putting together the other Gunner and the Basher.  On a side note, I get a kick out of how NOT creatively the Rhulic Jacks are named.  The Gunner has a gun.  The Driller has a drill.  The Basher bashes stuff.

I actually love the aesthetic of these models.  They aren't really shaped like humanoids in that they don't have arms.  It's nice to see a little variation.  Warmachine Warjacks can get a little repetitive as they all look pretty similar from faction to faction.  I like how the dwarves took guns and battering rams and gave them legs.  They didn't build dwarf shaped robots with guns in each arm...  well...  except for the Driller, I suppose.

This post is going up Friday morning.  These guys will see some action Friday night.  My next post will hopefully be a full accounting of victorious battle.

Anyways, here are some pictures... 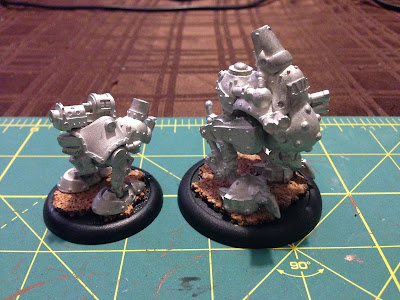 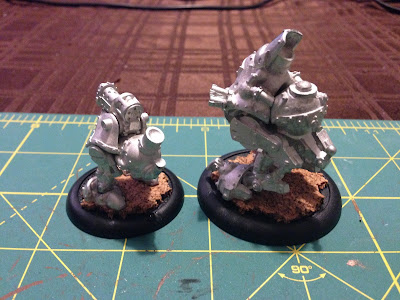 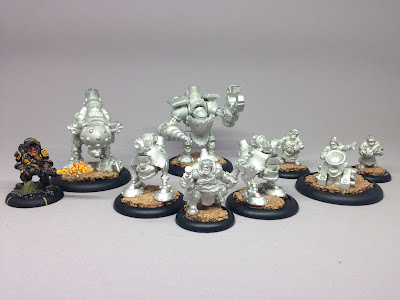 Two more small 'Jacks and the force hits 25 points.  The goal is to get them done before the Friday night game.  They're a quick assembly job with no pinning required.