The dudes I assembled today are the Grundback Gunners.  They don't have much in the way of health, but they're cheap.  Like the Blasters from the previous post, these guys are basically just guns on legs. 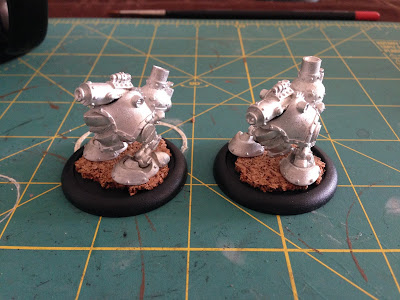 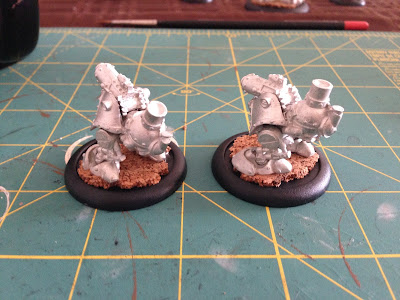 I also knocked out the basing for these guys by gluing down some sand.  You'll note that I'm using the "Good Sand".  There's a story behind it.  It's not super exciting, but I get a kick out of it, so I'm going to tell it anyways.  A couple of years into my marriage, my wife went to the local GW store to get my a birthday gift.  She had already gotten me something "real" and was just looking for a little something extra.  My friend, who ran the store at the time, convinced her that I would be really excited by a container of sand.  He did it as a joke.  Nobody gets excited by sand.  So, this is now my good sand and it only gets used for special occasions.

See..  not a very exciting story. 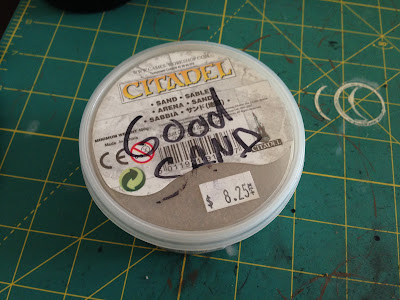 Sanding!  Yay!  This is so tedious and boring.  Plus, I ruined a brush by accidentally getting a little superglue on the tip.  Kris is sad now. 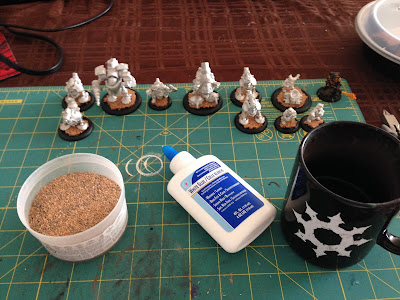 Here is the full 25 point list, with PVA/sand mix drying.  If the weather holds up, I might do some priming later tonight.  I'd like to get to a point where I can start painting ASAP. 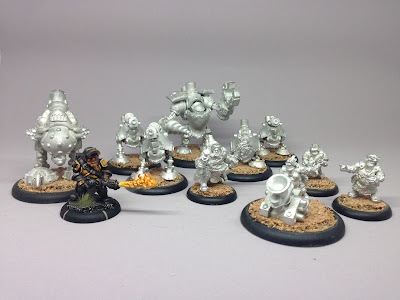 This is what the full list looks like.  I'll write a little more about each unit in the next post.  I should have a couple of games under my belt by then. 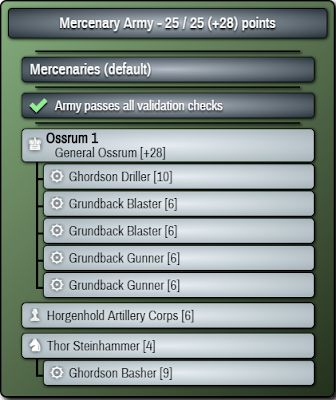