I've almost decided on a paint scheme for my Ironjawz.  I want something dark and relatively easy to paint since in a perfect world I'll be painting 1,500 points before my November 12th tournament.  I bought GW's How to Paint Ironjawz ebook for some inspiration.  There are lots of cool color schemes, but only two that I think I could reasonably have fully painted 19 days from now.  They're the Asheater Boyz and the Kryptboyz.  There is a third clan that I like a little better, but don't think I could paint in time.  It's the Skybasha Warclan.

From a background perspective, they're all pretty cool.

First up is the Asheater Boyz.  Their armor is predominantly black, darkened with the smeared on soot from Sylvaneth tree gits who've been set on fire.  I like the imagery of my buddy's thrice damned Kurnoth Hunters being the primary ingredient in my Orruk's armor paint.  The bits of red and white would give the army a little more variety. 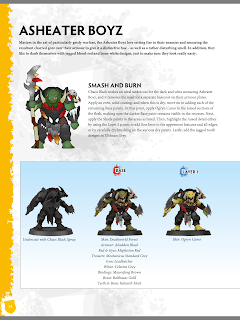 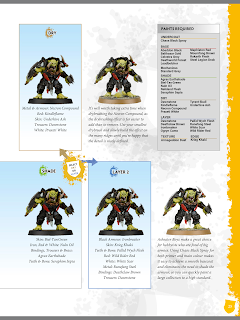 Next up are the Kryptboyz.  This clan hangs out in the realm of Death and spends their time fighting a variety of undead (and fully dead) opponents.  This color scheme appeals to me because another of my buddies plays a Flesh-Eater Courts army.  I like the idea that my Ironjawz have just been giving his army grief forever. 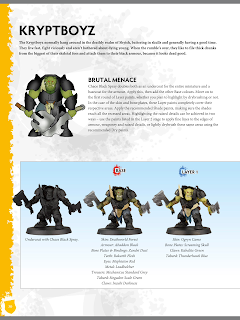 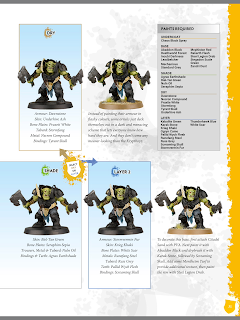 Last up is the Skyslash Warclan.  I like the color scheme, but the background is a little weird.  It says that these Orruks like to fly through the sky in their cobbled together "scrap-crafts".  This sounds weirdly like a 40k sort of thing.  I'm honestly not sure. 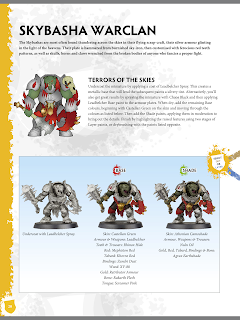 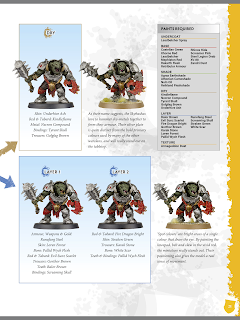 In any case, I need to choose quickly.  I'm on vacation this week and want to start painting tomorrow.  I have MOST of my 1,500 points assembled, but they're not primed at all.  The only thing I have left to assemble are three Gore-gruntas and a Warchanter.  Everything else is ready for priming and painting.