I played the first scenario from the Zombicide Black Plague core box last night.  It was a ton of fun.  I had previously played the tutorial mission.  The tutorial was a little boring.  This was a nightmare of zombies coming out of every room.

I also got some painting done on my rats.  I'm using the paint scheme from Duncan's WarhammerTV channel from when he painted Thanquol and Boneripper.  I like the results so far, but man is this tedious.  I might shift up a little and work on the Warlock Engineer tomorrow.  I still need to do the reddish puckering around the branding wound.  Really, only the skin on the back is done. 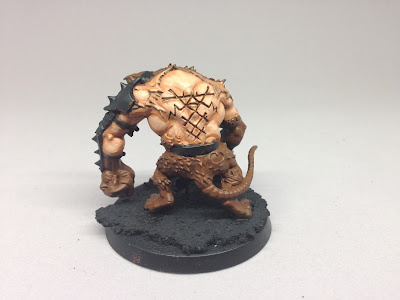