I decided that the leader of my Ironjawz war band would be an Orruk Megaboss.  The offical model is definitely nice looking, but doesn't wow me.  It basically looks like a slightly upscaled Brute. 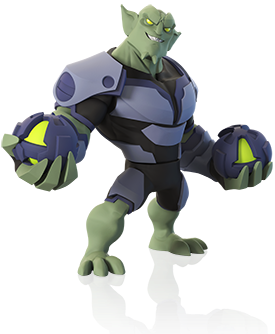 He's the Green Goblin model from Disney's Infinity video game thing.  I've used a Hulkbuster Iron Man from the same line before to act as a Tau Empire Riptide.  I know you can't tell the scale in the above photo, but this guy fits on a 60mm base, same as the Megaboss, but is about twice as tall.

I sifted through my bits box and came up with a ton of bits that I thought would work.  I think when  I get some paint on him, he'll fit right in with my war band.  The barrel in his hand represents the Battle Brew artefact. 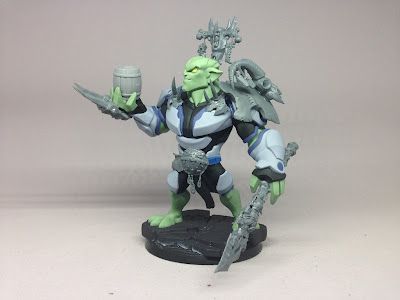 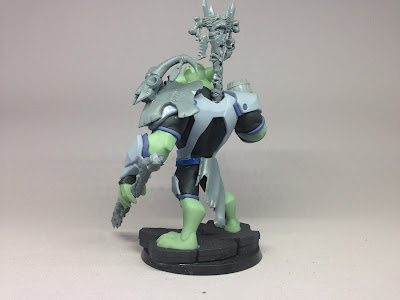 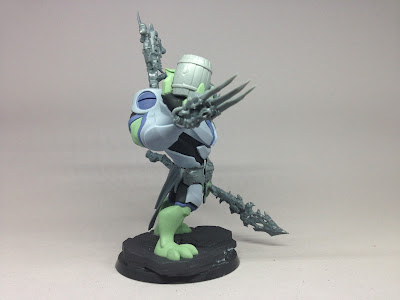 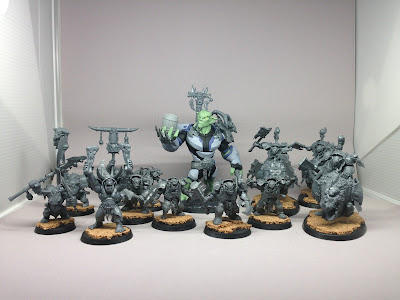