On November 12th, there will be a 1500 point Age of Sigmar tournament at Showcase Comics in Swarthmore, PA.  There was a 1000 point list there about a month ago and it was a ton of fun.  I'm really looking forward to playing 1500 points. 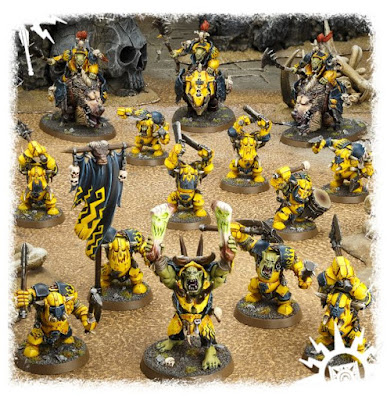 I've decided on playing Ironjawz.  The list will be as follows...

All of the units are a part of the Ironfist, which allows them to move an extra D6" in the hero phase, assuming whichever model was designated as the battalion boss is still alive.

I'm tired and have had a particularly shitty week.  Goodnight for now.