Belisarius Cawl has SO MANY PARTS!

I think I may have mentioned that my friend bought a Triumphirate of the Imperium box, but didn't want Belisarius Cawl.  I picked it up from him for 1/3 the cost of the box. 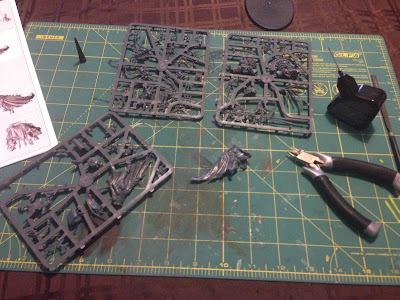 This guy has some seriously creeping looking legs.  There is actually a ton of sculpted detail on the bottom of the model.  I think in the past, GW would have just had a flat surface or a hollow robe.  Cawl actually has fully modeled legs and a weird power train thing on the bottom.  I wish I had taken a photo before gluing him to the base. 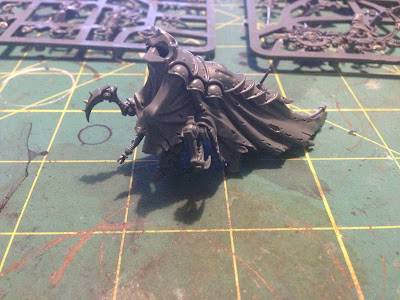 Here he is, fully assembled.  I've been putting models together for years and this was a pretty tricky kit.  There are so many small parts that connect in multiple places, that I'm not sure a beginner would be able to properly assemble it. 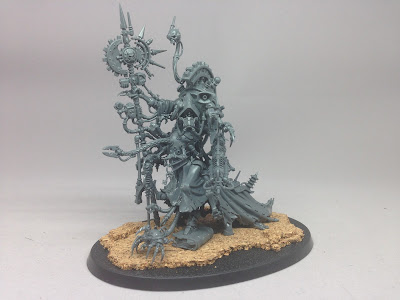 There are rons of cool bits on this model.  My favorite is this little servo skull holding up a small length of cable.  Alas, it snapped off almost immediately when I picked the model up.  Sigh.  Oh well, It's impossible to tell that something is missing. 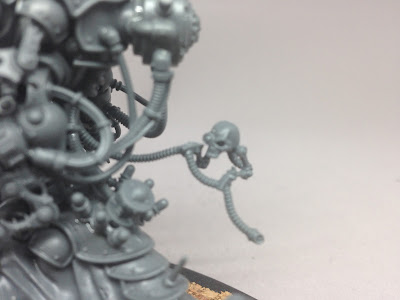 I also like this little spider thing.  It's connected to the underside of his robe by a long cable.  Seriously, this guy would be terrifying in the real world. 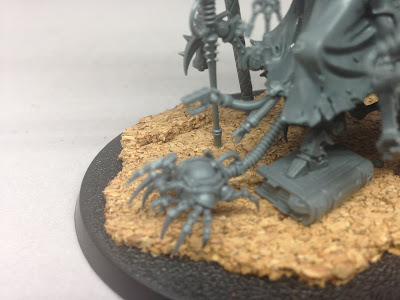 Hard to tell from the image, but he also has a pretty fierce looking manipulator claw.  He's pretty solid in close combat. 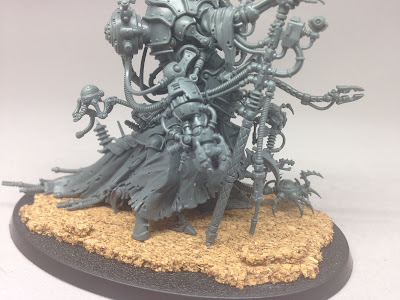 Finally, to give a full idea of how large he is, here he is standing next to a couple of Skitarii Rangers.  The plan is to get him painted up sometime in the near future.  It's going to take awhile, given all the detail. 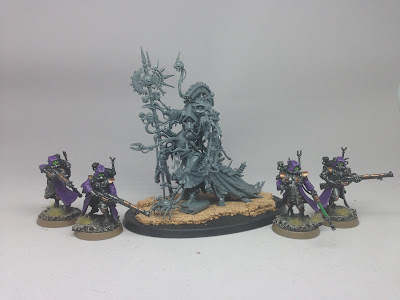