On 2/12, I played in a Star Wars X-Wing tournament.  Yeah, yeah, yeah.  I know.  I waited forever to post about it.  This was also the first game of X-Wing I've played in almost a year, so prepare to be underwhelmed by my performance.

I really wanted to try out the Quadjumper.  I think it's a cool concept that it can fly backwards and throw small ships into asteroids and debris fields.  In practice, my concept didn't work well.  Fenn Rau dies to one solid hit.  The Quadjumper can take two hits, but moves slow enough that it's hard to get it into position.  The Lancer-class is pretty solid, but can't survive on it's own.

Even though I lost literally every game, I actually got ALL the prizes.  Everyone who played got a copy of alternate artwork Veteran Instincts and Swarm Tactics.  Then, the first player got a Ketsu Onyo alternate artwork card.  I was obviously not the first player, but the winner came over to me afterwards, told me he didn't need it and offered it in trade for a couple of upgrade cards he didn't have.  I had multiples, so that was an easy decision.  For the acrylic Tractor Beam tokens, we all rolled off.  I won that roll.  Pretty cool loot haul considering I came in dead last. 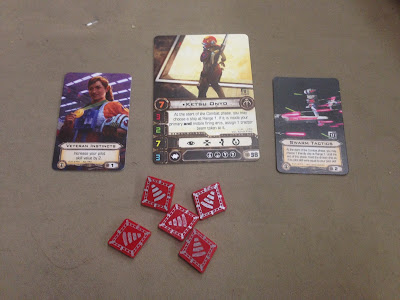 Here are a couple of glamour shots from different games.  I love these mats.  Makes the game so much nicer. 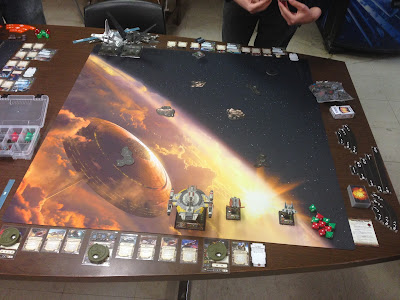 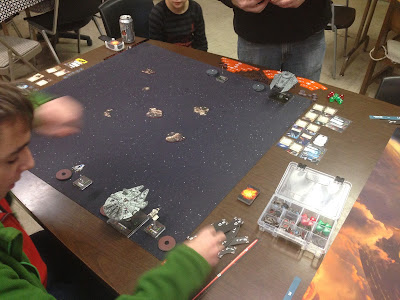 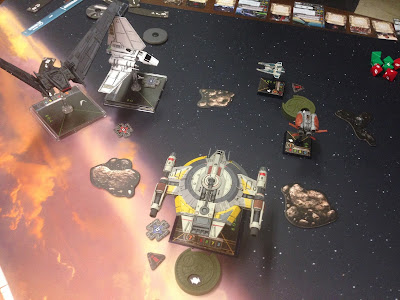 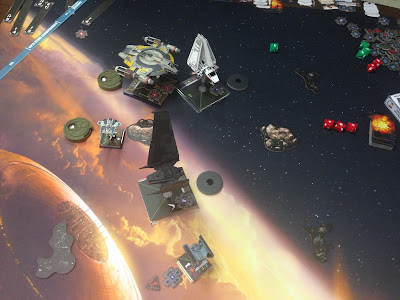 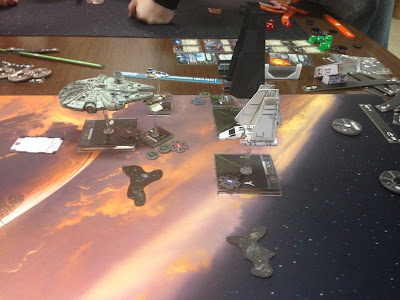