We're two weeks into our Heralds of Ruin campaign, and I have Requisition Points to spend!  I read through the rules a little more closely and realized that models can be "upgraded" by putting the points used for a previous upgrade towards a new one.

What does this all mean?  Well, it means I realized that if I have a Meltagun (which one of my dudes has), I can swap it out for the same points cost Plasma Gun in between weeks based on the army I'm facing.  SO....  I needed to paint a Plasma Gun Dude.

Here he is.  I'm particularly happy with the freehand hazard stripes and the face.  I was debating trying to do some object sourced lighting based on the plasma coil, but I don't want to screw up the model. 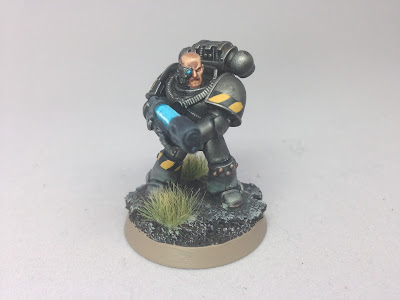 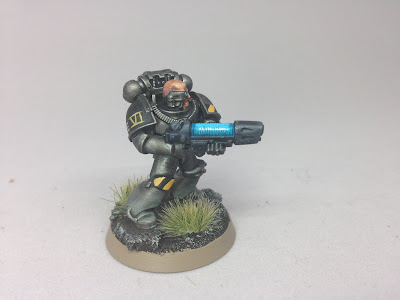 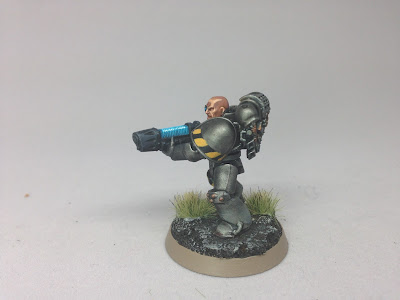 The collection of painted Iron Warriors is coming along, slowly, but surely.  Here's a group shot... 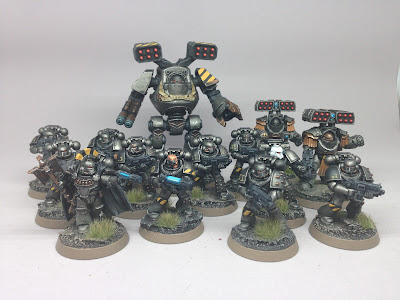