What to Expect when You're Expecting Part 1

FROM THE PEN OF THE BEARD OF DOOM...


Gaming is at a point of total anticipation for me. I’m waiting for the Armada Nationals Tournament on Wednesday. I’m waiting for Armada Wave 3 to be released. And, I’m waiting for my Hordes Trollbloods Mark 3 starter set. In essence nothing in my life has changed, but everything has absolutely changed in a radical and unpredictable way, because I now prefer games that are centered on unit activations instead of full player turns.

Armada is my favorite tabletop game of all time. Tournament jitters are part of the fun. New releases are massive events because they happen once or twice a year, like Christmas or my birthday.

As of this writing my whole experience with Privateer Press Games is limited. Six or seven years ago, I bought a Khador Mark Two Starter Set and a few units (which for me means, I bought a 35 point army). I played it once or twice and put it aside. The game wasn’t what I was looking for at the time. I wanted a game where hulking warjacks brutalized each other and what I got was an infantry based game. The game languished in my basement. Occasionally a friend would ask to get a game in, I’d trot everything out, lose with grace and dignity, put it back in the box, and put the box out of sight and out of mind. Mostly, it stayed in the basement because I was and am very into 40K.

Recently, I was standing behind my beloved Orks as they rampaged through the grim dark future. My mind began to wander, a lot. To the point where my long time friend and opponent had to keep reminding me of what was going on. I love 40K, but for my gaming life seventh edition is a tedious affair compared with its earlier editions. Afterward he said roughly the following to me, “Ever since you got serious about Armada, you don’t seem to be able to focus in our 40K matches.”

At the time I denied his accusations and said something about work stress and lack of sleep, but he was right. Since I got serious about an activation driven game, turn based war games feel slower. 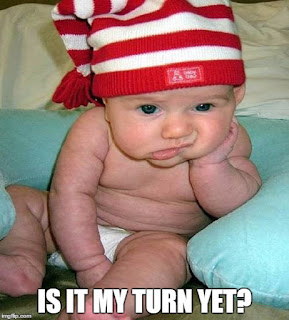 The time I used to spend planning out my counterattack are now spent daydreaming, because I’ve acclimated to responding in the moment. The gut wrenching worries about losing a unit feel pointless in 40K, because I can’t use them until his entire army has attacked. But when it’s your army then my army, meh. You kill what you kill. I kill what I kill. Let the dice sort ‘em out. A huge part of my mentality comes from the quirks of a phase based system. My Orks make their movement but failed their charge, so my whole plan is shot. Nothing I can do until my next turn.

Conversely, in Armada, I frequently break into cold sweats hoping a ship lives until I can activate it one last time. I’ve restructured attack plans and whole battles around that idea. I’m forced to admit Armada has changed me forever as a gamer. So much so, that I’m willing to try Hordes and see if their layered synergy system is more engaging than the traditional turn methodology.

To be clear, the brief reading I’ve done tells me Hordes is not the same activation style as Armada. But I want to experience the Privateer Press activation style and see how it suits me. I’m hoping it’s more intense and more engaging by allowing some additional flexibility into my battle plans.

I hope this was somewhat fun to read. Until next time—She’s Got Admiral Ackbar Eyes and whatever it is trolls do.