Today's post is sort of an assortment of things I've been working on, looking forward to and buying.

First up is this little doodad.  I bought it at an arts and crafts store.  It was in the scrap booking section.  It's a fancy hole punch that makes leaves that should work pretty well for 40k and AoS base decorations.  I punched some sample leaves out of 110lb card stock and am pretty happy with the results.  I'm going to try gluing them down to a sample base over the course of this week and painting them up. 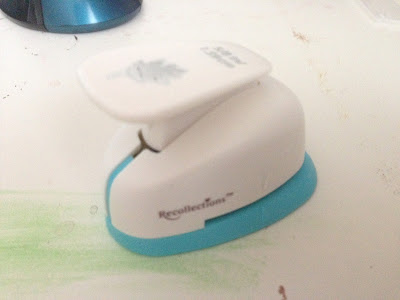 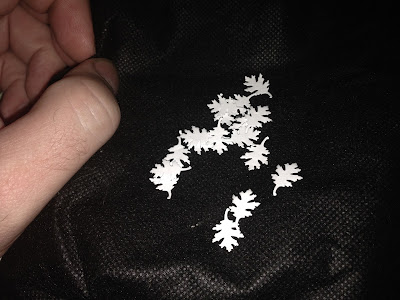 Next up is something I want to buy. Fantasy Flight Games put out a card game version of Warhammer Quest.  It's a ton of fun.  They just released two character expansions that give a little needed variety to the game.  These expansions are only $5 each. 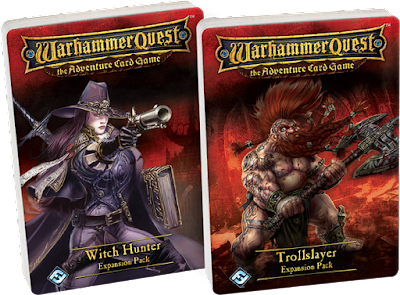 Lastly, something I did actually buy.  I've been really enjoying Descent: Journeys in the Dark a lot lately.  As I've mentioned a couple of times, the Road to Legend app allows you to play without the need for an Overlord "bad guy" player.  It allows gives you expanded options, characters and missions as you buy more of the physical expansion packs to support the game.  To whit...  I used some Amazon.com credit today and picked up two of the expansions.  Lair of the Wyrm is the first small expansion and The Trollfens is the second.  There was an expansion released between the two that was bigger, more expensive and with more content, but wasn't discounted.  I got both of these at about 25% off.  I'm pretty excited for these to come in.  I think I'll start a new campaign with my wife when this stuff shows up. 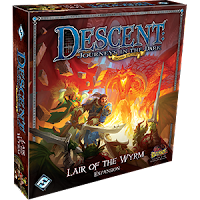 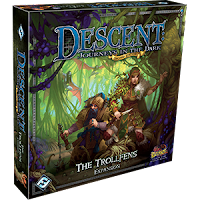 I think I'm most excited about The Trollfens expansion.  The tiles look really cool and add a wet, swampy look to the outdoors areas. 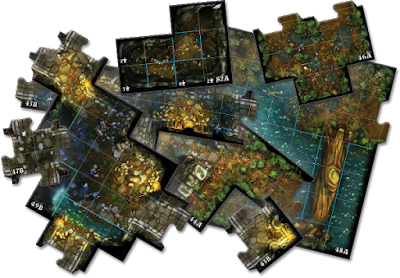