What to Expect when You're Expecting Part 2

FROM THE PEN OF THE BEARD OF DOOM...


Now that the cards have been leaked and Flotillas are coming to Armada in the next few weeks, I feel like a man at the end of a chapter in his life. My Ackbar army list, which has finished sixth at the Pittsburgh Regionals, sixth at the New York Regionals, and Eighth at the West Virginia Regionals [plus 3rd at Nationals? -Kris], will cease to be relevant the minute flotillas hit the shelves. The list has been the focus of my tabletop life for sixth months, and I’m loath to say goodbye.
I come from games with longer life cycles, so I’m used to an army lasting a year or more. I feel like the Ackbar list, despite all the tournament play, is still young and in its prime. I should have six or more months to enjoy it. Instead I have a few weeks. 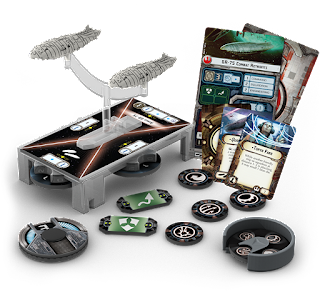 That said, flotillas will usher in a new era of strategy for Armada, because they will increase the activation count and alter both the lifespan of larger ships and how squadrons are used. The average activations per list will rise by at least one, and I think most lists will have five. However the biggest difference comes from the flotillas’ flexibility, which prevent players from using corvettes as blank cards. Right now, most high activation lists (4+) activations tend to have one activation that does nothing (other than make your opponent go twice). Now, I feel like those activations will allow a player to gain more of an advantage through buffs or tend squadrons.
Furthermore flotillas will make all players take squadrons seriously. As it stands players generally have a list that gives squadron commands or a pile of squadrons floating in space to act as a meat shield. I’m the latter. My squadrons die to a man in almost every game. Now, those poor doomed bastards will have a chance to do something on their way through the game. I find that idea super exciting. It’ll be nice to give my A-Wings and X-Wings something to do other than die screaming while my ships attack other ships.
This newfound respect for squadrons comes from the clear synergy of using two flotillas to up the activation count of the list while letting them run the four squadrons already on my list. No upgrades required, and my list is instantly more effective. Obviously, this is just my jumping off point, but it’s still nice to have an idea of where I’m starting and how many flotillas I’ll need to do so.