Hey all!  More Destiny talk today.  These are the current yellow cards that I have in my mill deck.

First up are two of the more useful cards.  Diplomatic Immunity is just great.  Four resources is quite expensive, but the cards gives my characters a ton of durability.  Four facings with shields means I'll probably be dropping shields onto my characters every turn.  The Thermal Detonator is in the deck primarily for the two discard facings.  The special is actually something I don't want to see, so I'd probably try to re-roll it. 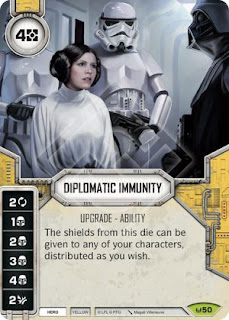 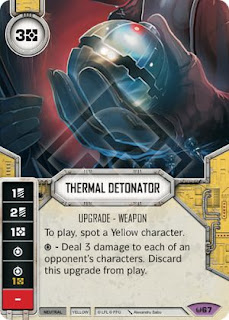 Cunning's usefulness depends entirely on what my opponent throws down.  Realistically, I'd use it's special to activate Padme's in the absence of something better.  The Falcon is there for the discard facing.  The special is useless in this deck, so I'll treat it as a blank. 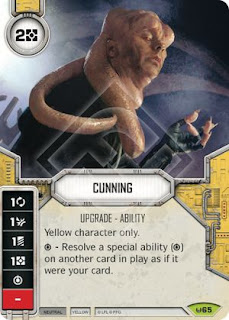 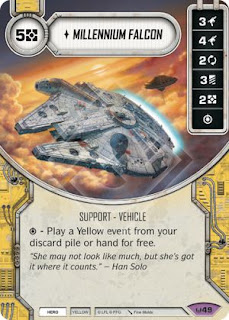 The last two cards are mixed.  Second Chance is only useful for Padme.  Infamous will probably give me a couple of extra activations per game.  Really, I just threw these in because I didn't have any other cards.  I'd like to replace both, but need more card options.  I'll probably pull these cards after I get another box to open. 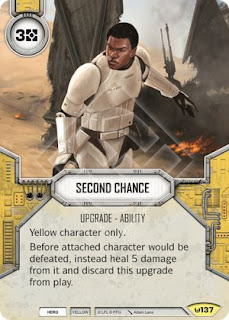 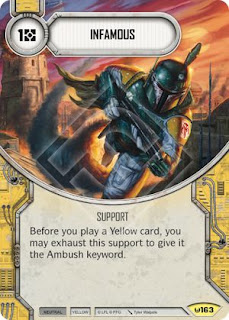