I'm super giddy about Star Wars right now.  I'll be heading to my local gaming store after work tonight to pick up my box of Star Wars Destiny boosters.  I'll also be picking up a Rey starter if they have one available.  I'm assuming that they will.  Then again, FFG can be a little spotty when it comes to initial supply for popular new products.

Today I'll be talking about the upcoming Quadjumper for X-Wing. 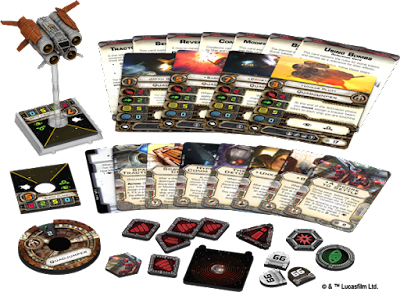 As per normal, the ship comes with a ton of bits and pieces.  There are the normal four pilot cards plus eight other upgrade cards, one of which is one of the new Condition cards.  I'll show that in a bit.

The ship itself looks pretty cool.  It's essentially a space tug boat.  Huge engines and a small cockpit.  I really dig the style...

The ship has some cool upgrades.  It includes a new Condition card which is just going to make it much easier to hurt one of your opponent's ships. 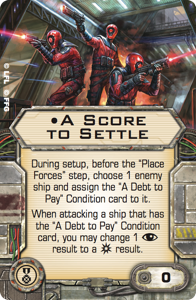 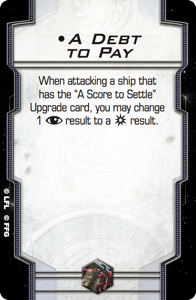 There are also some other good upgrades.  The Scavenger Crane is going to be really nice for those ships that like to get in close and blow up ships with secondary weapons.  I'm really more interested in the Spacetug Tractor Array.  I can see a couple of Quadjumpers equipped with these and some bombs or rigged cargo chutes making for some fun shenanigans.  It would be fun to just slam your opponent's ships around. 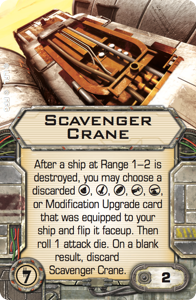 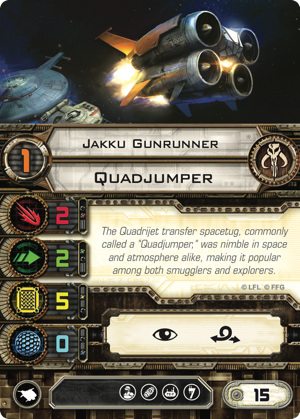 I'm definitely picking up one or two when these come out.

Now, if tonight could just come so I could get my hands on some Star Wars Destiny.